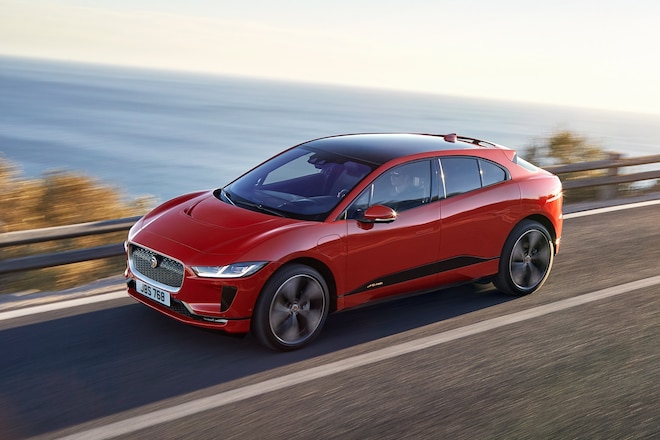 Jaguar has revealed its first all-electric production vehicle, and perhaps the first true rival to the Tesla Model X. The 2019 Jaguar I-Pace will make an appearance at the Geneva Motor Show before heading to customers in the U.S. in the second half of the year.

The I-Pace delivers a total system output of 394 hp and 512 lb-ft of torque with the help of two electric motors. One motor sits at the front axle while the other is at the rear. A 90-kilowatt-hour lithium-ion battery sits between the two axles and is mounted low, contributing to a 50:50 weight distribution and a lower center or gravity. We had the opportunity late last year to ride shotgun in an I-Pace prototype, and walked away impressed by its ride and handling. We also had the chance to experience the prototype's acceleration, which felt even quicker than the 4.5-second 0-60 mph time Jaguar is claiming (Jaguar originally estimated 4 seconds for the prototype). Although EPA estimates are not yet available, the automaker anticipates a range of 240 miles. 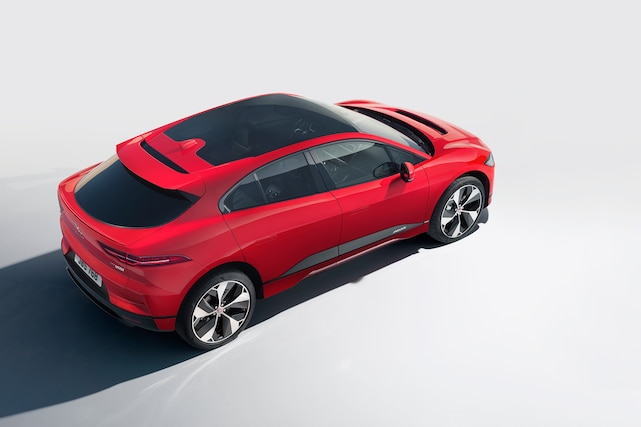 So how does the I-Pace compare to its key rival? In terms of range, the I-Pace is most comparable with the base trim level of the Model X, estimated by the EPA at 237 miles, although the 100D model tops the range at 295 miles. The Model X can hit 60 mph in just 2.9 seconds in the P100D trim, but the 100D is estimated at 4.7 seconds and the base model at 4.9 seconds.

The aluminum-intensive I-Pace slots above the compact E-Pace as a midsize SUV. Measuring 184.3 inches in length, the I-Pace is just 2 inches shorter than the F-Pace. It looks pretty much the same as the concept version from a few years ago, retaining a cab-forward driving position, sloping roofline, hood scoop, bold character lines, and slim headlights. It also has available 22-inch wheels, and door handles remain flush with the bodywork until you touch them or command them to rise with the key fob. Inside the cabin, you'll find the new dual touchscreen system that we've seen in the Range Rover lineup. 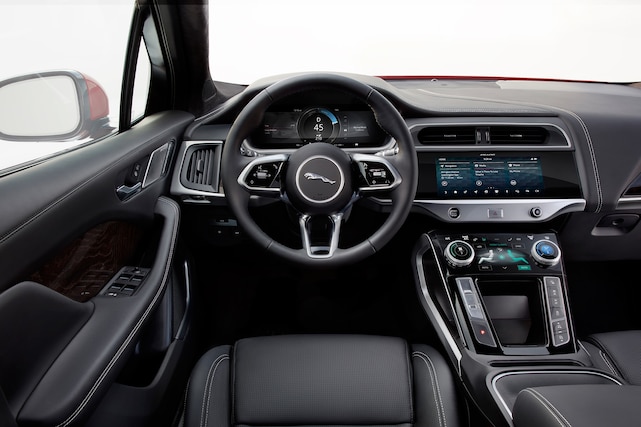 Charging the I-Pace to 80 percent takes around 40 minutes with a 100-kW DC fast charger. With a 230-volt wall box at home, it takes 10 hours to reach this level. To help improve battery energy control software as well as infotainment technologies, the automaker has enabled over-the-air software updates for the I-Pace, a first for Jaguar.

U.S. pricing for the 2019 Jaguar I-Pace will be revealed at the Geneva show next week. Trim levels will include S, SE, and HSE, as well as a First Edition model that will be available for one year only.