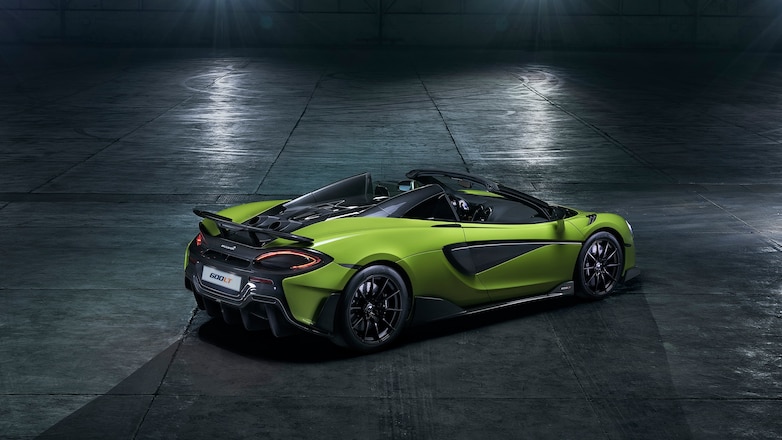 Just about the only thing that can improve the supercar experience is taking the roof off, especially when the change results in basically no penalties to weight, performance, or dynamics. Such is the promise of the incredible new McLaren 600LT Spider, the retractable-hardtop version of one of our favorite cars, the 600LT.

The Spider conversion—when properly equipped—adds just 110 pounds of mass to the coupe and required, McLaren says, no additional bracing or strengthening of the MonoCell II carbon-fiber tub that serves as the models' foundation. The three-piece powered top is the same as the 570S Spider's and can be operated at speeds of up to 25 mph, while an electric wind deflector/rear window can be lowered with the roof up or down.

You'll want to keep it and the roof down as much as possible, the better to allow the twin-turbo 3.8-liter V-8 to pummel your eardrums with the fury of its top-exiting exhaust. Imbued with the same 592 horsepower and 457 lb-ft of torque as the coupe, McLaren states an identical zero-to-60-mph time for the two cars: 2.8 seconds. The fixed-roof model will achieve 124 mph 0.2 second quicker, but the Spider's 8.4-second time is plenty quick enough for basically anyone, we'd say. The Spider's top speed is 201 mph with the roof up or 196 with it down. McLaren's quick-shifting seven-speed dual-clutch automatic handles gearchanges. 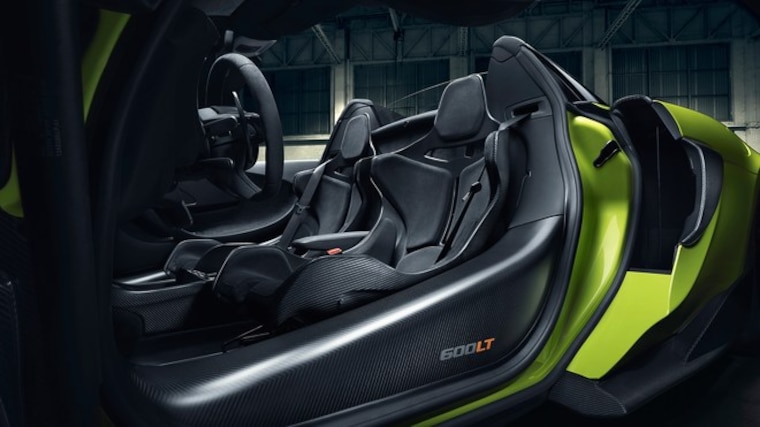 Ultra-sticky Pirelli P Zero Trofeo R rubber is standard, underscoring the purpose of the 600LT lineup: to go fast on a track. As such, the chassis carries over essentially unchanged from the coupe as well, including the forged-aluminum control-arm suspension and, versus the 570S that spawned the 600LT models, the harder-core dampers, engine mounts, and brakes. The aesthetic and aerodynamic upgrades of the coupe are present here, too, such as the fixed rear wing that generates a stated 221 pounds of downforce at 155 mph.

Available extras include the carbon-shell racing seats from the Senna hypercar, which can be ordered on their own or as part of the MSO Clubsport Pack. It's this bundle—as well as ticking off the HVAC- and audio-delete options—that allows the limited-production 600LT Spider to achieve its claimed minimum dry curb weight of 2,859 pounds.

In addition to the seats, the Clubsport Pack adds carbon-fiber interior trim, glossy carbon front fender venting, and titanium wheel bolts, all for the not-inconsequential sum of $22,090. That is of course on top of the starting sticker of $256,500. If you're interested—and if you have the money, you should be—you have one year from now to secure a 600LT Spider before it's gone forever. 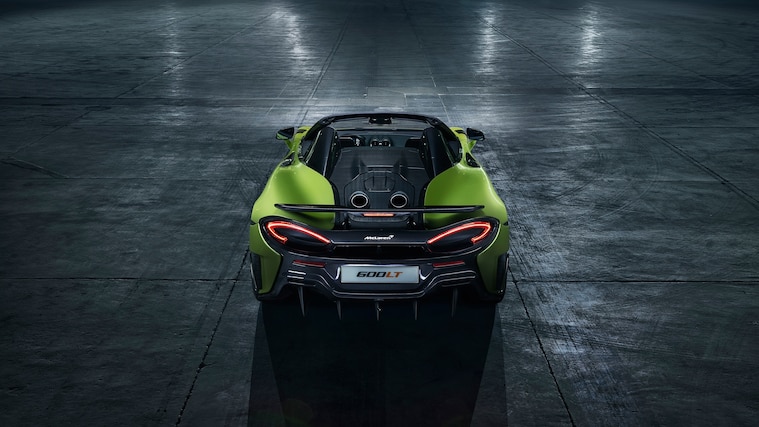