The U.S. is the exclusive home of the greatest STI currently on offer. 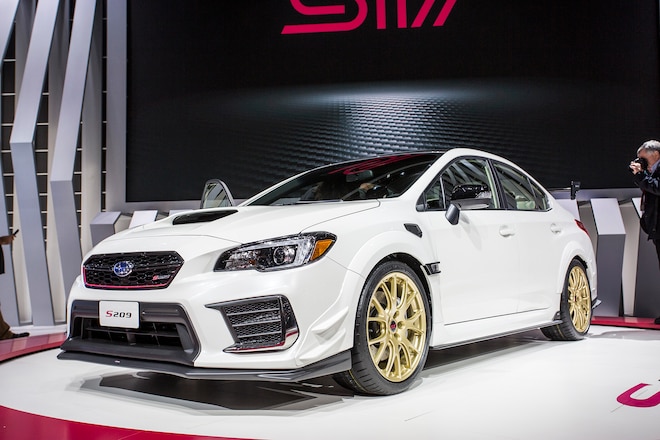 No, this isn't the all-new STI whose arrival we have been awaiting so anxiously, being instead yet another upgrade to the current model. But we will say it's an interesting one, a limited edition with more power, a wider track, and upgraded suspension elements. Finally, in a somewhat ironic touch considering how long the STI was denied to the U.S. market, it'll be sold exclusively in America.

Subaru is touting the 2019 STI S209—it follows S201 through S208 versions sold only in Japan—as "the first STI-crafted S-line performance vehicle sold in the United States." The car's improvements start with the 2.5-liter boxer four, which gets a bigger, boostier turbo; forged pistons and con rods (which are lighter and stronger); a high-flow intake; bigger injectors; a burlier fuel pump; and freer-flowing mufflers. Coolest of all is the intercooler's external water-spray system, operated by a button on the steering wheel. Horsepower is estimated at 341, 31 more than the standard 2019 STI and 36 more than the non-RA 2018 cars. Subaru didn't specify a torque figure, but it did promise a 10 percent bump at 3,600 rpm. (Regular STIs peak at 290 lb-ft at 4,000 rpm.) 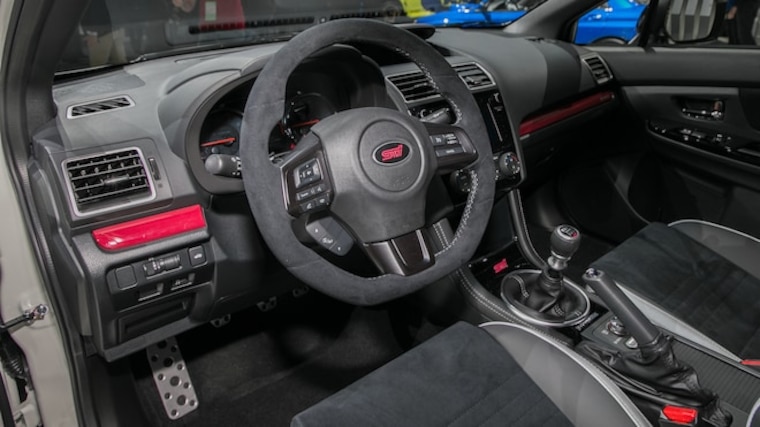 The chassis gets updates as well, starting with a 0.6-inch wider track and widebody sheetmetal that makes the S209 1.7 inches broader of beam than a standard STI. Also of note are stiffer springs, upgraded Bilstein dampers, a 0.8-inch rear anti-roll bar, upgraded bushings, and a handful of stiffening braces and bars, plus specially developed 265/35 Dunlop GT600A summer tires wrapping 19-inch BBS wheels. It all adds up, Subaru says, to more than 1.00 g of lateral grip.

Naturally, the S209 has styling tweaks and badges to distinguish it from ordinary STIs. Only two color combinations—World Rally Blue with gray wheels and Crystal White with gold—will be offered. Subaru says it will build "around" 200 units of the U.S.-exclusive car. Pricing must wait until near the on-sale date in late 2019, but the S209's pseudo predecessor, the $50,000 Type RA, likely provides a guide. The S209 may not be the new-generation STI we've been waiting for, but it should keep us plenty amused until that one shows up. 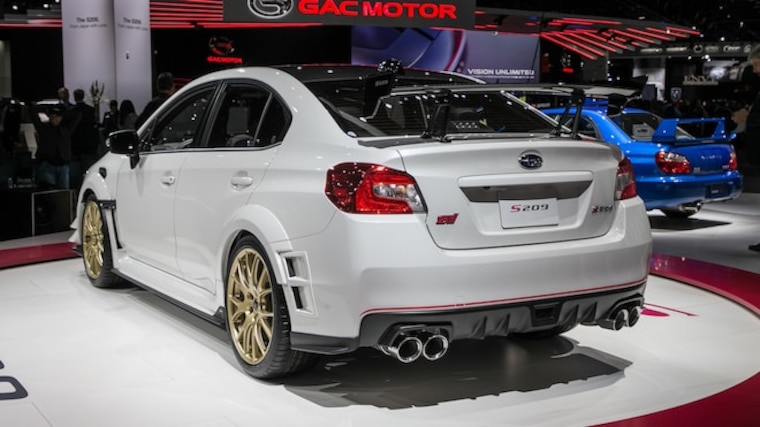 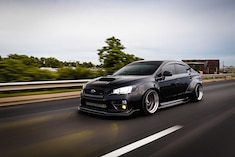 Josh Freeman's 2015 Subaru STI is both a blessing and bane of his existence. From build frustations and engine failures to the triumphant result of what it is now, this STI is as brash as it gets.