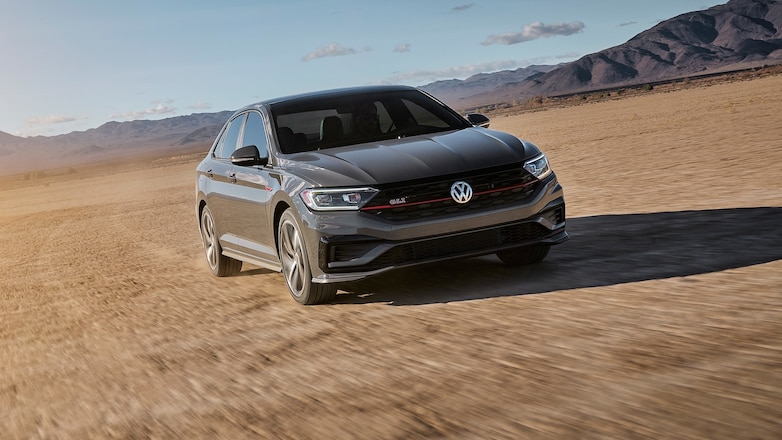 The 2019 Volkswagen Jetta GLI debuted at the 2019 Chicago auto show, rounding out the German automaker's compact sedan family. Like its predecessor, the 2019 Jetta GLI is the performance variant of the Jetta family, but it used to play second fiddle to the iconic Golf GTI, missing out on key features like a limited-slip differential and more power. For the sixth-generation GLI, that's no longer the case; the 2019 Jetta GLI gets all the go-fast goods from its hatch sibling. In addition to two trims, Volkswagen will release a 35th Anniversary special edition model with black side mirror covers, a black spoiler, black roof, black alloy wheels with a red stripe, and 35th Anniversary badges.

Power comes from the same 2.0-liter turbo I-4 with 228 hp and 258 lb-ft of torque, and this engine can be paired to a standard six-speed manual or an optional seven-speed dual-clutch automatic transmission. An independent rear suspension replaces the torsion beam found on the standard car and features a sportier calibration. The GLI sits 0.6 inch lower than the regular Jetta. Large 13.4-inch brake pads shared with the Golf GTI and Golf R also come standard along with Volkswagen's VAQ limited-slip differential. Some key design cues that distinguish the 2019 Volkswagen Jetta GLI from its lesser kin include rounded dual exhaust tips, 18-inch wheels, red brake calipers, a honeycomb grille, and red accent lines on the front fascia. Four drive modes will be available—Normal, Sport, Eco, and Custom—the latter of which allows the driver to tailor steering, engine sound, the limited-slip differential, and throttle response to his or her tastes. The 35th Anniversary Edition model will be the only one with a fifth drive mode called Comfort. 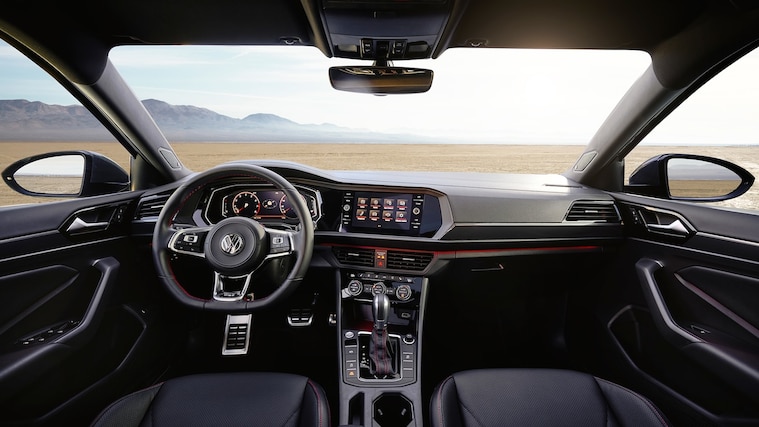 The 2019 Volkswagen Jetta GLI will hit dealers this spring. It will come with Volkswagen's People First Warranty, which covers six years or 72,000 miles and is transferable from the current owner to the next one.