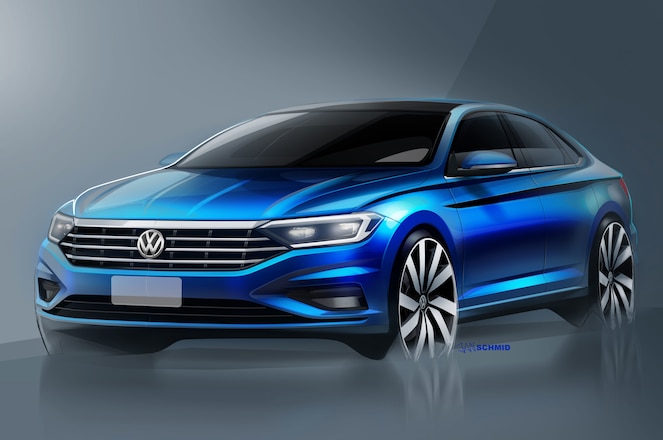 The 2019 Volkswagen Jetta has been teased ahead of its official debut at the 2018 Detroit auto show via exterior and interior sketches. From the outside, Volkswagen's new sedan looks more mature and restrained with cues from the Arteon--especially in the new front fascia and grille. Its side profile is familiar and more upright, eschewing the swoopy silhouette that rivals like the Mazda3 and Honda Civic have embraced--though the roofline does appear sportier in the rear. Out back, the restrained design continues, hinting again at the 2019 Jetta's more mature exterior design direction. 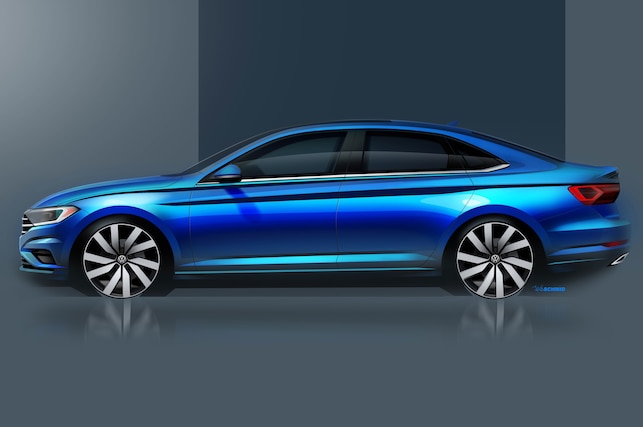 Perhaps the most notable sketch is the interior because it shows some key features that could possibly be available on the 2019 Volkswagen Jetta. The dash in particular has a look that's reminiscent of the Alfa Romeo Giulia's dash and features a large screen integrated into it as the center piece. Unlike some of its rivals, the Jetta doesn't go with a floating screen that looks like a tablet, giving the dash a more traditional appearance. Volkswagen's digital cockpit also appears to be featured in this sketch because there doesn't seem to be a traditional rev counter and speedometer in the gauge cluster. The rest of the center stack appears to have a straightforward design as well, as it appears that the 2019 Jetta will stick with a combination of buttons and knobs for its infotainment controls, in addition to the touchscreen.

When it goes on sale sometime in 2018, the 2019 Volkswagen Jetta will be the latest vehicle to move to the automaker's MQB platform that also underpins the Golf, Atlas, Tiguan, and Audi's A3 and TT. Expect it to feature a turbocharged four-cylinder engine as standard paired to either a manual or automatic transmission. The sporty Jetta GLI could appear later in the lineup and should feature more power and a sportier suspension setup than the standard car. 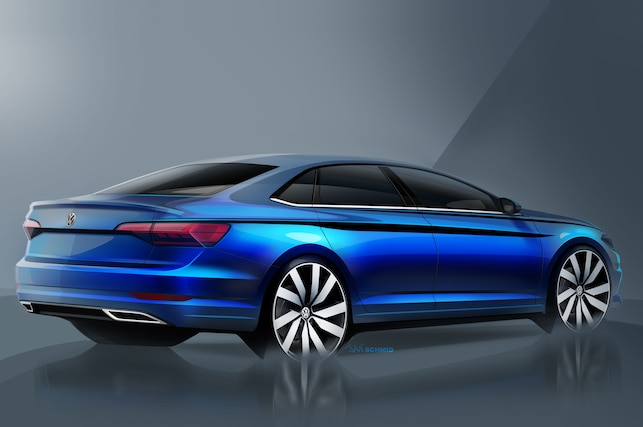