BMW enters the compact sedan game with standard all-wheel drive in the U.S. 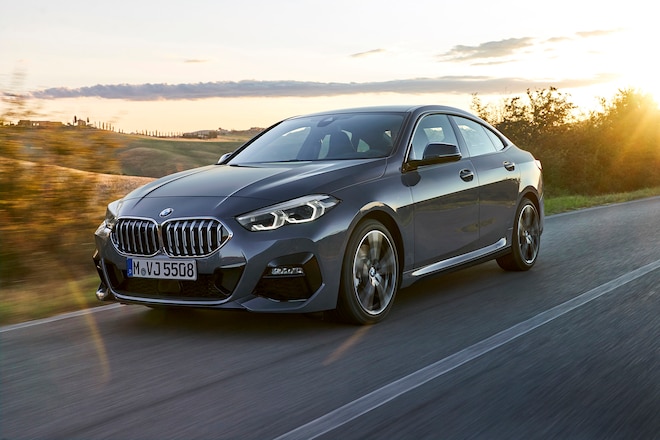 BMW has finally taken the wraps off what will be the least expensive model in its U.S. lineup that isn't an SUV, the 2020 2 Series Gran Coupe. Unlike the two-door 2 Series coupe and convertible, the four-door Gran Coupe rides on the same front-drive-based underpinnings as the X1 and X2; however, for the U.S., it will only come in all-wheel drive configuration. Two models will be offered: the 228i Gran Coupe xDrive and the potent M235i Gran Coupe xDrive. 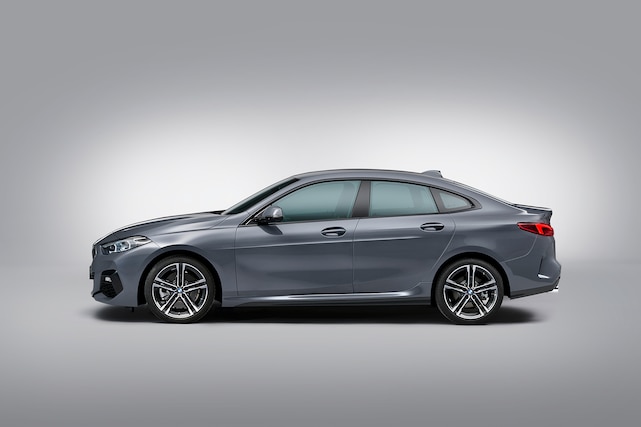 Inside, you have an evolution of BMW's interior design, which first appeared on the BMW X5, X6, and 8 Series. BMW's iDrive interface returns with a 10.25-inch touchscreen and a virtual assistant. Navigation, a 16-speaker Harman Kardon audio system, and a head-up display are optional. Apple CarPlay requires an annual fee after the one-year trial period ends. A leatherette interior comes standard on the 228i, and the M235i gets real leather standard. Genuine cow hide upholstery is also an option on the 228i. Other options include ambient lighting, a digital gauge cluster, keyless entry, heated front seats, and parking sensors.

Powering the 2020 BMW 2 Series Gran Coupe is a 2.0-liter turbo-four in two states of tune: 228 hp and 258 lb-ft of torque in the 228i or 301 hp and 332 lb-ft in the M235i. Both variants come exclusively with an eight-speed automatic transmission. BMW says the 228i can sprint to 60 mph in 6.0 seconds flat, while the M235i can do the deed in as low as 4.6 seconds when the driver uses launch control and the engine goes into overboost. On models equipped with navigation, the transmission can use that data to shift more decisively and even downshift when approaching corners or slow-moving traffic. 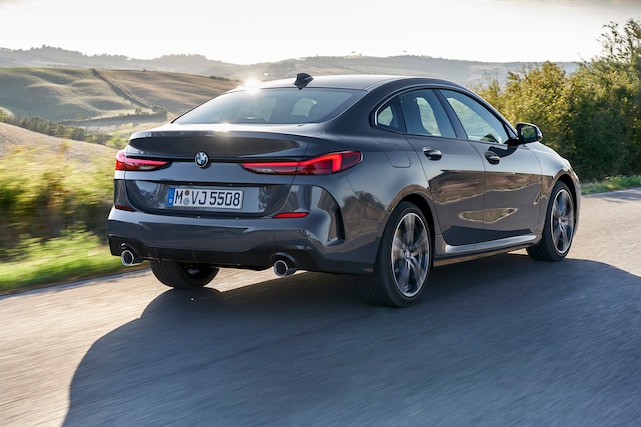 To further distinguish the M235i from the 228i, it gets a standard Torsen limited-slip differential integrated into the transmission to help it put power down more effectively. The 228i makes do with a brake-based torque vectoring system that brakes the inside wheel to shift power over to the outside wheel. Standard on the M235i and part of the M Sport package on the 228i is the M Sport suspension, which lowers the car by 10mm and improves overall handling. An M Sport steering calibration is also added, and BMW says it has a more direct ratio, better response, and adds power assistance based on vehicle speed and lateral acceleration. A front strut tower brace comes standard on the M235i for improved torsional rigidity. Both the 228i and M235i can also be had with two-mode adaptive dampers, Comfort or Sport. Models with the standard 17-inch or optional 18-inch wheels come with all-season tires, but opting for the 19-inch alloys gets you summer performance rubber. 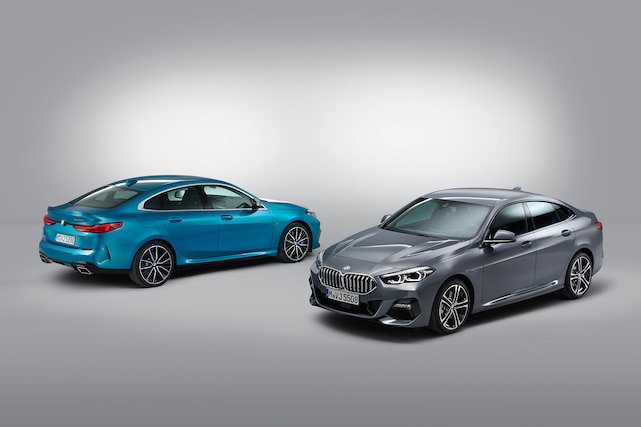 Earlier this year, our friends at Motor Trend sampled the 2020 BMW 2 Series Gran Coupe in prototype guise and found that both variants had plenty of power. The 228i, however, rolled more compared to the M235i, and its eight-speed automatic was a bit lazy. Production starts in November 2019 with the car arriving in dealer showrooms in March 2020. Pricing should start under $40,000 for the 228i but expect to pay a pretty penny for the more potent M235i.