An updated version of the CTR debuts at Tokyo Auto Salon 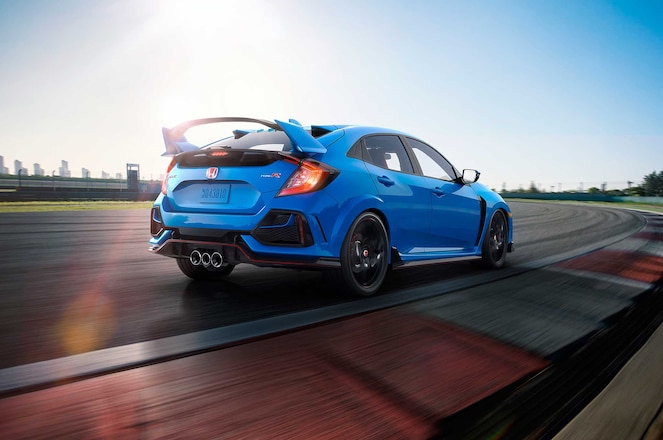 In the midst of all the aftermarket chaos that takes place on the floor of the annual Tokyo Auto Salon, there's always a concentration of OEM model debuts, announcements and other attention-grabbing booth happenings that pepper the convention center halls. For Honda, one of their biggest news pieces affects all regions as it pertains to the brand's golden child FK8 Type R—a global chassis

It seems like just yesterday that Honda pulled back the cover on its new Civic Type R, based on the 10th generation Civic chassis and packing a turbocharged 2.0L mill—the first of its kind for a Civic on U.S. soil. The internet reacted quickly, with many ripping the car to shreds without ever having actually come in contact with the 5-door hatchback. As the days clicked by and more examples began hitting the streets and, perhaps more importantly, the track, many changed their stance on the new release and realized that Honda had something special on their hands and while it will never satisfy the "bring back the EK" crowd, the majority have come to thoroughly enjoy the youngest of the Type R family, and that includes us. 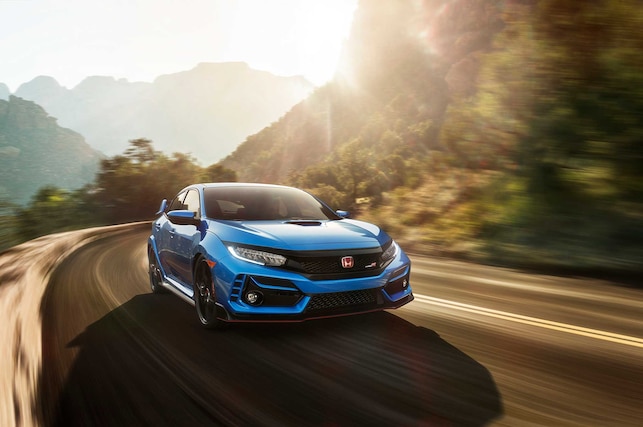 It's not unusual for Honda to make some changes mid-way through a model's lifespan and recently we saw some updates to the non-Type R Civic lineup and some of those accompany the FK8, like the front and rear grill refinement. A sore spot for many, the large-sized, mostly faux grill inserts now feature a slash through the upper quadrant to break up the black, honeycomb design. Is it enough to appease you and the masses? Our guess is probably not, but OEMs have been incorporating these types of inserts into bumper design for years now and it's become the norm. The bright color you see pictured is also a new option, dubbed "Boost Blue." 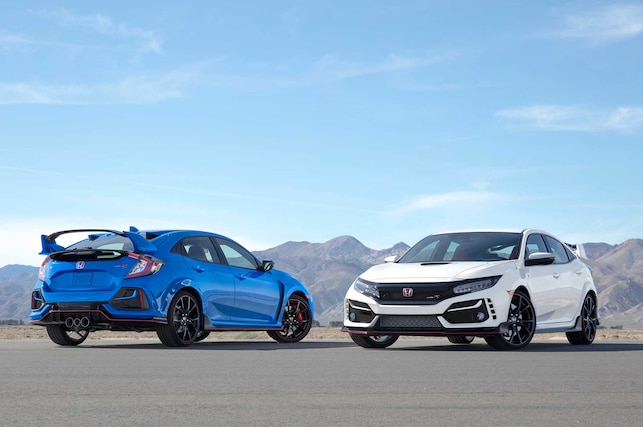 Where you won't see any changes applied is under the Civic's hood. The same K20C that belts out a claimed 306hp/295lbs. ft of tq. remains as-is, however, Honda addressed some of the complaints about overheating issues on the track by increasing the size of the front grill opening which should allow the cooling system to do its job a little easier. Turning laps with less brake-fade is achieved with new 2-piece rotors and updated pads. In addition, the rear will get stiffer bushings while the front suspension has been revised to offer less friction and better steering input. All four corners also get new dampers that make cruising a little more comfortable. 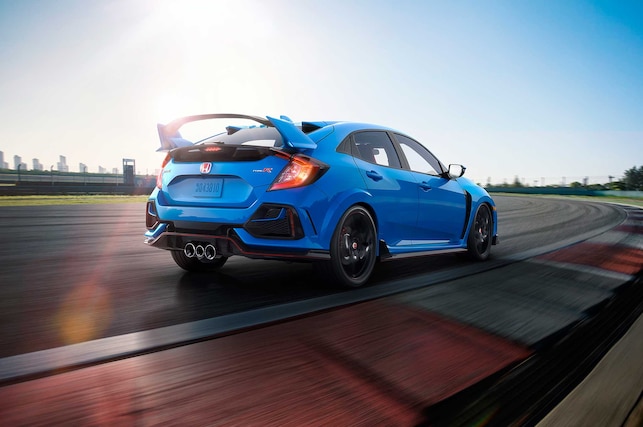 Inside the cabin, the snappy 6-speed is still in place (thankfully), but gear throws have been reduced and are done so through a new shift knob. Grabbing the steering wheel should be done with oil-free hands as an alcantara-wrapped tiller replaces the leather version of previous years. Honda Sensing will also be on-board as standard equipment—a first of its kind for the Civic family. The watchful eye of the electronic additions in Honda's recent developments include LaneWatch Blind Spot Display, Collision Mitigation Braking, Lane Keeping Assist, Adaptive Cruise Control and more. Adding to that, a symphony of sound-blocking tones as they relate to drive mode will move silently (at least to the human ear) throughout the interior via Honda's Active Sound Control system.

If you've been around for a little while, then you remember being blown away by the 5th gen. EJ chassis coming standard with power locks and windows. Five model generations later and you've got triple the power, electronic everything (almost) and a slew of active technology surrounding your activity behind the wheel. The times—they are a changin'...

Honda Tuning
Weighing In on the Nissan 400Z Proto
Here's a rundown of what each of the Super Street Network staff think about Nissan's latest and greatest
Rodrez – Sep 16, 2020

Honda Tuning
Hot Wheels Contest: Enter Your Project Car For A Chance To Be Made Into A 1:64 Die-Cast Toy
The 2020 Hot Wheels Legends Tour may have gone virtual due to the ongoing health concerns around COVID-19 but that doesn't mean the fun has to end!
Sam Du – Sep 16, 2020