The technical updates behind the new 911 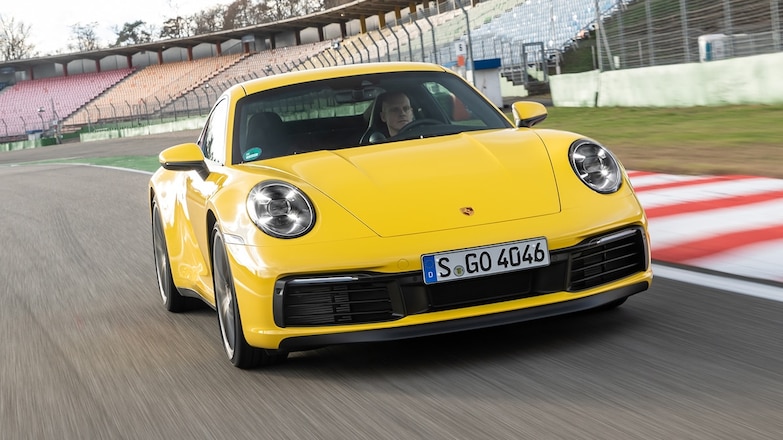 The core philosophy behind the design and development of the eighth-generation Porsche 911 was simple, insists R&D chief Michael Steiner: "We ignored short-lived trends and focused on things we could improve." The new 911, code-named 992 and launching initially in the popular Carrera S and all-wheel-drive Carrera 4S specifications, is longer, wider, and more powerful than the car it replaces. But, more important, it has a new body, heavily revised engine, new transmission, new interior, and sophisticated new driver-assistance technologies. 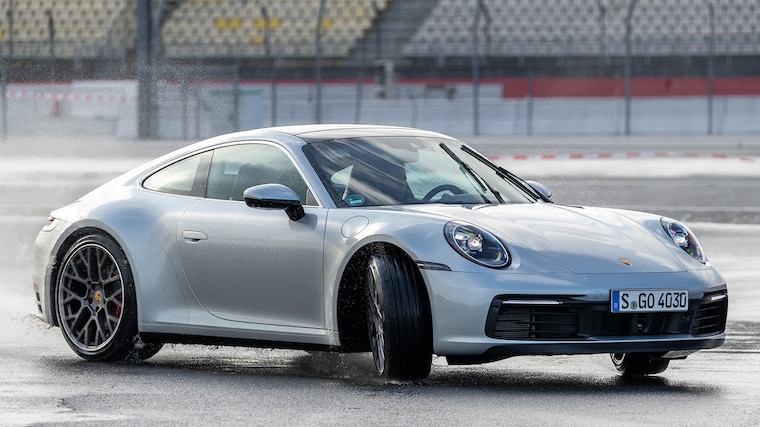 That's a lot of "improvement," and it starts with the new body wrapped entirely in aluminum panels. The 992's structure is just 30 percent steel—down from 63 percent in the 991—yet rigidity has been improved by 5 percent. The front fenders are 1.8 inches wider to accommodate a wider front track and provide room for the forthcoming 911 hybrid's battery cooling system. The wide rear fenders previously reserved for the Carrera 4S are now standard on the rear-drive Carrera S. The new Carrera is 0.8-inch longer overall, the increase all at the front of the car to help meet pedestrian protection regulations. Wheelbase is unchanged from the 991 at 96.5 inches.

Aerodynamic upgrades include a flip-up rear spoiler with a 45 percent larger aerodynamically effective area, continuously variable flaps in the cooling vents at the front of the car that close between 40 mph and 90 mph to reduce drag and fuel consumption, and door handles that cinch down flush with the bodywork.

The 992 Carrera's twin-turbo flat-six, code-named 9A2 Evo, is still slung out behind the rear wheels, of course, but is now connected to the frame rails by short, stiff mounts bolted to the cylinder heads rather than by a crossbeam bolted to the crankcase as in previous 911s. The benefits include a reduction in throttle-induced engine motions that subtly alter the handling balance.

The 9A2 Evo shares its crankcase, cylinder heads, oil system, and valve train with the turbocharged engine that debuted in the 991.2. Compression ratio has been upped from 10.0:1 to 10.2:1, more responsive piezo fuel injectors fitted, and the variable valve control system now allows one intake valve to be opened farther than the other under partial load conditions to reduce emissions and improve smoothness. The 9A2's turbochargers are larger, with 1.9-inch turbine and 2.2-inch compressor wheels, bespoke housings for the left and right side units that ensure equal-length intakes, and electronically controlled wastegates. The intercoolers have been moved from behind the rear wheels to under the intake vent on the engine cover to improve cooling air flow. 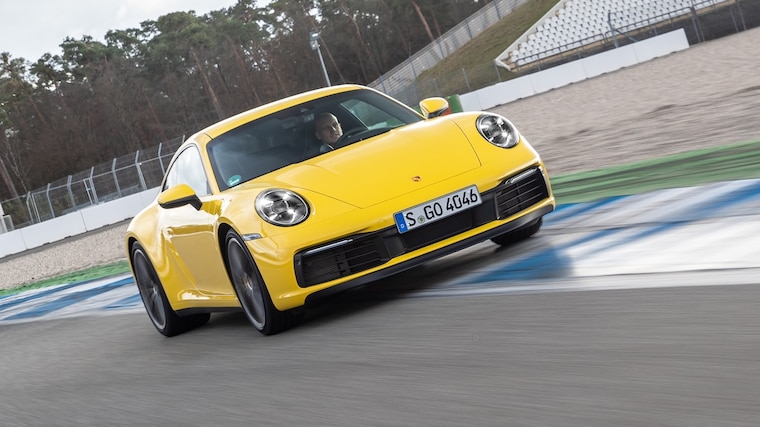 That's a lot of work for an engine that made its debut less than four years ago. But, along with a host of other detail changes, it has resulted in 443 horsepower at 6,500 rpm and 390 lb-ft of torque from 2,150 to 5,000 rpm, increases of 5 and 10 percent over the previous generation Carrera S and 4S, respectively.

The larger turbochargers mean peak torque arrives 400 rpm later, but that's offset by the restacked ratios and faster shift times of the new eight-speed PDK transmission, which Porsche insiders admit is ready for the hybrid powertrain that's coming to the 992, and is rated to handle more than 590 lb-ft of torque. (As the GT2 RS, alpha dog of the current 911 lineup, makes just 553 lb-ft, you can draw your own conclusions as to what that says about the muscle of the high-performance 992s we'll see over the next few years.) First gear is shorter than in the seven-speed PDK, and seventh and eighth gears are overdrive ratios, which, combined with a longer final-drive ratio, help reduce noise and fuel consumption at cruising speeds. The Carrera S hits its 191-mph top speed in sixth gear.

Porsche claims the 2020 Carrera S is 0.4 second quicker than the outgoing model to 60 mph, with an acceleration time of 3.5 seconds, and that the quarter mile is dispatched in 11.9 seconds. The Carrera 4S' all-wheel-drive system, which now includes an upgraded front axle with 10 percent higher torque capacity and water-cooling for improved durability, is 0.1 second quicker than the two-wheel-drive car in both tests, according to Porsche. The launch control function of the optional Sport Chrono package shaves 0.2 second from all those times.

Along with a wider track, the 992 has mixed wheel sizes, with 20-inch wheels fitted up front and 21-inchers at the rear, shod with specially developed 245/35ZR20 and 305/30ZR21 tires. Both changes, says chassis development chief Ulrich Morbitzer, are designed to reduce understeer and increase midcorner stability. 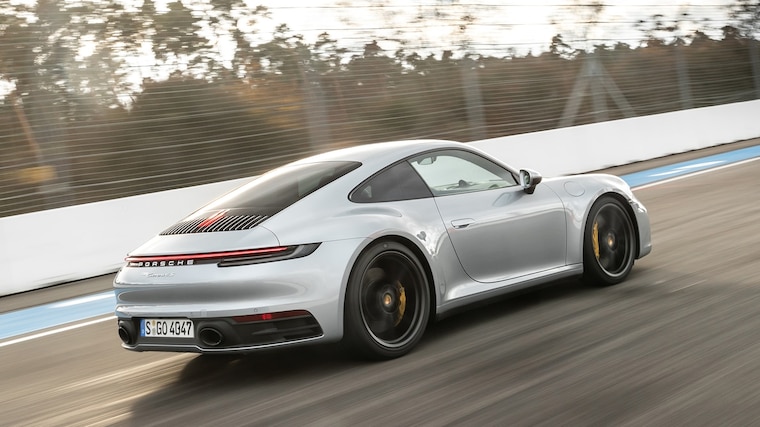 To capitalize on the more planted chassis, the 992 is fitted with recalibrated EPS, which is quicker and more responsive, coupled with a smaller 14.2-inch steering wheel. The spring rates have been increased by 15 percent at the front and 14 percent at the rear (18 percent and 28 percent if you order PASM suspension), and new Bilstein TDX shocks allow continuously variable damping. Although the steering and damping hardware is from third-party suppliers, the control software is Porsche's own.

Braking is controlled using an electric booster, and the brake pedal is made from an organic sheet composite consisting of steel, carbon fiber, and plastic. It weighs 41 percent less than the 991's pedal, helping deliver more immediate response and better feel. Standard brakes on the 992 Carreras are steel, but because the bigger rear wheels can handle more braking force, the rear rotors have been increased in size from 13.0 inches to 13.8 inches. Porsche's mighty PCCB carbon-ceramic brakes, available as an option, are carried over unchanged from the 991.

The 992 also debuts a clever new driver-assist feature called Wet mode. Acoustic sensors mounted in the front wheelwells detect water spray, and once the intensity reaches a certain threshold, the control system recommends the driver select Wet mode. This changes the brake, alters throttle and stability control mapping, reduces rear diff lock, deploys the rear spoiler to increase downforce, and, in the 4S, channels more torque to the front wheels. A quick ride on a soaked autocross course with a Porsche test driver showed Wet mode to be very effective in keeping the new 911 calm and controlled, even with exaggerated steering and throttle inputs.

"The message is not that you can drive faster in the wet," chassis guru Morbitzer says. "It's to help drivers take care. We have a light, high-performance sports car, and when drivers engage Wet mode, they will be aware they are close to the limits." The clever part about Wet mode is that unlike water-on-windshield systems, it actually analyzes the moisture quotient where it matters most: where the tire hits the tarmac. Like all Porsche's active driver-assist features—stability control, traction control, etc.—Wet Mode can be switched off. "It's up to the driver," Morbitzer says. Amen to that.

But the new 911 is not just about go-faster tech. The redesigned interior features a new IP that flanks the traditional center-mounted analogue tach with a pair of configurable 7.0-inch HD screens. In the center of the dash is the 10.9-inch touchscreen that provides the user interface for the sophisticated Porsche Communication Management (PCM) system.

And although the new 911 is designed to be all about the drive experience, it now offers a lot of VW Group driver-assist technologies. These include adaptive cruise control with stop-start capability, plus lane keeping assist with traffic sign recognition, surround-view park assist, and night vision. Using data from infrared cameras, the night vision system can detect whether the heat source is inanimate (such as a freshly parked motorcycle with a warm engine) or biological, and if it determines it to be the latter it can get the optional matrix LED headlight system to automatically flash a warning.

More power and more grip, quicker shift times, and improved stability through corners and under brakes should mean a faster 911. And sure enough, Porsche claims the 992 Carrera S has already lapped the Nurburgring Nordschliefe five seconds faster than the outgoing model. Improvement, quantified. 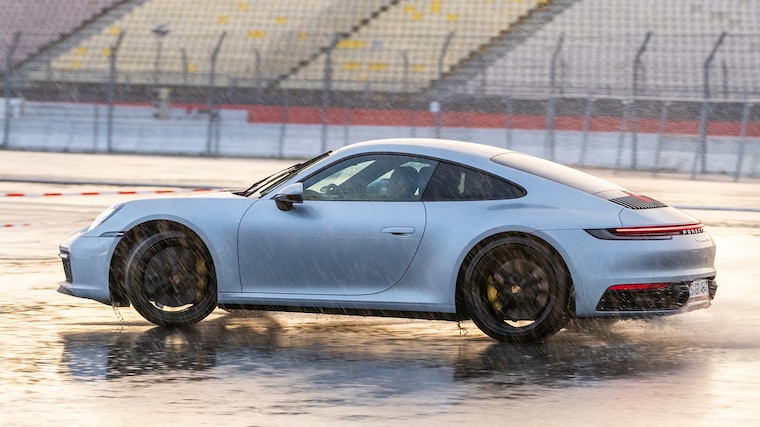 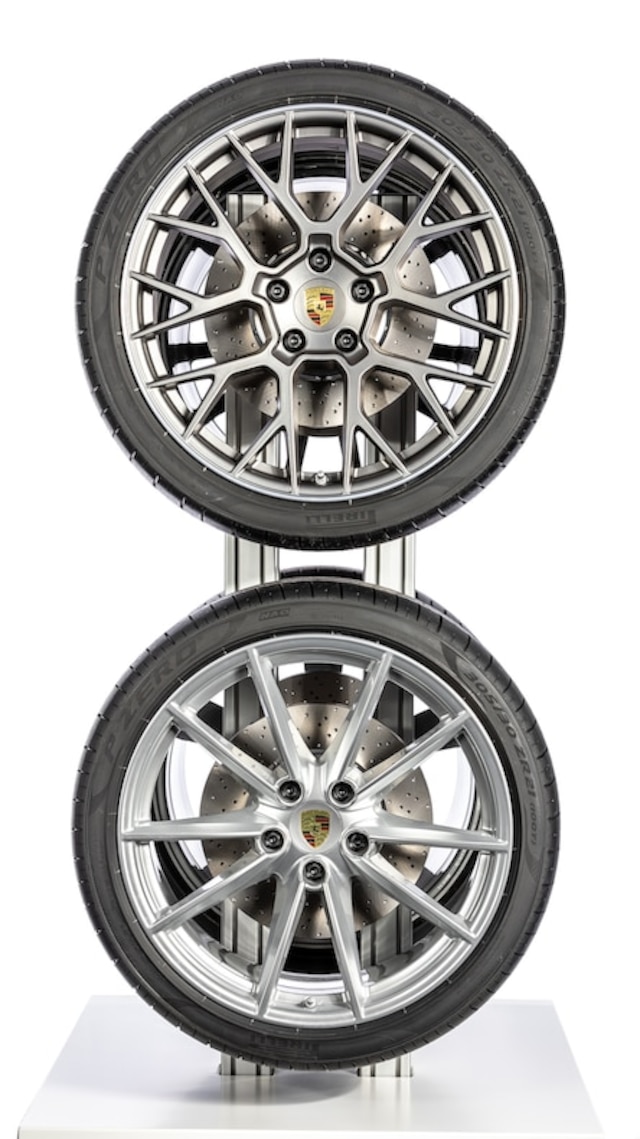 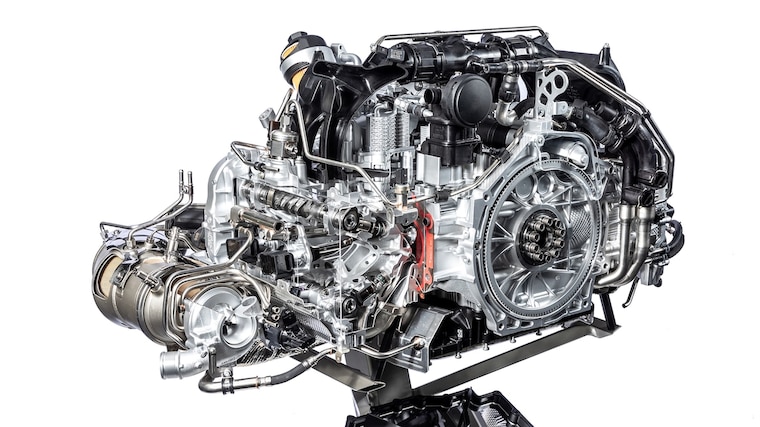 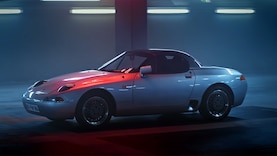 Take a Look at Five Forgotten Porsche Prototypes in This Video