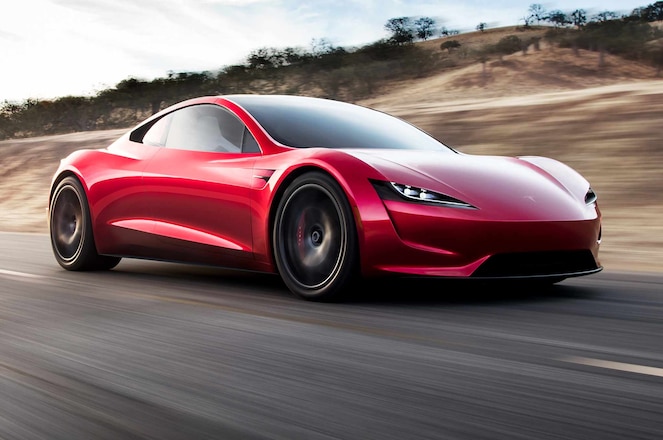 Tesla didn't just have its highly anticipated semi-truck to reveal on Thursday. The electric car maker surprised everyone when one of the semis unloaded an all-new Tesla Roadster from its trailer. Tesla claims the sleek, targa-top two-door can accelerate from 0-60 mph in 1.9 seconds, go 0-100 mph in 4.2 second, and complete the quarter mile in 8.9 seconds, numbers that would make it the quickest production car in the world.

Powertrain details were slim, but the new car boasts a 200-kilowatt-hour battery pack and three electric motors good for a claimed 10,000 Nm (roughly 7,376 lb-ft of torque). The Roadster is estimated to have an incredible 620-mile range. Tesla CEO Elon Musk wouldn't divulge top speed, but says it exceeds 250 mph. As the semi-truck's trailer was lowering, a short clip from the1987 film Spaceballs played on screen and the line "They've gone to plaid" could be heard. The Model S and Model X' Ludicrous mode was a reference to the sci-fi comedy classic, and Plaid is the natural next level for the triple-motor configuration. A Tesla Model S P100D with Ludicrous Easter egg unlocked was the quickest car we ever tested at 2.28 seconds to 60 mph. Unlike the previous-generation Roadster, this new model is a 2+2 with seating for four. The roof panel is removable and storage is described as being "capacious." 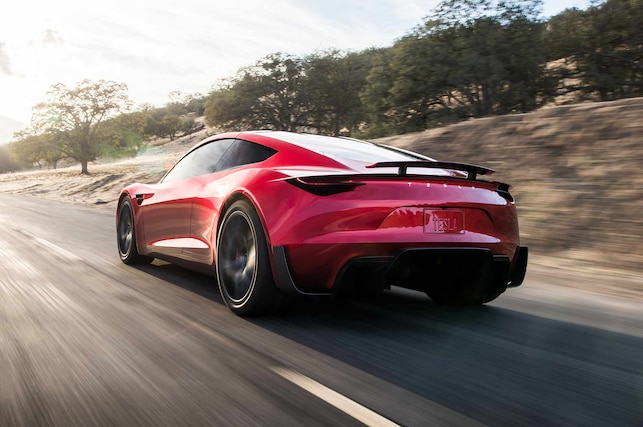 Musk announced that the new Roadster will arrive by 2020, and reservations for the Founders Series, limited to the first 1,000 customers, are open now at a price of $250,000 each. Given Tesla's well documented Model 3 production issues, can it really deliver the 2020 Roadster on time and with the specs promised tonight? We can't wait to find out. 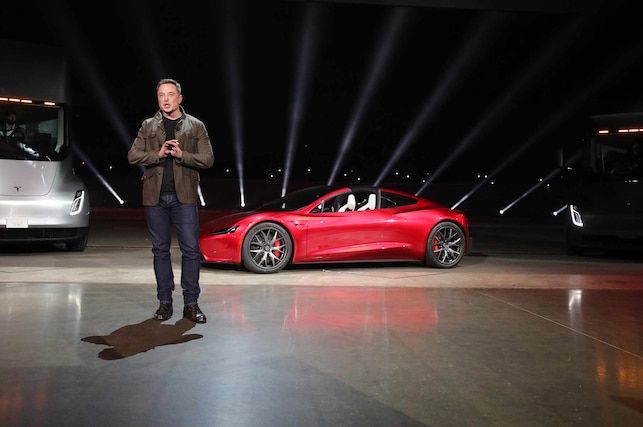