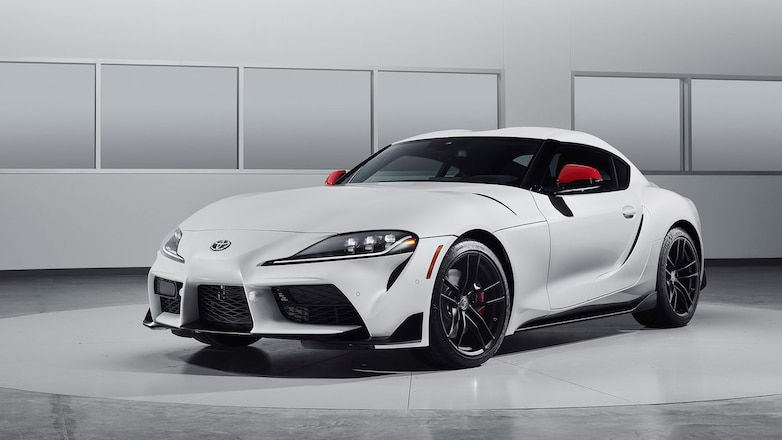 Given the history of the nameplate, the 2020 Toyota Supra has some very big shoes to fill—especially for the enthusiast community that worships the previous Mk IV Supra like a four-wheeled, boost-hungry god. This new Supra is undoubtedly very different from the last, but inquiring minds still want to know: How will it take to modifications? At the Supra measuring session held at the SEMA Garage in Diamond Bar, California, we spoke with the aftermarket companies designing parts for the Mk V to get their opinion on the highly anticipated sports car.

A great package from the factory

The companies that attended the measuring session each had their own areas of expertise, but all agreed that the Supra looks pretty well designed right out of the box. Engineers from performance brake specialist AP Racing said the Supra's stock brakes, which include four-piston Brembo calipers and 13.7-inch discs up front, should be plenty capable for most owners. Representatives from Stoptech had similar impressions, saying the stock setup, though heavy, appears to have been designed to deliver a mix of performance, durability, and low noise. 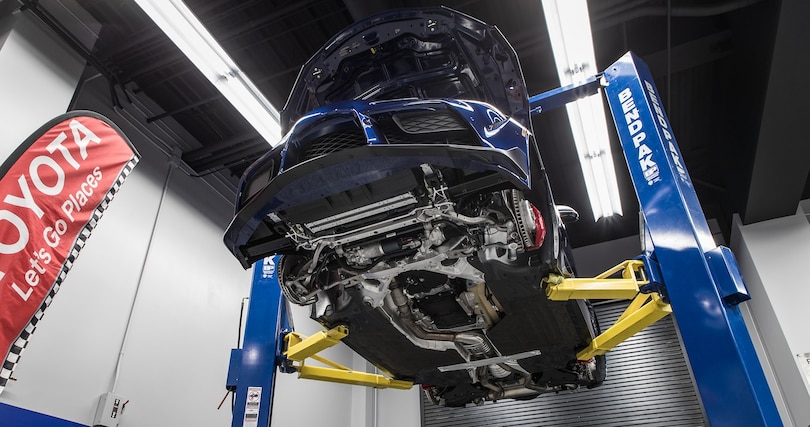 One account of the Supra's out-of-the-box performance comes from pro driver Craig Stanton, who drove a preproduction version of the car in support of a Toyota event at Texas Motor Speedway. Stanton said the Supra felt comfortable for him right away, and he found it easy to drive quickly around the track and gradually shave time off his laps. (We drove a Supra prototype last summer, and we look forward to driving a production-spec Supra next month.) A good sign that the Supra is fit for track duty: After a dozen or so laps, Stanton came in for a driver swap, inspected the brakes and tires, and went back out on track for another round of brake-fade-free driving. He says the average owner is going to love the Supra as is. But as many would tell me, there's always room for improvement.

Just like its predecessor, the 2020 Toyota Supra will have a wealth of aftermarket parts available. But owners will have to decide what aspects of the stock car are most important to them before choosing what to modify and how much. If they want an all-out race car, then there's no need to hold back. But if they're hoping to preserve the Supra's ride comfort on the street, compromises will have to be made. Aftermarket suspension systems can work with the stock electronic dampers, but performance gains will be smaller.

"Considering the level of OEM chassis refinement here, the improvements may be limited," Jeff Cheechov, president of Progress Group, said in an email. "Damper or coil-over installations will likely require a black-box interface or similar integration to restore the functionality of the ride control system." 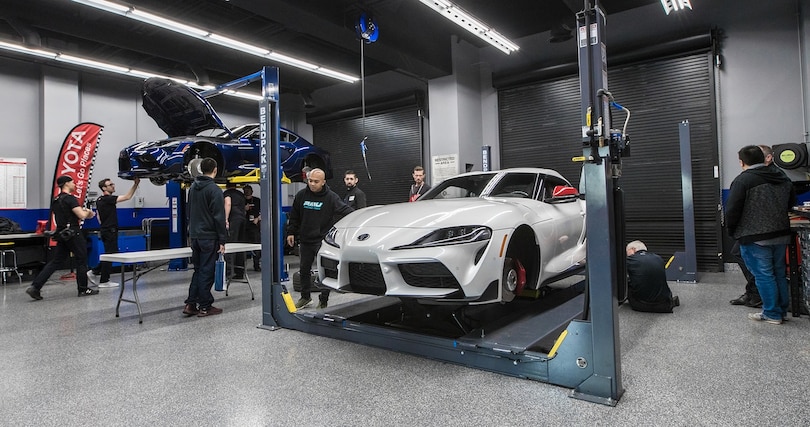 On the other hand, going with a full coil-over setup will sacrifice ride quality, according to Dan Gardner, founder of DG-Spec, a close Toyota performance partner. A lower ride height combined with stiffer springs might cut 1.0 to 1.5 seconds off your lap time, but the ride will be much less forgiving on the street. There's always a risk of disrupting the harmony of the chassis, he says, so if you change one thing, you may need to take appropriate measures elsewhere to maintain that balance.

But if you're looking to shed weight at the corners, there should be plenty of savings to be had with an aftermarket brake kit. The front rotors weigh 25-plus pounds each, despite having riveted aluminum hats. It's unclear how much of that mass is needed to stop the car and how much is for durability, but Erik Steinkamp and Tyler Hauptman of Stoptech see potential weight savings to be had in an aftermarket disc and caliper. In addition to shedding precious unsprung weight, a Stoptech system would also increase heat capacity and pedal feel thanks to braided stainless steel brake lines, they say.

The Toyota Supra makes 335 hp and 365 lb-ft of torque from its BMW-sourced 3.0-liter turbocharged inline-six. That felt like enough to Stanton during his time on track, but those who want more can rest assured that ECU tunes are in the works.

Although everyone had positive things to say about the Supra's design, they did point out potential pain points for both aftermarket developers and the folks who will eventually work on the car. Because it was codeveloped by Toyota and BMW, the Supra uses a number of fasteners more commonly found on European cars—not surprisingly including BMWs. Mechanics more familiar with working on Toyotas will have to dust off their E-Torx socket sets and also get used to mounting wheels using the German-favored lug bolts instead of studs. Those aren't necessarily disadvantages, just things owners and technicians will have to get used to.

As we already covered, the electronic dampers can be retained in an aftermarket suspension setup. But if you want to go with a full coil-over kit including new dampers, you'll have to disconnect all the electronic bits. Doing so issues a warning that isn't easily bypassed, so suspension companies like Tein are devising canceller systems to include with their kits. That's a problem you'd have on any modern car with an electronically adjustable suspension, however.

One issue more unique to the Supra (and likely the Z4) is the position of the rear anti-roll bar. The bar connects to the top of the rear subframe and would require removing virtually everything below it to replace. The rear bar also poses potential clearance issues for companies designing two- or three-way adjustable dampers, according to Tein's Paul Pilpa, as it may get in the way of a remote reservoir. But that's why SEMA hosts measuring sessions like this—to give parts developers a chance to identify challenges early and come up with workarounds.

Like many modern cars, the Supra uses an electronic parking brake, which places a solenoid on the rear caliper that engages at the press of a switch. The experts from Stoptech say a rear big brake upgrade that keeps the electronic parking brake intact is technically possible but probably not worth the cost to develop. The percentage of owners who plan to modify the rear brakes is likely pretty small, and those who do want to will probably go with a racing setup that deletes the parking brake anyway.

When the 2020 Toyota Supra made its debut earlier this year in Detroit, reactions online were mixed to say the least. But everyone I talked to at the SEMA event seemed genuinely excited about the car. Even if it is mostly a BMW under the skin, this new Supra shows a lot of potential. It's hard to say how many owners will choose to modify their Supras, but you can count on the Mk V being a popular car at this year's SEMA Show. We can't wait to see what tuners can do with this promising sports car platform. 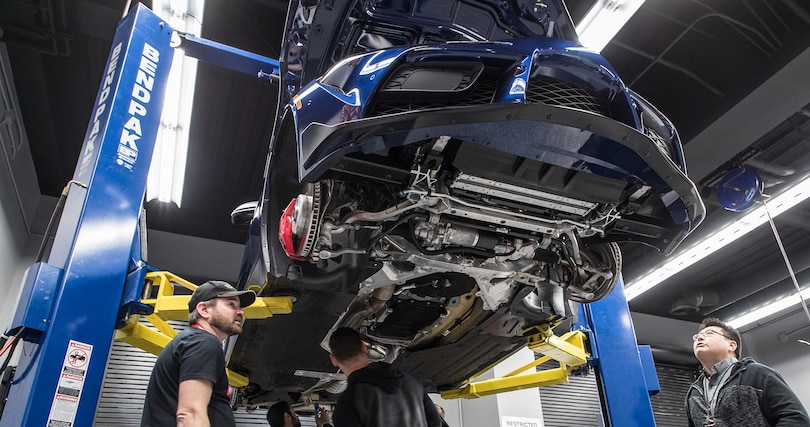 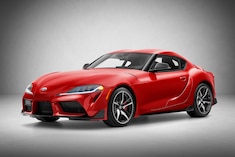 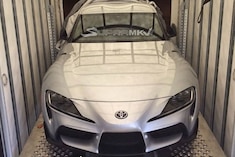 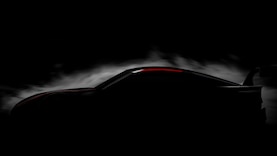 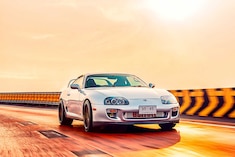