Europe will see the toned down FK8 with much smaller wing, black seats and 19-inch wheels, but why won’t America?

America is finally coming around to hatchbacks, at least, according to American Honda. What used to be one of the company's lower-selling vehicles has now become its biggest hit. The versatile Civic hatch has outshined the sedan and coupe and it can't be ignored that Honda dealers across America aren't having too much trouble selling the FK8 Type R since it came to market in 2017. Honda is continuing to set the tone for its high performance, highly successful FWD flagship as they've announced a few big updates in the last two weeks in the form of a 2020 model year refresh, two new colors, a track-focused Limited Edition model and a mature Sport Line trim that unfortunately, isn't coming to the States. Take a look at the changes below and we're sure many are wishing it were. 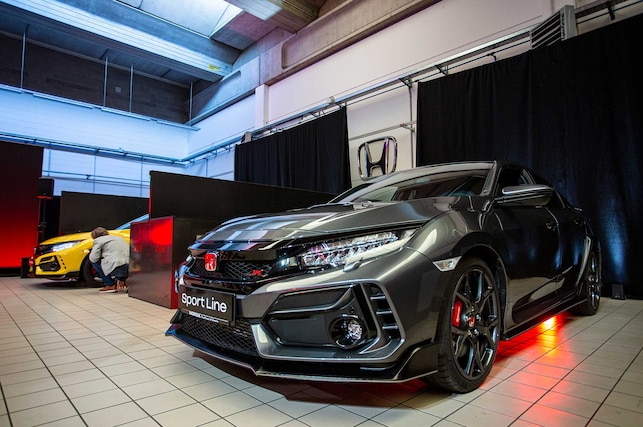 If you spend as much time as we do on Instagram and indulge yourself in reading people's comments, then you know the number of Civic Type R critics is endless.

The list goes on and on, and with the 2020 mid-model refresh (details below), much of the internet didn't hold back their feelings when their wants were left unaddressed. But what seemed to shock us most this week is Hondas unveiling of a new Civic Type R model dubbed the Sport Line, which seems to address some of our concerns; however, to our dismay, it won't be an option offered in America.

The FK8 Civic Type R can be catered to a guy or girl in their mid-20s that likes to drive fast and loud, perhaps hit the track frequently and show off to friends. The Civic Type R Sport Line is designed for someone more mature that doesn't want so much attention, probably will never take his car to the track, bring his or her family in the car, but still wants to enjoy the performance of a Type R.

Exterior-wise, the big rear wing is gone and in its place is a low, sleek spoiler. Also gone are the 20-inch dubs in exchange for new 19-inch wheels in grey - what we feel the Type R should've always come with. There's also a grey accent line that runs around the bottom of the car, in place of the red line on standard R models. 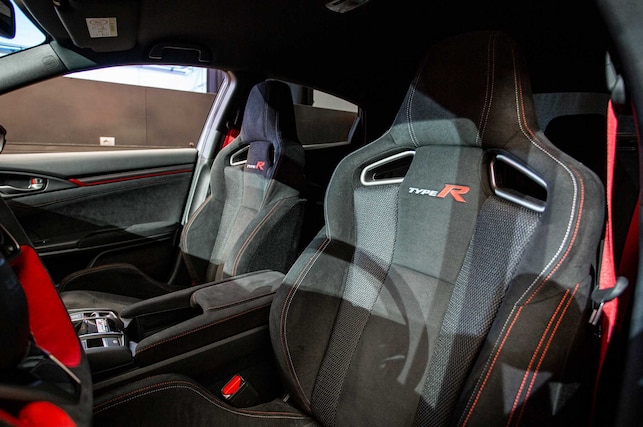 Inside, sportiness remains, but the sometimes eye sore provided by red seats has been swapped out for black ones. Soundproofing material has also been added to make the cabin quieter - you know, what adults want.

So, the big question is, why isn't America getting the Sport Line? It's got updates that many of us 30-to-40-plus year-old enthusiasts can truly appreciate. The answer? The Sport Line model was designed to help sell more units in markets like Europe where they're not seeing as large a sell-through rate for the FK8 as in America. A more adult-like Touring model is in higher demand as opposed to the in-your-face "boy racer" that so many have coined the Civic Type R. For the amount of Civic Type Rs Honda is building and selling stateside currently, it seems to be doing very well in its current spec, which is why America wasn't pushed to get the Sport Line, and perhaps why 70% of the Phoenix Yellow Limited Edition models are coming here instead. 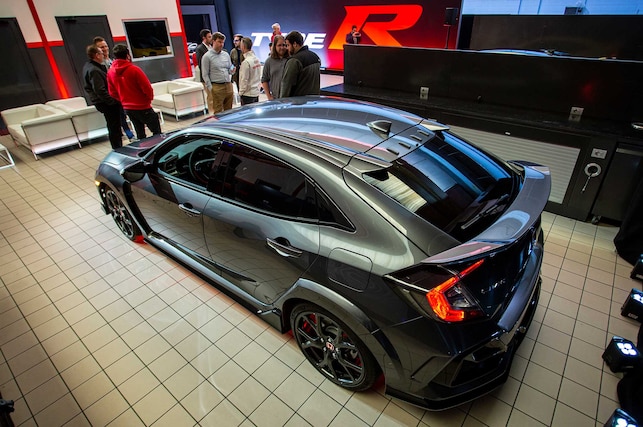 For all 2020 Civic Type Rs, Honda has implemented key improvements in what they call a mid-model refresh.

More on the refresh here

In addition to the refresh and Boost Blue option, Honda created a stir by dipping back to their roots and bringing back the iconic Phoenix Yellow paint hue that we know so well from the color being made famous by the DC2 Integra Type R and EK9 Civic Type R. After seeing the Phoenix Yellow Limited Edition in person, it's truly gorgeous and fits the car well. The black paint applied to the roof, side mirrors and hood intake are necessary contrasts for the louder color. The BBS wheels retain the same sizing as the previous stock wheels but are forged and said to be 10kg lighter, resulting in a reduction in un-sprung weight. The Limited Edition loses weight in other areas of the car, like its insulation, which drops a total of 31.2kg. Of course, a Limited Edition model wouldn't be limited without being numbered and capped in terms of quantity. A total of 1,000 will be sold worldwide, with 600 coming to the U.S.

Breaking down the Limited Edition model:

While we're at it, here's a look back at some of Super Street's favorite Phoenix Yellow feature cars 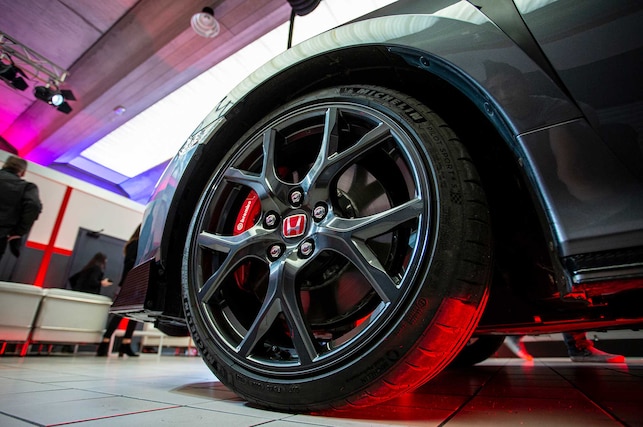