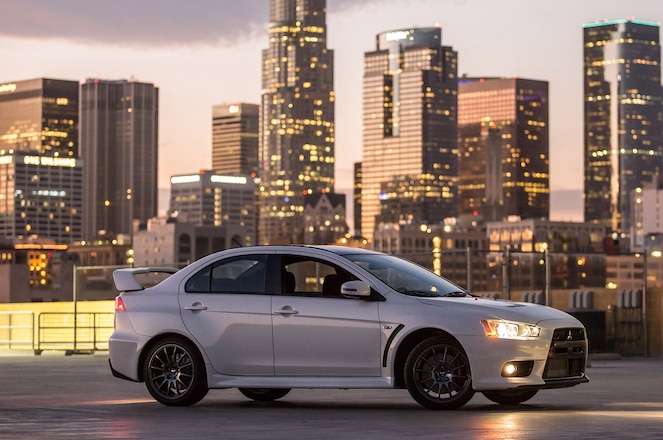 Before Mitsubishi officially closes the chapter on the Lancer Evo, the automaker will offer a unique limited-edition model. The 2015 Mitsubishi Lancer Evolution Final Edition arrives with a number of enhancements over the standard Evo, but only 1,600 copies will be sold in the U.S.

The special Evo is based off the GSR model, but Mitsubishi added more horsepower and other performance upgrades to sweeten the deal. Its 2.0-liter turbo-four engine now produces 303 hp and 305 lb-ft of torque, up from 291 hp and 300 lb-ft on the standard GSR. Also included on the limited-run model are two-piece Brembo brake rotors up front as well as Bilstein shock absorbers and Eibach springs. 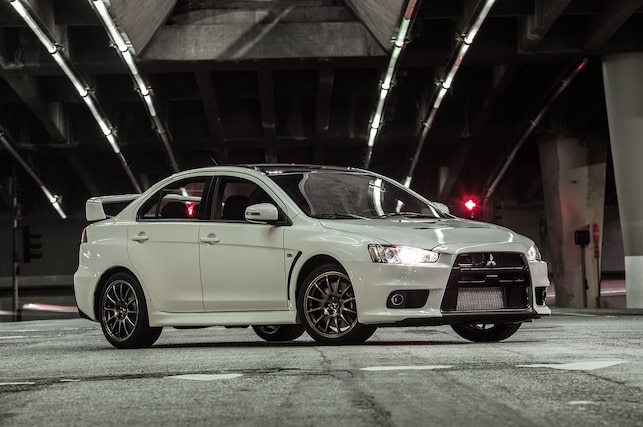 Buyers can choose between white, red, gray, and blue paint on the cosmetically upgraded Lancer Evo Final Edition. These models also receive a black painted aluminum roof, special dark chrome-painted alloy wheels, a chrome front grille surround, and a blacked-out center bumper. Inside, you'll find a black interior with red stitching on the seats, steering wheel, and throughout the cabin. For a bit more personalization, each of the 1,600 cars receives a special numbered plaque on the center console.

Those who don't get their hands on the final Lancer Evo can still buy a regular Lancer. This model soldiers on with a mild refresh for the 2016 model year, complete with more technologies and aggressive styling. 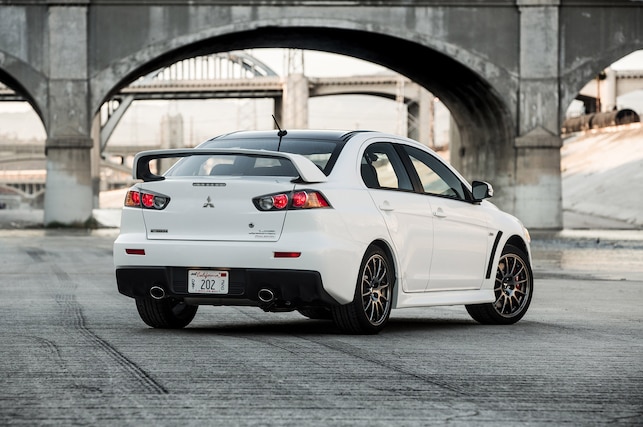