The YouTuber who built a similar billet rotary for his crazy AWD FD3S RX-7 is now taking that project's original 26B and aiming to put it in a new 'Vette. 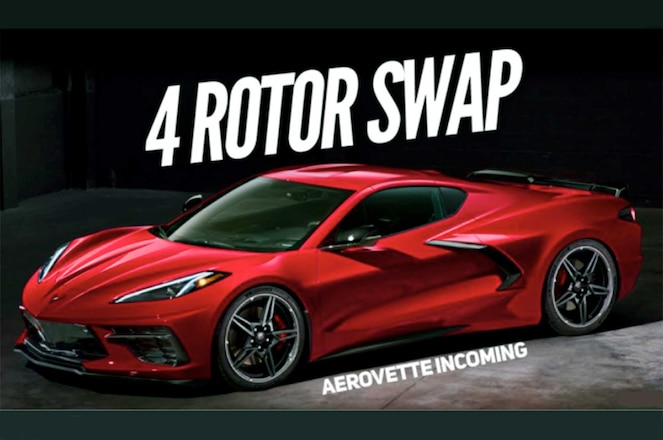 Super Street: Four years ago, during our annual pilgrimage to the SEMA show in Las Vegas, we ran across a widebody RX-7 in the Garrett Turbo booth that wasn't complete but showed some serious promise. With custom fab work throughout and a four-rotor heart backed by an AWD setup, it was absolutely jaw-dropping. We did a Facebook Live (back when those were a thing) and the views and response were far bigger than anything else we'd done at the show that year. Some noted the car had been under construction for quite some time and others said it would never actually be finished.

Fast forward to 2020 and the car was, in fact, completed—sans doors and front end—and seen blasting tire-shredding burnouts (there's a buttload of pics of it in the gallery). So, what's next for a builder after successfully creating a hand-built, rotary-powered monster? How about a quad-rotor Corvette C8? 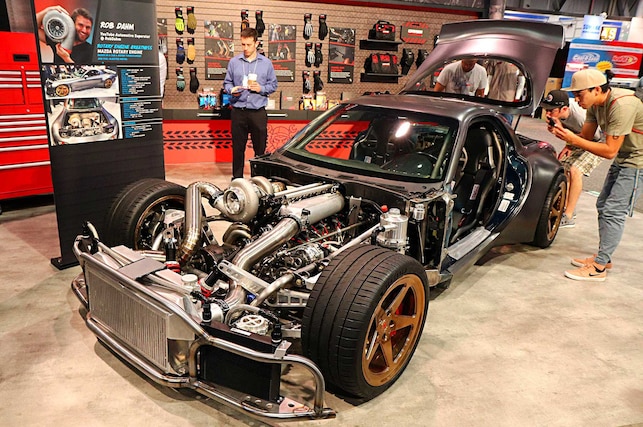 Builder and YouTube personality Rob Dahm knows rotaries. Rob Dahm loves rotaries. He has a billet 4-rotor RX-7 with all-wheel drive. He has a C5 Corvette with a two-rotor engine ... maybe some would call it sacrilege to put a tiny Mazda engine into a 'Vette that previously had a snorting V-8. But here's the thing: The Corvette and the Wankel rotary engine have a history. And this new build, which will feature a C8 Corvette and a four-rotor engine, is inspired directly by that history.

See, back in the 1960s, the Ford GT40 spooked General Motors and the company built a number of mid-engined Corvette concepts with a variety of engine configurations. The key here is that one of them, the XP-895 Aerovette, featured a rotary engine that GM had been developing internally. Since the Wankel engine design is inherently modular, the 2-rotor design that was being developed for passenger cars was turned into a 4-rotor design for the Aerovette. Output was north of 400 horsepower, and it looked svelte in a perfectly 1970s way.

The 1973 oil crisis killed the rotary project at GM, and the Aerovette didn't materialize as the basis of a production Corvette, but people apparently have been hungry for a mid-engine Corvette for decades. Rob Dahm gets it, and as a rotary enthusiast with an already converted rotary Corvette, who better to build the streetable interpretation of the Aerovette dream?

In this video, there's a conspicuous absence of any C8 Corvette. Dahm hasn't bought one yet, but he does go into great detail about the 4-rotor that will be the heart of the project. You can see him unbolt and separate the sections and discuss the interesting bits about his rotary's parts. It's interesting for anyone wanting a closer look into the inner workings of a very unique engine configuration. But really, we're as impatient as Dahm is for the C8 to get to his shop so he can tear out the V-8 and get to work with the conversion. Stay tuned for more.