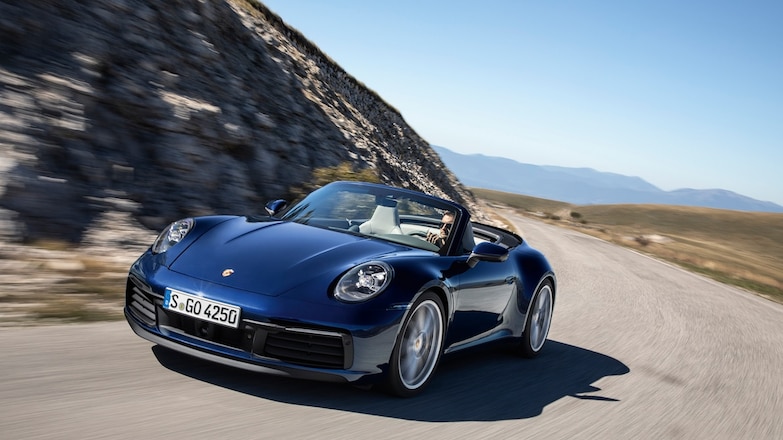 The eighth-generation Porsche 911 cabriolet has been revealed in all its open-air glory. Like its recently unveiled 992-generation coupe sibling, the stunningly beautiful car is being shown first in S and 4S spec.

In the S models, the twin-turbocharged 3.0-liter flat-six engine makes 443 hp (up 23 from before) and 390 lb-ft of torque. It mates at launch to a new eight-speed dual-clutch automatic transmission as standard. A manual will be offered later as a no-cost option. (The manual was cheaper than the auto before, so it will actually cost you more money to shift for yourself now.) 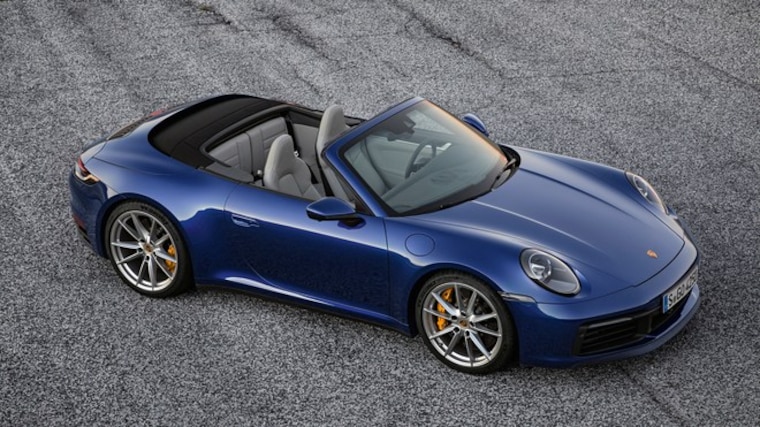 Porsche claims that the rear-wheel-drive 911 Carrera S Cabriolet can sprint from 9-60 mph in 3.7 seconds, and that the all-wheel-drive 4S Cabriolet can do it in 3.6. Both times are 0.4 second quicker than those the automaker stated for the outgoing 991.2 models and 0.2 second slower than their fixed-roof counterparts. The rear-drive S can hit 190 mph, while the 4S tops out at 188 mph—each is more than enough speed to trash a toupee or a fancy new 'do. As on the coupe, the cabrios can be spec'd with Porsche's PASM Sport Suspension, which adds stiffer springs and beefier anti-roll bars, and reduced ride height by 0.4 inch.

The fabric roof has a glass rear window and can be opened or closed at velocities of up to 31 mph in 12 seconds. That may sound like forever compared to the cars' acceleration times, but it's actually par for the course. That time matches the Jaguar F-Type convertible, and is marginally slower than the 11 seconds the Mercedes-AMG GT Roadster needs to raise or lower its top. An electrically operated wind deflector helps keep things calm in the cabin when the top is down. New standard equipment for both variants include electrically operated door handles, LED headlamps, a variable-position rear spoiler, and a seamless light bar across the rear. 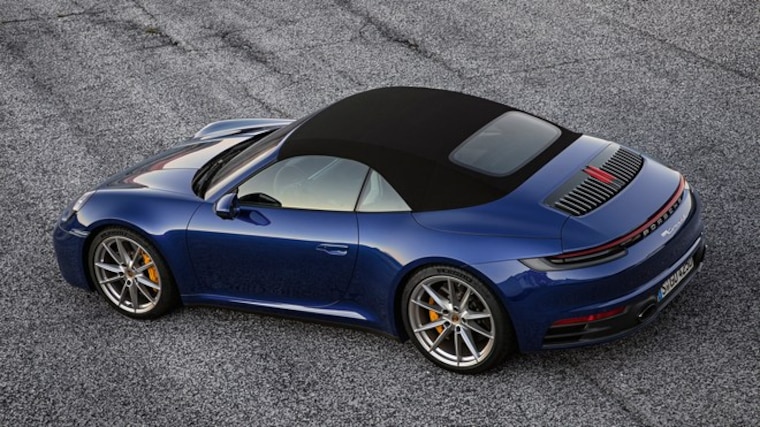 All sheetmetal is now aluminum on the cabriolets, and as all 992s now feature wide bodywork, the new drop-tops measure 71.2 inches wide up front and 72.9 inches wide out back. As with the coupe, the car has staggered-diameter wheels measuring 20 inches in the front and 21 inches at the rear. It's likely the non-S cars will use a 19- and 20-inch setup. 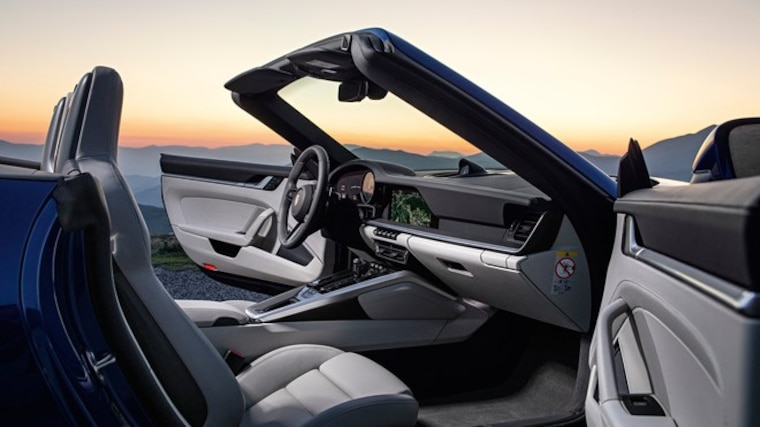 The infotainment system now features a larger, 10.9-inch touchscreen—up from 7.0 inches in the previous cabriolet—perched above a row of toggle switches. The 992's new Wet Mode makes an appearance here, too; it's standard and uses sensors in the wheel wells to detect water and flash an alert in the gauge cluster that tells the driver to return home and wait for better weather. We kid, but it does adjust the stability control and anti-lock braking systems for the conditions. Night Vision Assist is also now available on a 911 cabrio for the first time, and the thermal-imaging camera is almost certainly going to be a must-have for tech geeks like us. 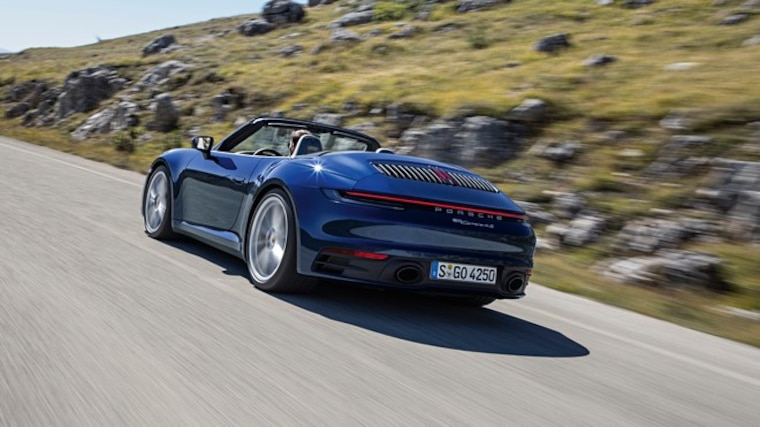 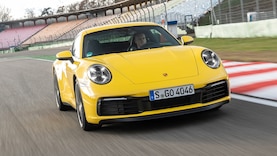