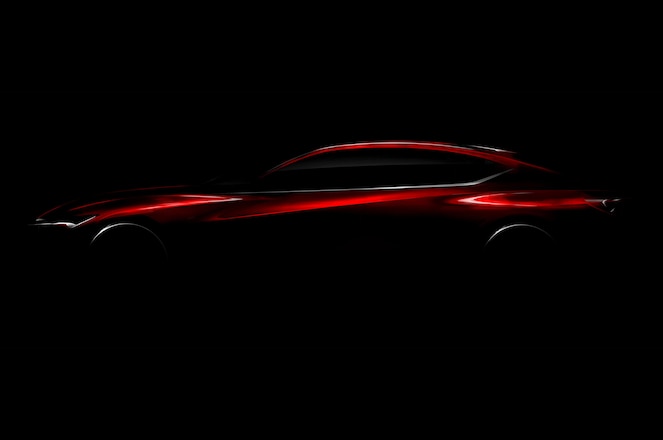 The Acura Precision Concept hints at the automaker's future design language. Acura released a teaser image ahead of the concept's debut at the 2016 Detroit auto show next month.

From the teaser image, the Acura Precision looks to have a long hood, swooping four-door coupe-like roofline, and a short decklid. The concept also appears to have a long dash-to-axle ratio, hinting at a longitudinal engine layout, though other front-drive-based cars have pulled off rear-drive exterior proportions in the past. A strong body side line starts just aft of the front wheel and swoops back and up toward the kick-up at the back of the side greenhouse glass. Other design details include fender bulges with a particularly prominent bulge over the rear wheels.

"The Acura Precision Concept will signal the stronger and sharper focus of Acura styling on our core DNA we call 'precision crafted performance'," said Dave Marek, global creative director for the Acura brand, in a release. "It is our intention to more strongly express performance through design and the Acura Precision Concept will serve as the inspiration for the styling and proportion of the next-generation of Acura vehicles, especially for our sedans."

Check out the Acura Precision Concept teaser image above of and share your thoughts below. What model do you think it previews?