It's a new auction world record for Honda's iconic roadster. 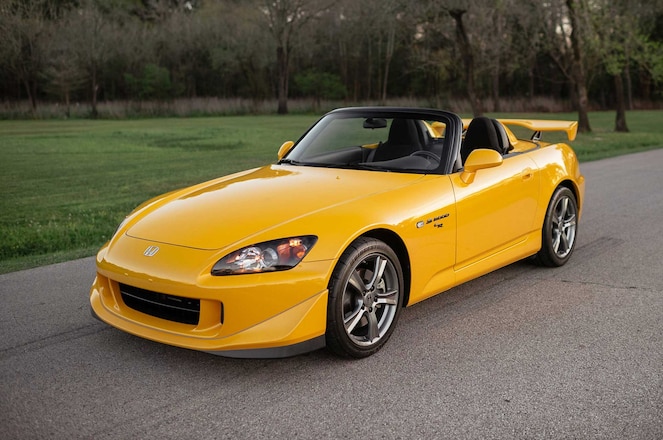 Honda sold the S2000 in the U.S. from the 2000 model year all the way up to 2008. Because the U.S. market was so strong for the car's sales, the manufacturer decided to commemorate the model's run for the final year of sales with a special U.S. variant: the 2008 Honda S2000 CR, or "Club Racer." Honda built just 699 Club Racers, and only four colors were available: black (the most common), yellow, blue, and white (the least common).

Air conditioning and a radio were optional on the CR, but the special interior upholstery, headrest fairings, factory hardtop (and soft-top delete), rear wing, quick steering rack, track-ready suspension, and chassis bracing in the location where the factory soft top normally folds up were all standard; each feature differentiated the 2008 Honda S2000 CR models from their more normal siblings. 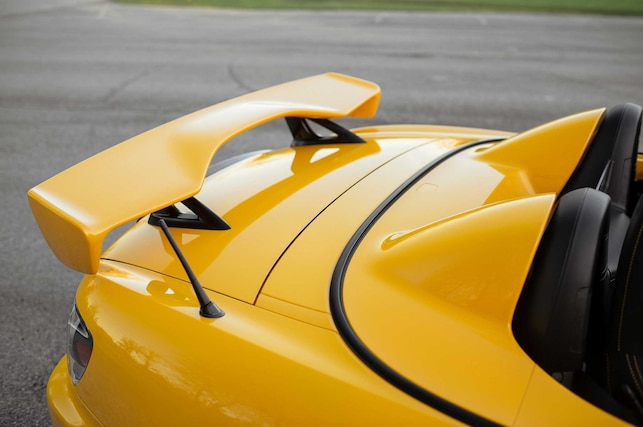 Looking at the market for Honda S2000s, the CR models are the most desirable—not only for their rarity, but also their focus. Many consider the 2008 Honda S2000 CR to be the ultimate expression of one of the greatest sports cars to ever hail from Japan. We found CR models could be worth as much as double the price of a standard S2000, but there's more to the story in the case of this particular 2008 Honda S2000 CR.

This car, a Rio Yellow Pearl S2000 CR, was originally retained by American Honda and kept in its collection for several years before a Honda employee purchased it. That employee later sold the car to a specialty dealership, which decided the best venue to sell it would be Bring a Trailer. They weren't wrong, with the 1,300-mile, nearly as-new S2000 CR hammering sold for $76,500, or more than twice the car's $37,935 MSRP 12 years ago. Add Bring a Trailer's mandatory five-percent buyer's premium, and the real sales price climbs to $80,325.

From Super Street's Editors: In a way, the S2000 CR was Honda's final gift to purists who didn't care for the kinder, gentler AP2, but the limited edition's real legacy might be that each upgrade it featured came with a part number (meaning you could ostensibly order all the bits and fashion your own CR if you wanted to). With the aftermarket doing such a better job at optimizing the AP platform, though, we're still at a bit of a loss as to why anyone would spring so much for this one - even as pristine as it is, even with its special heritage.