Visual upgrades over the standard model 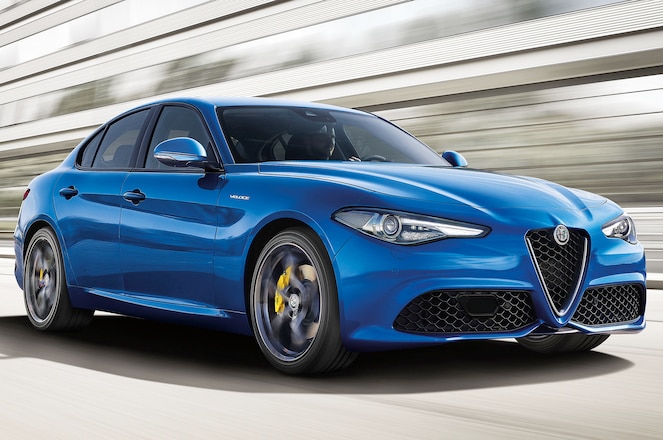 Although we've yet to see the Giulia reach our shores, Alfa Romeo is already plotting new variants of the midsize sedan. Complete with a number of visual upgrades, the Alfa Romeo Giulia Veloce will debut at the Paris auto show later this month.

On the exterior, you'll notice subtle changes including new bumpers, glossy black door trim, and a new rear extractor with two exhaust pipes. Set to debut in a new Blue Misano paint color, the model can also be dressed in optional 19-inch alloy wheels. Inside the cabin, look for black leather sport seats, a sport steering wheel, and aluminum accents. 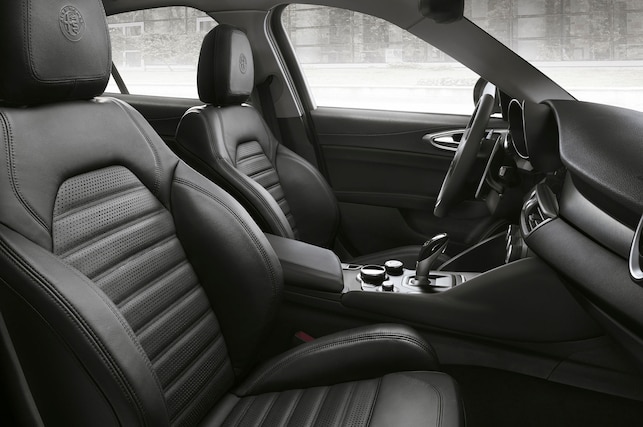 Despite the sporty visual updates, don't expect performance to reach Quadrifoglio levels. The Veloce will be available with two engines, one of which is an aluminum 2.0-liter turbocharged four-cylinder gas engine making 280 hp and 295 lb-ft of torque. The other engine, which may or may not make it to the U.S., is a 2.2-liter turbodiesel built entirely from aluminum and making 210 hp and 347 lb-ft. Both engines are paired with an eight-speed automatic transmission and Q4 all-wheel drive that adjusts torque distribution based on several conditions.

Alongside two Giulia Veloce models, Alfa Romeo will also bring out two Giulia Super models and a Competition Red Giulia Quadrifoglio at the Paris show. Alfa Romeo also says a new "AE" Advanced Efficiency Giulia will be available globally in early 2017. Thanks to technical tweaks like a low-pressure EGR valve, air-water intercooler, and secondary engine cooling circuit, along with specific gearbox ratios, the model should increase efficiency over the standard 2.2-liter diesel. 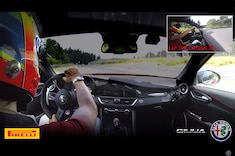 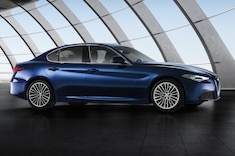 Details on the U.S.-spec 2017 Alfa Romeo Giulia have been revealed ahead of the 2016 New York auto show. 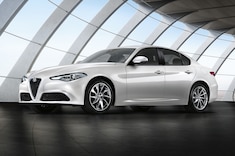 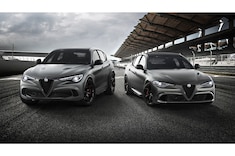 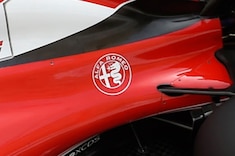