Rally game from Funselektor is here to prove you can still have a little fun with a PC and throwback pixel counts. 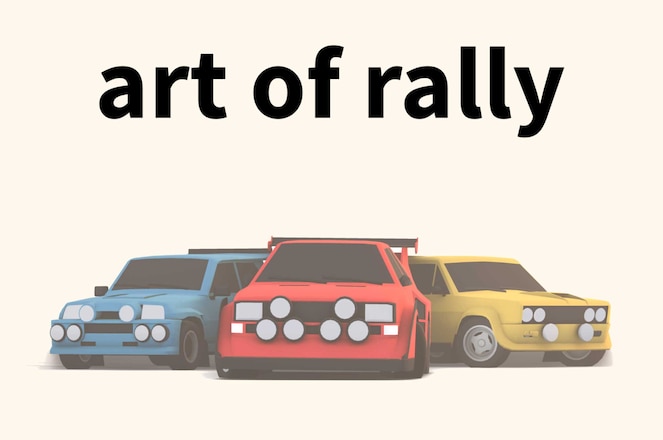 We've all (probably) had plenty of extra time on our hands lately. Not only that, but the all-new PlayStation 5 and the Xbox Series X are both just around the corner and upcoming releases such as Gran Turismo 7, Forza Motorsport, and Project Cars 3 have all piqued our interest. With all this extra time and excitement, surely you—as are we—have seen an uptick in gaming time. But do you really need to creep up to the bleeding edge of console technology and shell out big money for the new PS5 and Xbox to have a good time? art of rally is here to prove you can still have a little fun with a PC and throwback pixel counts.

In essence, art of rally is an arcade-style rally racing game that'll be released on Steam and GOG. But instead of pushing the envelope and rendering everything from the cars to dirt to tire treads in ludicrous detail, Funselektor, the creator of art of rally, has taken a lighthearted approach to graphics. Instead the feel and style of the game is its focus. You'll notice there isn't any special lighting, no hardcore weather effects, and cars haven't even been that heavily detailed. You can check out the full teaser of art of rally's gameplay here.

The game is quite literally an exercise in childlike art. The cars, landscapes, and racetracks are beautifully minimalist while maintaining real character. The game itself has a hardcore retro vibe, and that alone represents a breath of fresh air. When it's finally released, art of rally will offer more than 50 iconic cars from Group A, Group S, and the legendary Group B.

The video game will also have 60 iconic tracks from Finland, Norway, Germany, and Japan for you to tear up. If you want to pit yourself against your friends, there will be daily and weekly challenges to tackle and a leaderboard system that will keep track of all your progress to see how you stack up against the competition.

From the Editors of Super Street: As weird as this may sound for a game full of blocks and pixels, the aor teaser is something of a feast for the eyes. While they aren't clearly identified, the unmistakable body lines of the Toyota Hachiroku, Audi Quattro, Porsche 911, BMW 2002, in addition to models from Renault, Lancia, Volvo and others, are woven throughout the sneak peek. This thing is pretty dope!

Art of rally looks like a fun-filled take on a genre of gaming that's been bereft of a sense of humor for too long, and we can't wait to get our hands on a copy later this year.