Pricey “Star of Lucis” made for Japan 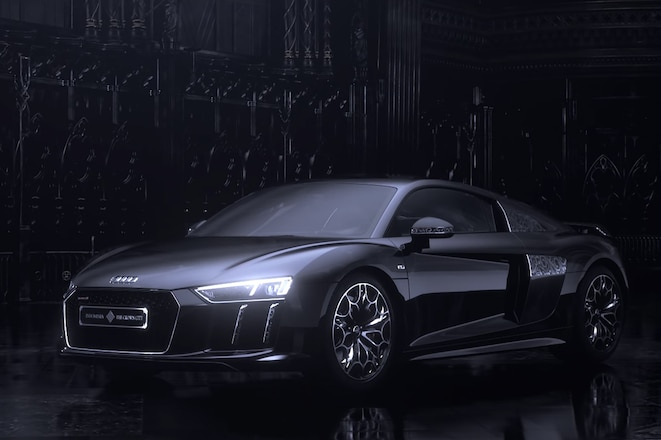 Sadly, only the Japanese market will have the pleasure of a collaboration between Audi and Square Enix, the makers of the Final Fantasy video game series. The two teamed up to create a limited-edition Audi R8 to celebrate the upcoming 15th iteration of the title. While the R8 won't be featured in the game, Square Enix and Audi still crafted a rich background for the car.

According to the Final Fantasy-inspired story, the Star of Lucis R8 was designed and built for the crown prince of the Kingdom of Lucis. The one-off black paint is said to mimic the Kingdom's color palate and represent the nobility of the prince. Along the R8's air intakes, rear wing, side blades, and mirrors, brilliant filigree patterns have been etched into the car in a Middle Eastern style. Square Enix states that these designs are from "the Tenebrae oracle clan," and offer "peace, blessings, and well-being." However, if you watch the R8's video introduction, it doesn't seem that the Prince of Lucis is offering peace and blessings.

Additionally, the Star of Lucis R8 has a unique set of rose petal wheels with interwoven elements design to mimic the kingdom's swords. These will definitely have heads turning.
The Star of Lucis R8's interior, however, hasn't really been touched. The cockpit still comes with the standard R8's Virtual Cockpit, B&O sound system, sport seats, and sport steering wheel. However, it doesn't feature orange stitching throughout.

According to Audi, the Star of Lucis R8 uses the standard 5.2-liter V-10 from the R8 Plus mated to a seven-speed dual-clutch transmission. Those bits combined with Audi's Quattro all-wheel drive system allows the car to hit 62 mph in just 3.2 seconds, according to Audi. Priced in Japan at 50,000,015 yen, the exchange rate comes out to an insane $620,600. Buyers also won't be able to just throw money at Audi for the chance to own one as Audi and Square Enix will pick them through a lottery system that is set to open on November 21, only eight days before the newest Final Fantasy game goes on sale. 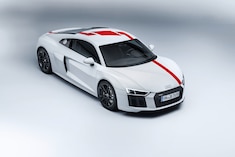 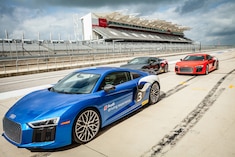