Will serve as race taxi 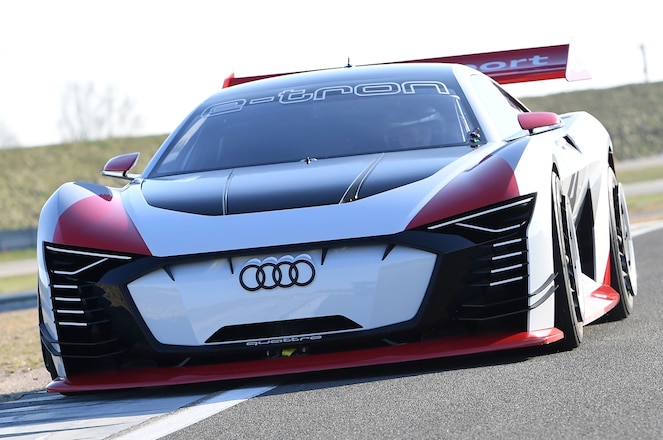 Originally, Audi only intended the E-tron Vision Gran Turismo for the virtual world of PlayStation 4. But now the automaker has decided to bring the "Gran Turismo" racer to life in the Formula E races this month.

The Audi E-tron Vision Gran Turismo delivers a total of 815 hp with the help of three electric motors, two of which drive the rear axle and the other at the front. Audi says the model uses certain components from the future Audi E-tron. Weighing around 3,197 pounds, the permanent all-wheel-drive race car is said to have a 50:50 weight distribution between the two axles and a 0-62 mph time of under 2.5 seconds. Visually, it bears a resemblance to the Audi 90 quattro IMSA GTO that won several races in the American touring car series during the 1989 season. This car, however, was powered not by three electric motors but by a five-cylinder turbo engine. 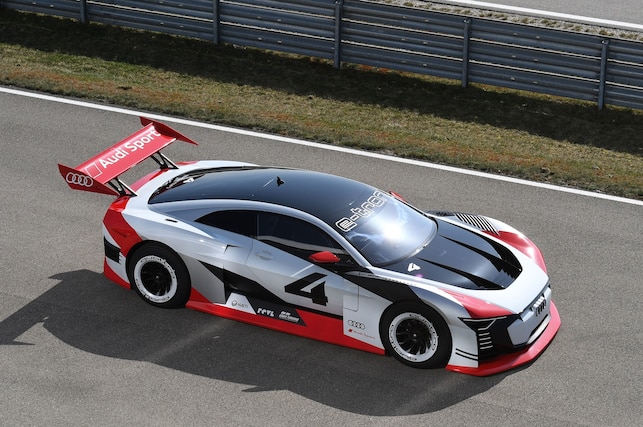 It took Audi only 11 months to build the E-tron Vision Gran Turismo based off the virtual model from the video game. Audi chief designer Marc Lichte hints that this car previews what we can expect on future electrified cars from the brand. "This car incorporates numerous elements of our new design language such as the inverted single frame in the vehicle's color that will be typical for our new e-tron models," he said.

The E-tron Vision Gran Turismo will appear in all European Formula E races this year. It will be used as a race taxi that transports passengers along Formula E's city circuits starting April 14 in Rome. Piloting the race car will be former DTM driver Rahel Frey from Switzerland or Le Mans winner Dindo Capello from Italy.

Audi's first all-electric offering, the E-tron Quattro, arrives this year. The E-tron Sportback will follow in 2019, and both will be built in Brussels, Belgium. 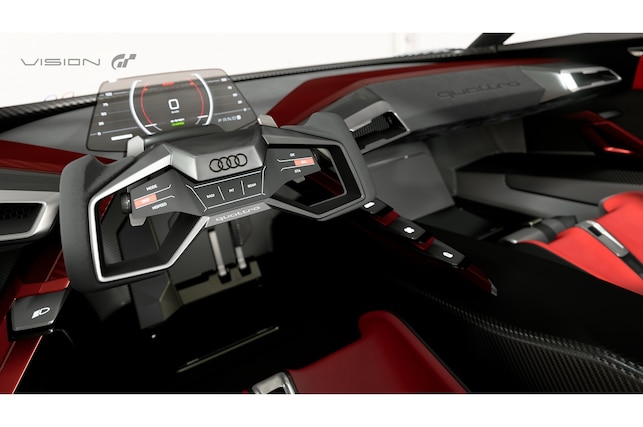