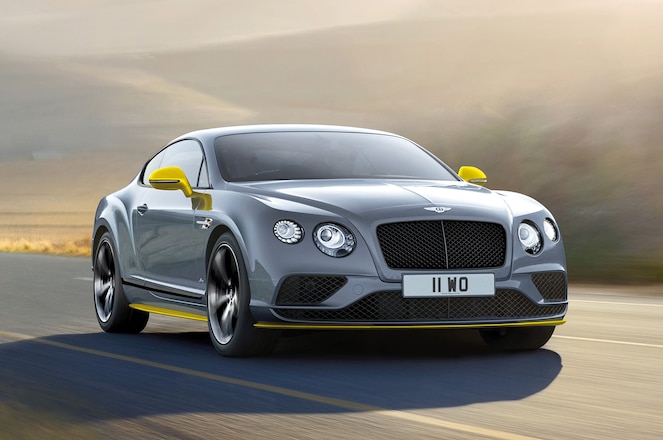 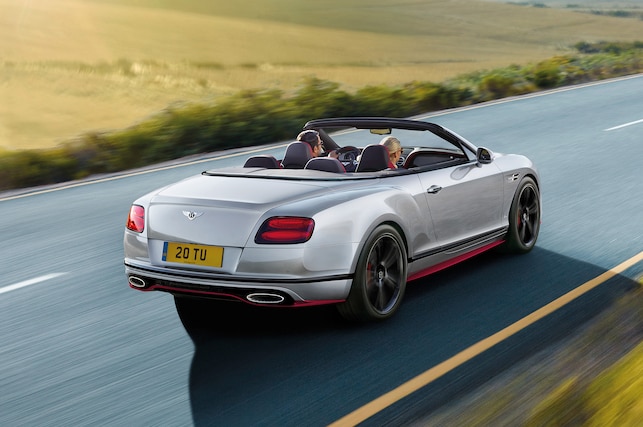 According to the automaker, the GT Speed's 6.0-liter, twin-turbocharged W-12 engine now makes 633 hp, up from 626 hp. Torque has jumped to 619 lb-ft, which is 20 lb-ft more than before. An eight-speed auto still routes power to all four wheels. Bentley says the increase in power is enough to propel the GT Speed coupe from 0-60 mph in 3.9 seconds, 0.1 second quicker than before. We should mention that the last Conti GT Speed coupe we tested ran to 60 mph in just 3.8 seconds (and that was a model year 2013 car when it was "only" making 616 hp). Top speed remains at 206 mph, making it Bentley's fastest production car. The Continental GT3-R is still the automaker's quickest with a 0-60 mph time of 3.3 seconds from our tests.

Meanwhile, the Black Edition model is essentially an appearance package with black exterior and interior accents. Exterior window and headlight trim, for example, feature a gloss black finish, as do the 21-inch wheels. Meanwhile, the lower aero kit can be finished in contrasting colors like Cyber Yellow or St. James Red. Customers can also opt to have the interior accent color schemes mimic the exterior. 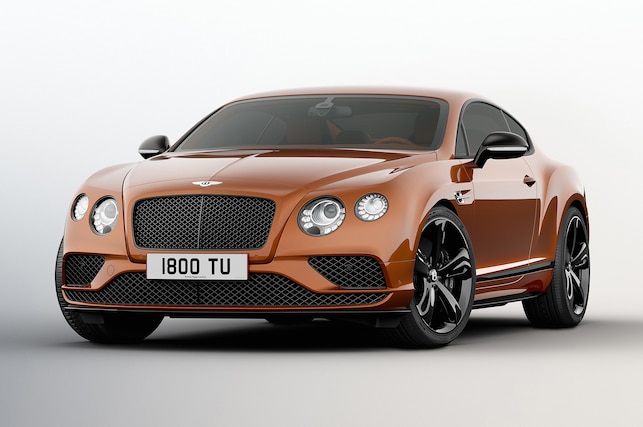