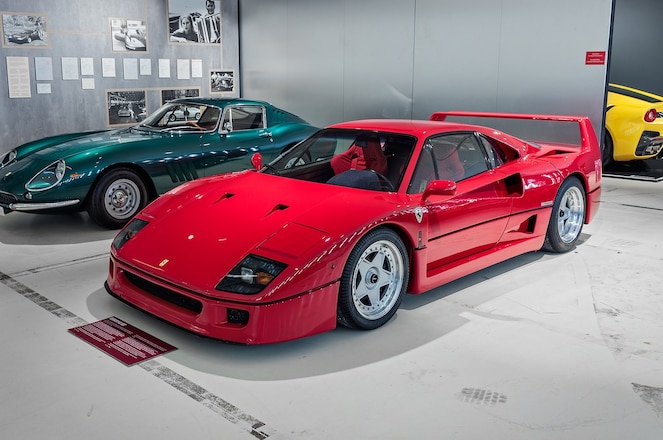 Ferrari is one of automobilia's most storied brands. So it makes a certain sense that there are two Ferrari museums located near the automaker's legendary home. One is a historical celebration of the brand, located adjacent to Ferrari's factory in Maranello, Italy; the other, in nearby Modena, is more a celebration of Enzo Ferrari: the man, the myth, the legend.

We took a tour of Museo Ferrari Maranello before we conducted the First Drive of the production model of the new 488 Pista. Here are the highlights from that visit.

Photo 2/33   |   Want to see photos of classic Ferrari road cars? Check out the Ferrari photos at the end of this story

Formula 1 shrine (from right to left):

Ferrari's first F1 title-winner in 1952, it won again in 1953 with Alberto Ascari behind the wheel for six of its seven GP wins (Piero Taruffi won the other, for a clean sweep of all seven races). The engine was designed in one day.

Using many borrowed spare parts from the retired Lancia racing effort, Ferrari engineer Vittorio Jano created a front-mounted V-8 engine, diagonally mounted with external tanks acting as wheel fairings for aerodynamics. Although it was stable with a full tank, it was a beast as the tank emptied—requiring the skills of Juan Manuel Fangio to pilot it to the championship.

Mike Hawthorn took the championship by winning the French GP and notching numerous second places, edging Stirling Moss. Another Jano design, the 246 F1 ran with a tubular chassis and was the first Ferrari to have front helical springs instead of the traditional leaf springs. As the season came to its close, disc brakes made their first appearance.

First appearances of Bosch direct injection and magnesium/zirconium alloy wheels, the 156 rode on a tubular-steel trellis chassis. Piloted by motorcycle champion John Surtees. Precursor to the 158 that won the F1 championship with Surtees.

Its giant flanks contained heat exchangers to help cool the twin turbos mounted atop a 120-degree V, but reliability issues kept it from winning the title, despite wins by Gilles Villeneuve at Monaco and Jarama.

The first entirely CAD/CAM Ferrari. The computer decided it was better for the driver to be seated much further forward than tradition held; it also extended the wheelbase, placing radiators longitudinally, and used big wheel hubs. Putting out more than 800 hp in tests, the engine had central intakes and side exhausts. Michele Alboreto came in second in the championship that year.

Showcasing the evolution of Ferrari's semi-automatic gearbox, this car used rockers behind the wheel instead of a gearshift lever. Using a dynamic air intake and lightened rotating parts allowed the engine to rev higher, but at the cost of increased fuel consumption. Again, it was a second-place finisher in the championship, despite five wins from Alain Prost as he chased the McLaren-Honda of Ayrton Senna.

The winningest Ferrari ever, piloted by Michael Schumacher, had an engine that weighed just 200 pounds. Originally conceived as a qualifying car with frequent pit stops, the F2004 ran very hot and required a transmission with a titanium-fusion box surrounded by a carbon skin to protect it from the searing exhaust gases coming from the chimneys.

Other Classic Ferraris at the Museo Ferrari Maranello 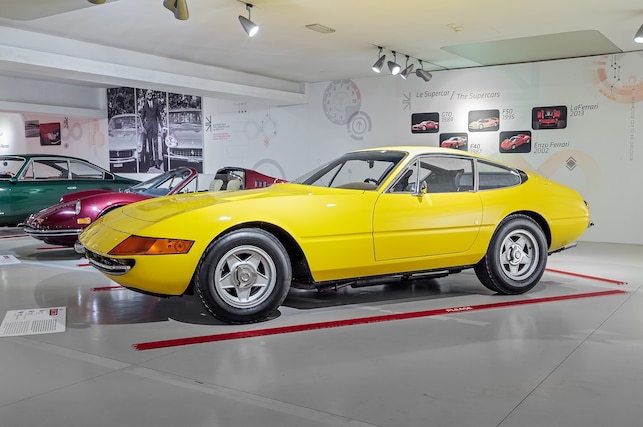