Expect to see a production model next year 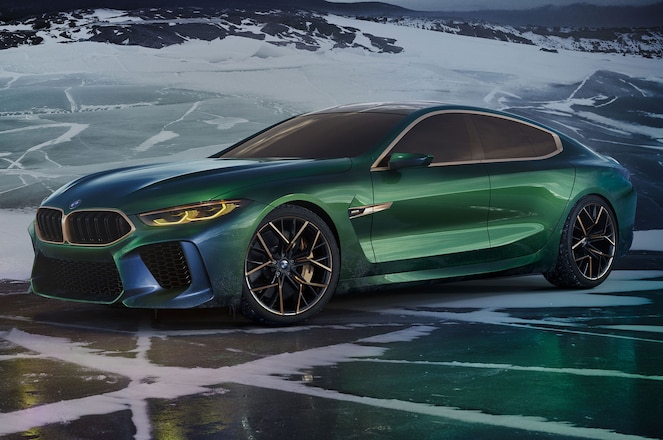 BMW previewed an alluring flagship in the form of the 8 Series concept last year, but the M8 Gran Coupe concept is even more jaw-dropping with its two extra doors, M touches, and gold exterior accents. The model debuted at the Geneva Motor Show this week.

The BMW Concept M8 Gran Coupe shares many design cues with the first concept, including the shape of the kidney grilles. But among its many unique bold touches, the new concept receives more aggressive front air vents as well as yellow headlights featuring tech borrowed from the M8 GTE race car. On the side, you'll notice the M brand's signature gills finished in gold. The roof, made from carbon fiber reinforced plastic, slopes down to a large fin on the trunk. 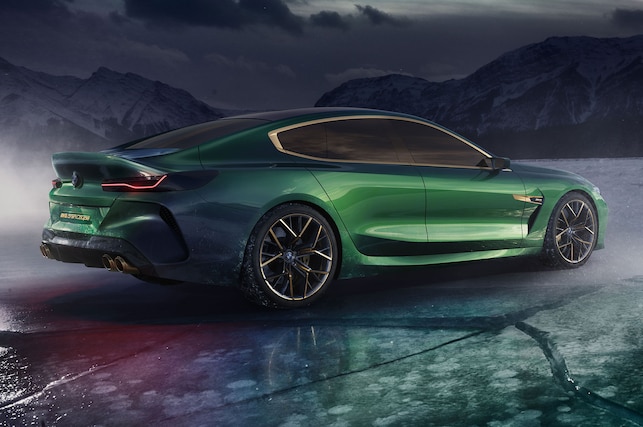 The car's striking green paint job is called Sal ve Vert, and according to BMW, it can also appear grayish blue in different lights. We think it goes well with the gold-colored accents on the grille surround, window trim, brakes, wheel rims, and M twin exhaust tailpipes.

The BMW Concept M8 Gran Coupe shares the spotlight with the 2019 Mercedes-AMG GT 4-Door Coupe, which was reveled in production form in Geneva. The model will also go up against the Porsche Panamera. 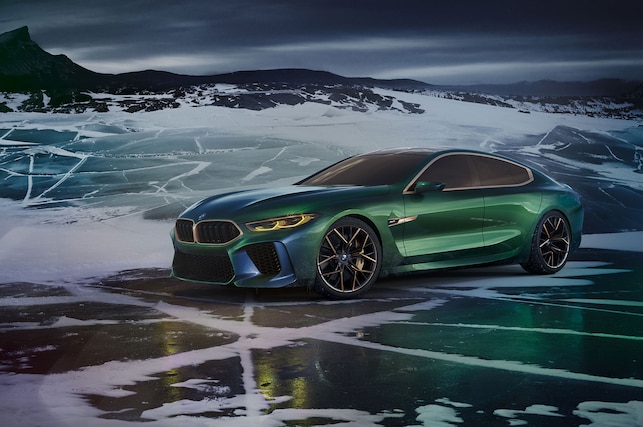