On the scene at RETTmobil 2018 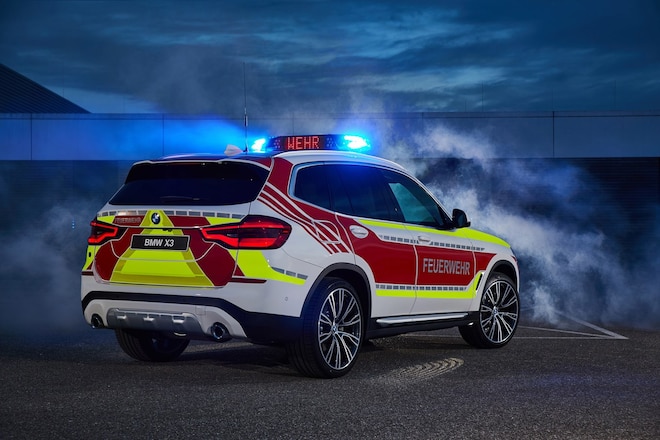 BMW introduced six special-purpose vehicles for fireman, police, and medics on the go at RETTmobil 2018 in Fulda, Germany, this week. The specialist trade fair is now in its 18th year and is the first stop for European first responders to load up on the latest gear and coolest new rides.

For this year's extravaganza, the new BMW X3 is presented for the first time as a fire service command vehicle and an emergency ambulance. The BMW 2 Series Gran Tourer is also converted for ambulance duty and a BMW X1 is upgraded for firefighters. For European cops looking for new wheels, BMW Motorrad is exhibiting a BMW 750 GS police motorcycle and the Mini brand has given the Mini John Cooper Works the cop car treatment. Get the 911 on them here.

The BMW X3 gets fire engine red, neon yellow, and white paint with blue bug lights on top. It's built as a fire service command vehicle and is pre-fitted with radio handsets, a 230-volt supply socket, two 12-volt power outlets, and a big fire extinguisher mounted in the back. Under the hood it packs a 2.0-liter turbocharged four-cylinder diesel engine that offers 190 hp and 295 lb-ft of torque. The engine is mated to an eight-speed automatic transmission. It'll scoot from 0-62 mph in 8 seconds and has a top speed of 132 mph.

The U.S. doesn't get the 2 Series Gran Tourer, which is a shame because they look pretty cool with strobe lights and a neon orange and white ambulance paint job. This emergency vehicle features blue LED flashers in the grille, on the dash, and on top of the roof in a sleek mounted bar. The Sports Activity Tourer ambulance is powered by a 2.0-liter turbo-four diesel engine that offers 190 hp and 295 lb-ft of torque. It's mated to an eight-speed automatic transmission and has all-wheel drive.

If the 2 Series Gran Tourer isn't big enough, emergency responders can go for the larger X3 ambulance, which gets a similar neon orange and white paint scheme. The vehicle wears blue flashing lights in the grille, dash, and on the roof. It also features a Motorola radio system, three-zone automatic climate control, heated seats, and lumbar supports for the driver and co-driver. Now, that's a big 10-4. The orange emergency vehicle theme continues with this X1. It wears a big blue light bar on its roof and more LED flashers in the rear. The vehicle was designed with operations management in mind, which is why it features a pre-fitted fixture for digital radio and a concealed antenna. Just like the other BMWs showcased, the X1 packs a turbodiesel 2.0-liter four-cylinder mated to an eight-speed auto. 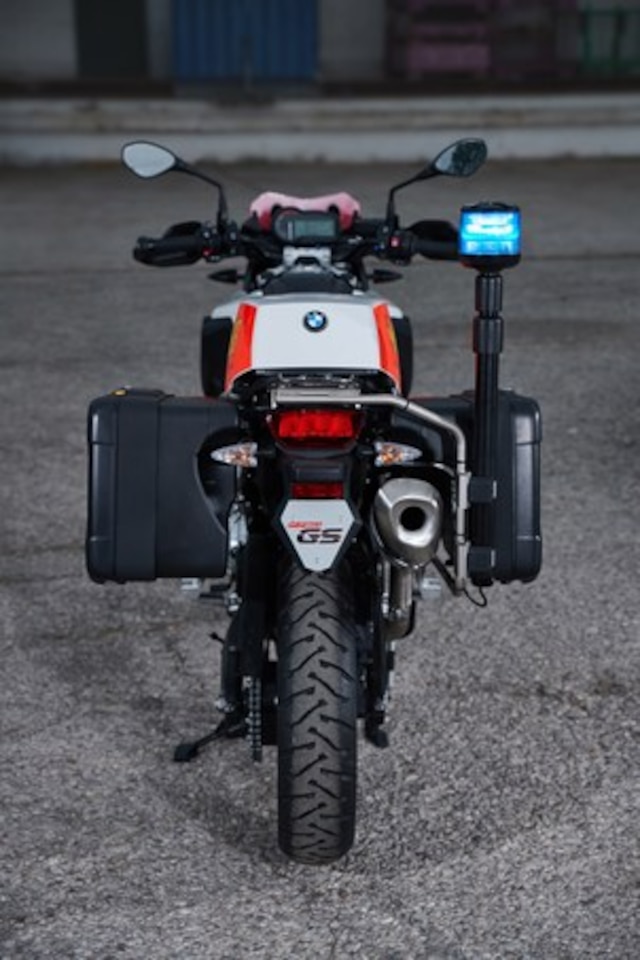 This cool white, black, and orange motorcycle is designed for emergency services and cops. Riders should have no problem getting other motorists' attention thanks to the LED flashers in blue and yellow and a police siren. It has two deep side-mounted luggage bags that can hold a fire extinguisher, helmets, and other gear. The motorcycle has heated grips, hand protectors, and a protective bar. It's powered by a two-cylinder, four-stroke engine with 77 hp and 61 lb-ft of torque. The 750 GS has a top speed of 118 mph. Hold on, I think we can outrun this one.

This Mini moonlights as a police car. It looks like it was tagged by some graffiti punks, but it should be able to catch them with a turbocharged 2.0-liter four-cylinder under the hood that delivers 231 hp and 258 lb-ft of torque. Though it could serve as an interceptor in Europe where there are fewer Mustangs and Camaros roaming the streets, BMW says European police forces like Mini models for public outreach instead. 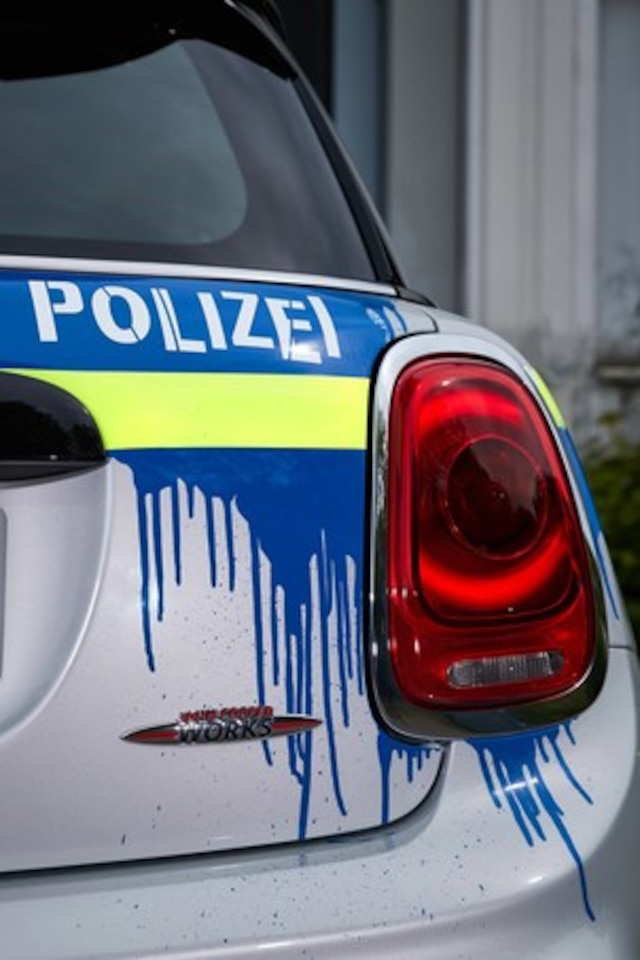