Partners with Warner Bros. for “The Lego Batman Movie” The Caped Crusader and Chevrolet have joined forces to promote the February 10 release of "The Lego Batman Movie." The Bat Signal shined on GM's Renaissance Center headquarters in downtown Detroit the evening before Chevrolet revealed its 17-foot Lego Batmobile at the first public day of the North American International Auto Show.

Chevrolet, in conjunction with Detroit's Cody Rouge community, A World in Motion, and First Lego League, unveiled the 1,695-pound life-sized Lego Batmobile that took 1,833 hours to build and consists of 344,187 Lego bricks. Inspired by Batman's Speedwagon in the upcoming movie, the Lego sculpture is almost 7 feet high, over 9 feet wide, uses 17 colors, and is supported by an interior frame made from more than 86 feet of square tube aluminum. 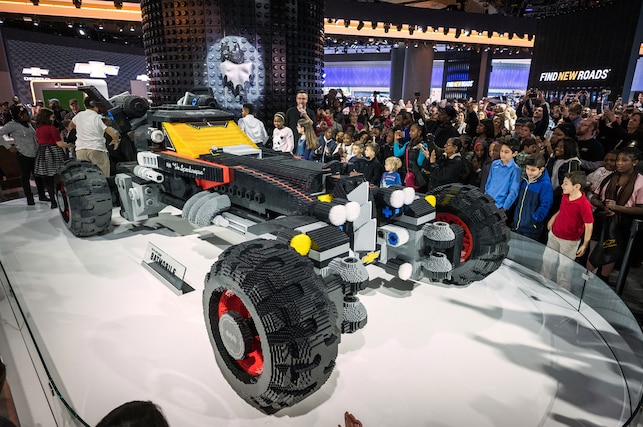 "To work on the LEGOBatmobile with Warner Bros. is an absolute thrill for us at Chevy," said Chevrolet's U.S. president of marketing, Paul Edwards, in a release. "Many of the themes in 'The LEGOBatman Movie,' like imagination, family and community, align perfectly with our Chevy brand values and add to the value of the partnership."

Expect to see Chevrolet's Lego Batmobile in the next installment of the automaker's "Real People, Not Actors" campaign that also features real Lego figurines. The Lego Batmobile will be on display in Detroit until January 22. 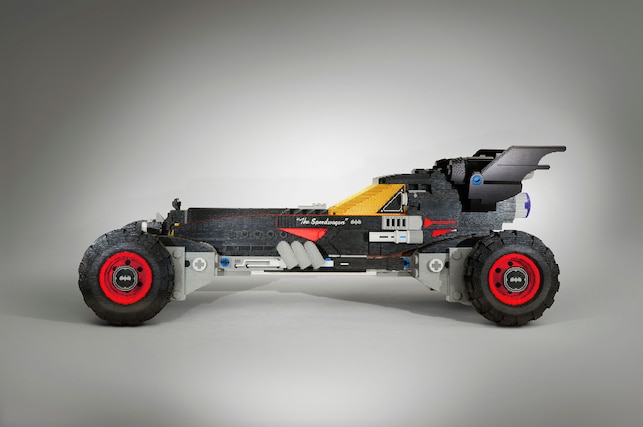 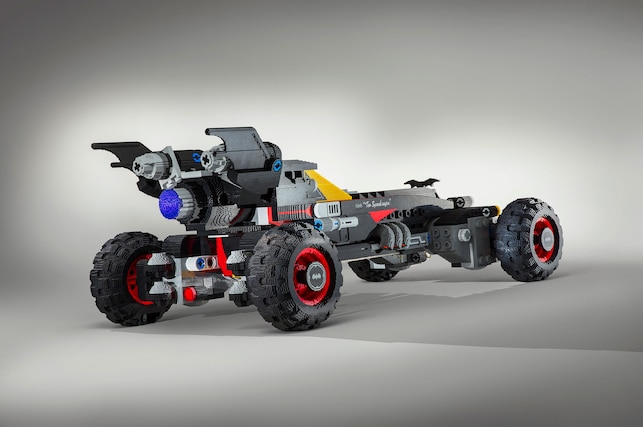