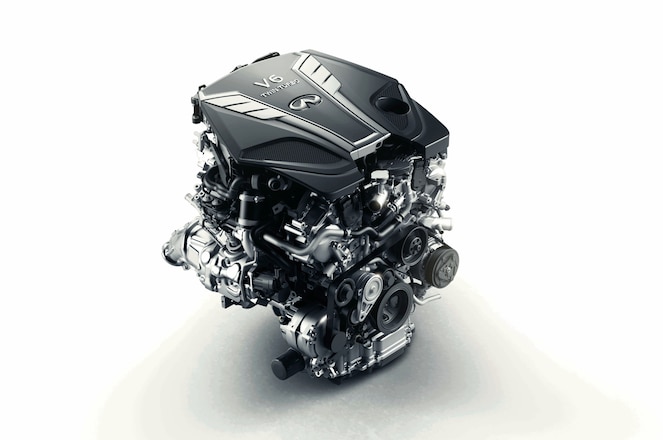 Infiniti will debut the production Q60 coupe in Detroit, but it's also showing another car that's been significantly updated. The 2016 Infiniti Q50 will bow with an all-new engine lineup, which the luxury brand detailed at a recent press event.

The styling refresh may look fairly minor, confined primarily to the front and rear 10 inches of the Q50, but under the hood is a suite of three brand new engines (a largely carry-over hybrid drivetrain will also be offered). Entry Q50s will get a version of the Mercedes-Benz-designed but Nissan-built (in Dexter, Tennessee) 2.0-liter turbocharged inline-four-cylinder engine, good for 208 hp and 258 lb-ft of torque. It will be offered with your choice of rear- or all-wheel drive, as is the case with the next two newbie engines. 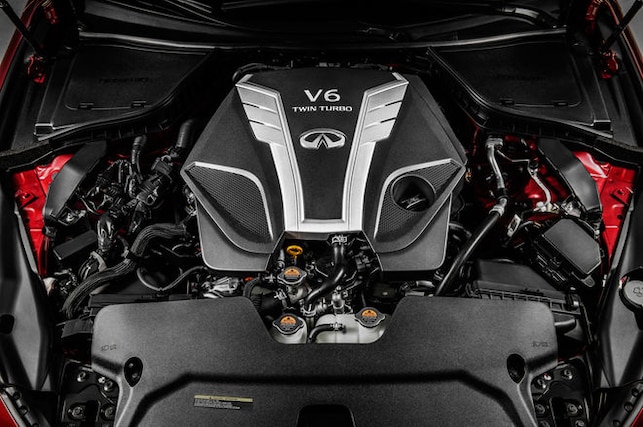 Say hello to the venerable VQ engine's successor, the VR30. This new 60-degree 3.0-liter twin-turbo V-6 shares very few parts or dimensions with its VQ predecessor, nor (sadly) does it share much with the mighty VR38 GT-R mill. Extensive light-weighting means that the engine weighs nearly the same as its larger-displacement naturally aspirated forebear, despite the addition of two turbos and their associated short-runner air-to-water intercoolers. This conveniently negates the need to redesign the chassis for a different weight balance. The engines feature state-of-the-art, if not ground-breaking technologies, like direct fuel injection, faster-acting and more precise electrically actuated variable intake cam timing (the lest crucial exhaust cams are still hydraulically twiddled), new hot-wire plasma-sprayed low-friction cylinder linings, an electric water pump, electrically actuated turbo wastegates, and exhaust manifolds integrated into the cylinder heads with turbos bolted directly to them. One industry-first technology: an optical turbocharger turbine speed sensor (they spin up to 220,000 revs!). The oil pan and intake are also made of an organic resin. 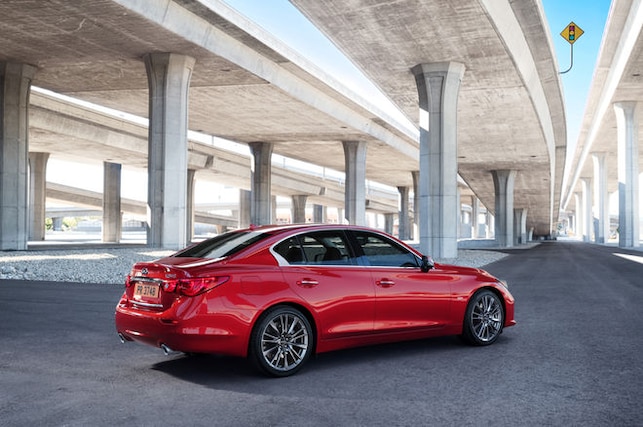 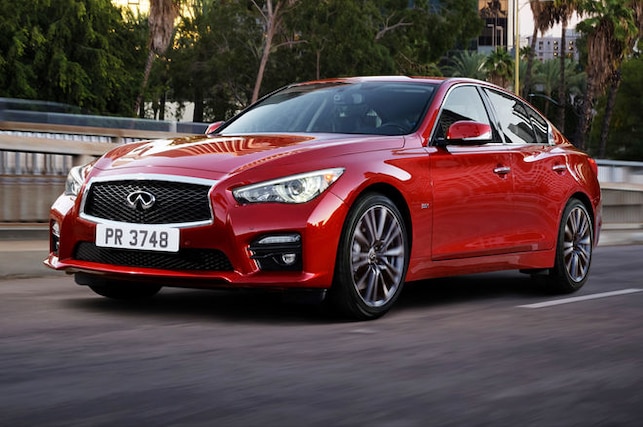 Other new technologies making their debut on the Q50 include an electronically controlled suspension that employs an infinitely variable choke valve to regulate the flow of the damping fluid into its reservoir. The system offers comfort and sport settings, which differ very little in feel when tooling along in a straight line, but radically change the response rate to limit roll, pitch, and yaw more in sport mode. We are also promised that the formerly confounding direct-acting (by-wire) steering system has been rendered far less so in this iteration. The alternative of a rack-mounted electric assist motor is still the default setup. 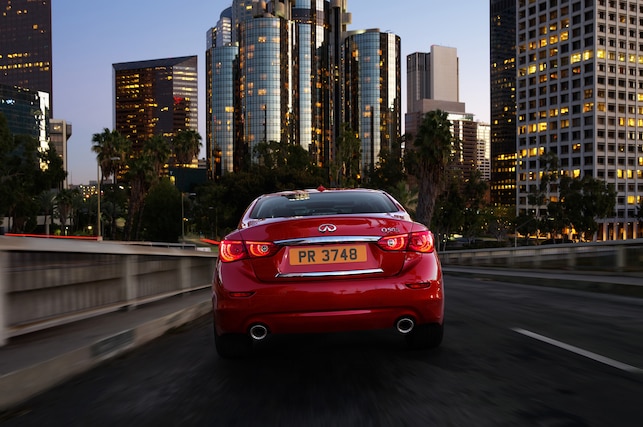 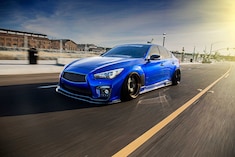 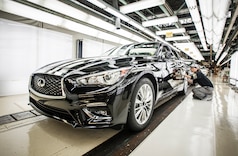 Good news for sedan fans — the 2018 Infiniti Q50 is already rolling off the line and is expected to reach U.S. dealerships later this summer. 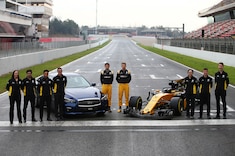 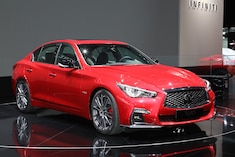 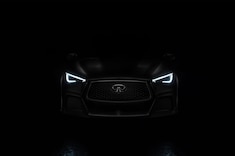 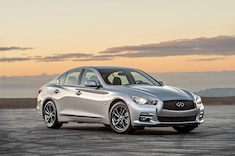