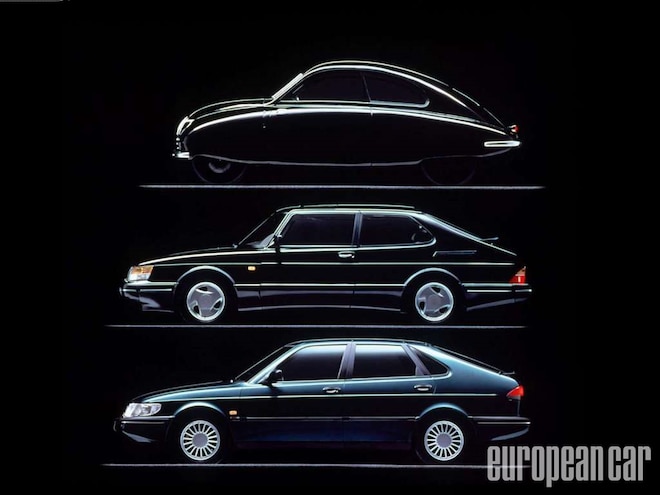 ZEEWOLDE, The Netherlands (1 February, 2010) – In advance of the General Meeting of Spyker shareholders, to be held on 12 February 2010, and which was convened on 28 January 2010, Spyker Cars N.V. ("Spyker") provides further strategic and financial details regarding its acquisition of Saab Automobile AB ("Saab"). 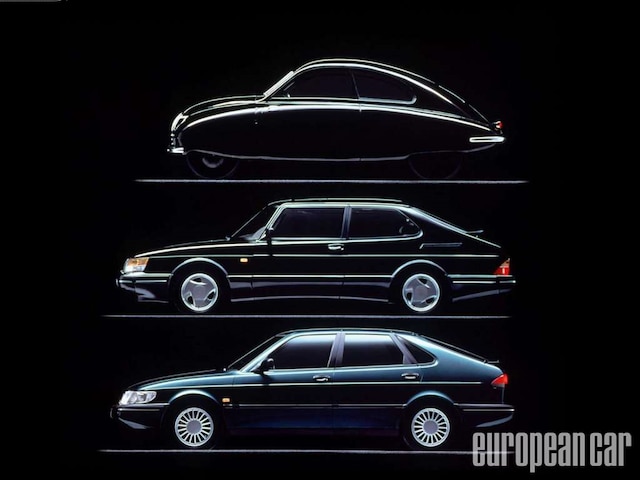 ACQUISITION RATIONALE AND SAAB BUSINESS PLAN
Spyker believes that through the purchase of Saab it has a rare opportunity to acquire and rebuild a global car brand which will be repositioned towards an independent performance-oriented niche car company with an industry-leading environmental strategy. Saab’s brand DNA is unique and rooted in its aeronautical heritage, innovative and independent thinking and its Swedish origins. Spyker fully supports Saab’s Business Plan which will be implemented by Saab management. The Business Plan, drawn up by Saab management over the past ten months, was analysed by Spyker in assistance with Booz & Co and KPMG Transaction Services, advisors to Spyker. The Business Plan has also been analysed and supported by several advisors to the Swedish Government and the EIB.

At the General Meeting, Spyker Cars N.V. intends to adopt a resolution to change its name to Saab Spyker Automobiles NV (“Saab Spyker”). This entity will operate Spyker and Saab as two separate operating companies, each focused on its distinct target markets with their respective vehicle lines. As previously stated, Saab Spyker is committed to execute the Saab Business Plan. It is the intention to enhance it in several areas. The highlights of Saab’s strategy will be:

• Saab will be a stand-alone niche manufacturer with three to four model lines: 9-3 (sedan, hatchback, sports estate, X and convertible) and 9-5 (sedan, sports estate and X) and the 9-4X for both the US and European markets. In addition, Saab will investigate the potential of adding a fourth smaller car line ("9-1") in due course provided that the positive development of the smaller car segment continues. However, this model is currently not envisaged in the Business Plan so if the outcome of the investigation is positive, additional financing to develop this model could be required.

• Saab will continue to be repositioned against other brands such as Audi (A4/A6) and BMW (3/5 series) as a premium brand, leveraging its strong and unique brand heritage.

• Saab’s Technical Development Center in Trollhättan has full capability in developing complete vehicles and will continue to do so. In areas such as safety, environment, driving characteristics, practicality, turbo technologies and several other innovations, the Saab brand is among the best in the industry.

• With Trollhättan as one of the most efficient mid-size car plants in Europe, production and sales volumes are aimed to be rebuilt to recent pre-crisis levels of about 100,000 to 125,000 vehicles including the 9-4X built in Mexico.

• The current dealer network will be re-energized with a new sales and distribution approach in certain markets, which will be implemented during 2010.

• The economies of scale of the on-going collaboration with GM after Closing the acquisition (February 2010) will continue to be leveraged in sourcing via ancillary agreements, with independent sourcing gradually increasing to reduce GM dependency and obtain improved access to other suppliers and the co-development of unique innovations.

• Saab Spyker believes that its two brands, both deeply rooted in aeronautical and automotive history, will benefit from sharing certain assets and technology services. Examples include but are not limited to:

• The extensive engineering know how and innovative technologies available at Saab.

In the future, the two brands will be able to share certain parts and components and expect to obtain access to supplier and partner resources not available to Spyker or Saab individually today.

FUNDING OF SAAB
The Saab Business Plan requires approximately $1 billion in peak funding for Saab in advance of the return to profitability, forecast to occur by 2012. The funding is provided in part by GM, through $326 million Redeemable Preference Shares (“RPSs”), and in part through other contributions, which concern various substantial contributions to the funding of Saab’s Business Plan on favorable terms for supplies by GM to Saab and deferred payments from Saab to GM. The remaining amount, apart from cash at bank, is to be provided by a EUR 400 million loan from the European Investment Bank for certain R&D projects at Saab. Securing this EIB loan is a condition precedent to closing of the Saab acquisition (“Closing”).

With this financing in place, the business plan does not envisage any future funding being required, neither from Spyker or elsewhere, for Saab to return to profitability. The business plan targets car production and sales at or below historical levels of 100,000 to 125,000.

Explanation on the two sources of funding:

Redeemable Preference Shares
At Closing, GM will convert USD 326 million of pre-closing receivables on Saab into RPSs in Saab. The issue of the RPSs will therefore NOT cause any dilution for the shareholders in Spyker. The voting rights attaching to these RPSs constitute 0.0005% of the total voting rights in Saab. The other 99.99% of the voting rights (100% of the ordinary shares) will be held by Spyker. Since the RPSs are capital and not a loan, no interest is due at any time by Saab. The RPSs carry no dividend from Closing until December 31, 2011. A dividend entitlement of 6% starts from January 1, 2012 through June 30, 2014 and increases over time to 12% as from July 1, 2014 until the scheduled redemption date of December 31, 2016. The dividend over 2012 will be added to principal, but as from fiscal year 2013 the dividend is payable in cash. Should Saab have insufficient distributable reserves to pay the cash dividend it will be added to principal increased with a penalty factor of up to 4%, but such that the total dividend entitlement will never exceed 12%.

In the period 2010-2016, the average dividend payable is about 4%, which is considerably below the average interest on a comparable subordinated loan.

The RPSs qualify as equity and therefore, if Saab cannot pay dividends or redeem the RPSs, Saab will not be in default but the RPSs will simply continue to accrue. Also, the RPSs cannot be redeemed as long as the EIB loan is not yet fully repaid. The Saab Business Plan envisages redemption of the RPSs starting in 2016 out of retained profit, without additional funding (from Spyker or anyone else) being required.

EIB Loan
The Share Purchase Agreement is subject to the execution of a EUR 400 million loan agreement between Saab and the European Investment Bank (“EIB”), for which a guarantee was obtained from the Swedish Government on January 26, 2010. This loan will be issued to Saab. All amounts payable by the EIB are specifically earmarked to the Euro for designated Saab projects and capital expenditures and represent 50% of these projects or capital expenditures. The projects mainly relate to increasing fuel efficiency and clean car technology. The remaining 50% is funded by Saab itself pursuant to its Business Plan. Spyker will not have any access to the EIB funds which are completely ring-fenced nor will it pay any part of the Purchase Price with proceeds from the EIB loan. The guarantee is subject to approval by the European Commission. Saab and the Swedish Government have provided all required information to the EC prior to the issue of the guarantee so the decision by the EC is expected very soon.

FUNDING OF SPYKER
Spyker’s existing bank loans in the aggregate amount of EUR 57 million are refinanced by Tenaci Capital B.V. (“Tenaci”). The terms and conditions of this loan will mirror those of the existing loans it repays, including the right to convert EUR 9.5 million into ordinary shares at EUR 4.00 per share. The term of the loan is 12 months and the interest 10 percent above Euribor. After payment of the last instalment of the Purchase Price, Tenaci has the right to collateralize the loan on terms and conditions identical to those on which the existing loans were collateralized.

The Purchase Price of Saab amounts to USD 74 million (EUR 53.23 million at the current exchange rate of 1:1.39). The first instalment of USD 50 million, to be paid on Closing, will be paid as follows: USD 25 million is borrowed from Tenaci at the same interest rate as the other funding extended by Tenaci, without the right to convert into shares. This amount is currently already in escrow with General Motors.

The other USD 25 million is financed through a share issue, largely through a commitment from GEM Global Yield Fund Ltd under an equity facility concluded between Spyker and GEM. Spyker currently does not intend to draw in excess of USD 25 million under this facility.

The second instalment, USD 24 million, will be payable on July 15, 2010. Spyker has been approached by various investors to fund this instalment. Spyker intends to finance this amount primarily through senior debt (senior to the debt owed to Tenaci), but does not rule out other alternatives. Spyker has committed to pledge its assets to GM as security for this final tranche.

FUNDING OF TENACI
Tenaci’s equity is wholly owned by Investeringsmaatschappij Helvetia B.V., the personal holding company of Mr. Victor Muller. Tenaci obtains its debt funding from sources that wish to remain anonymous and with which Tenaci has entered into non-disclosure agreements. The terms and conditions of Tenaci’s own financing do not impact Spyker or Saab in any way.

Tenaci has successfully bought Mr. V. Antonov’s current shareholding in Spyker consisting of 4.6 million ordinary shares, subject to closing of the Saab acquisition. Currently Tenaci has no plans to make a public offer on all of the issued shares in Spyker.