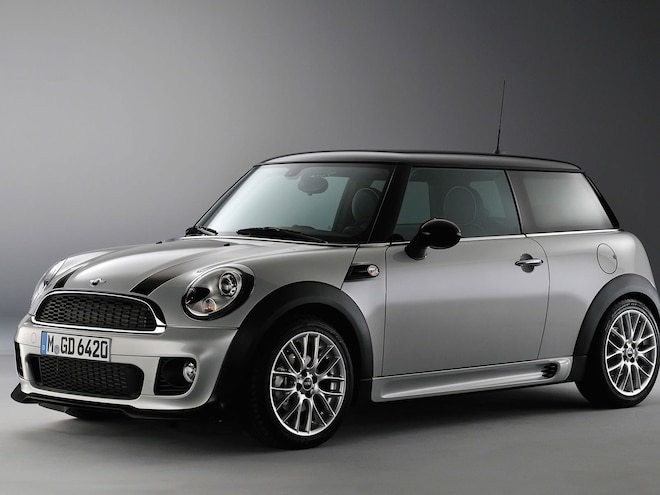 While MINI offers complete models and accessory options under the John Cooper Works product brand, a John Cooper Works Package has now been developed for the 2011 MINI Hardtop and Convertible vehicles, giving customers everything they need to express their passion for racing and give their cars a head-turning sporting allure - both technically and stylistically. The model-specific interior and exterior components optimize the handling of the MINI and ensure it delivers an impressive visual impact. The John Cooper Works Pack is due to be available from the second quarter of 2011 as a factory option. 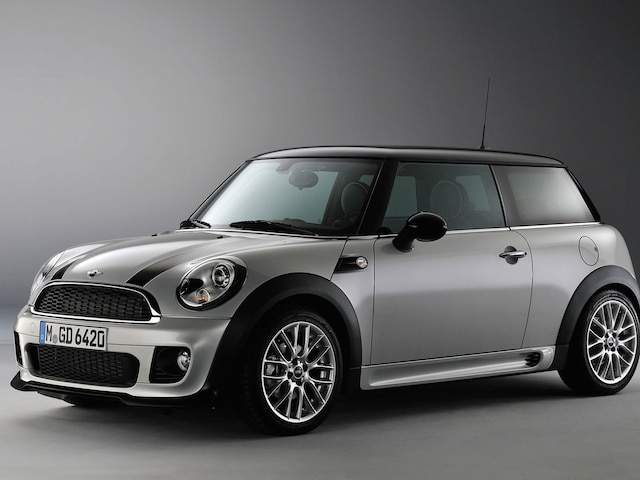 Up front, the deep lower chin spoiler directs airflow to the lower grille opening and to the intercooler for optimum engine performance. In addition, the functional brake ducts direct cooling air to the front brake rotors for more repeatable brake performance. The side skirts continue the look of the MINI Challenge race car by curving inward and terminating with a stylized opening at the rear. The rear bumper cover includes prominent openings on the rear, mimicking the sporting look of the front.

The 17-inch wheels, previously exclusive to John Cooper Works models, are also a part of the package. The Challenge Spoke weight-optimized aluminum alloy wheels ensure the best possible contact with the road. In addition, the John Cooper Works Package will include Dynamic Traction Control (DTC) as well as EDLC (Electronic Differential Lock Control.) These two features are on top of the already-standard stability system, DSC (Dynamic Stability Control.)

DTC mode, which is activated at the touch of a button, raises the intervention thresholds of the stability control system, making it easier to pull away on loose sand or snow with a degree of wheel spin. The system also allows controllable slip through the driven wheels under sporty cornering and acceleration.

The EDLC system assists a sporty driving style when accelerating out of corners and sharp bends. In tight corners, it brakes a spinning driven wheel as required to enhance the car's traction without adversely affecting its self-steering properties. And that allows the driver to feed the car through corners more smoothly, as well as at greater speed.