The new Hampton Package is a special-edition Clubman that embodies the character of MINI Yours, MINI's in-house exclusive vehicle program. 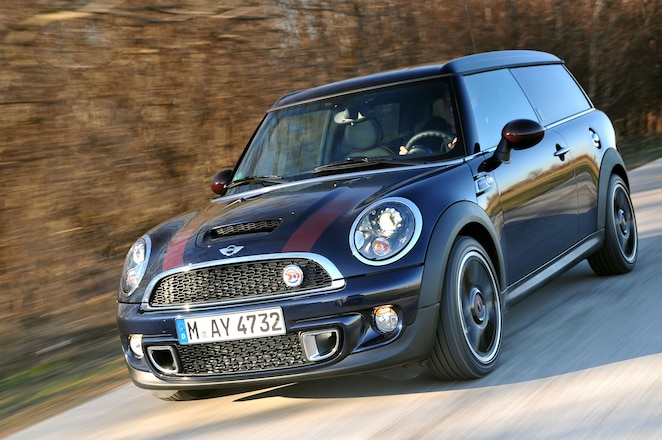 To celebrate the 50th anniversary of the original "Other MINI" (the 1961 Morris Mini Traveller), the new Hampton Package is a special-edition Clubman that embodies the character of MINI Yours, MINI's in-house exclusive vehicle program. The Hampton name references both the brand's British heritage and is inspired by the historic southwest suburb of the same name in London. 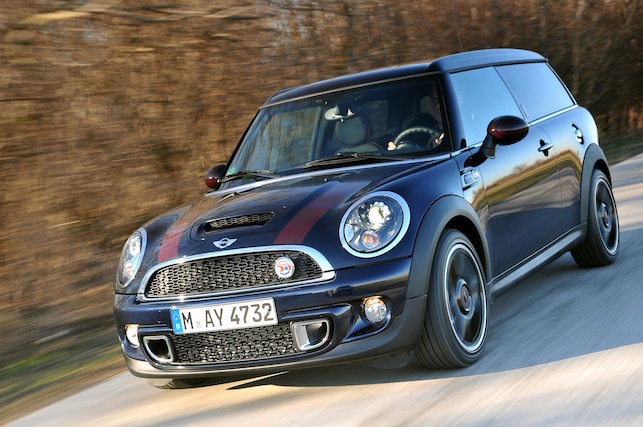 The Hampton Package is offered in Reef Blue metallic, which was developed specially for this model. The roof and surrounds for the special edition's rear doors are silver, as are the wheels and the Color Line. The exterior colors Pepper White, Midnight Black and Eclipse Grey can also be specified as an option, while Black and Reef Blue are available as contrast colors for the roof and C-pillars.

The Hampton's unique 17-inch Twin Spoke alloy wheels can be ordered in either silver or black with a dark red trim ring. The xenon headlights come with black housings and "Hampton" lettering on the B-pillar, door entry sills, side scuttles and radiator grille provide subtle references to the car's exclusive status.

The interior of the MINI Clubman with the Hampton Package also boasts a very distinctive style. Identifying features of the Black Lounge Leather seats include an "H" on the seat tags, red edging and contrast stitching in orange. The anthracite headliner, and anthracite gauge faces also contribute to the model's special ambience. The central speedometer is bordered by a trim ring in matt dark red, like that on the wheels.

This exclusive special edition will be available for the MINI Cooper Clubman and MINI Cooper S Clubman. Production of the MINI Clubman Hampton will be limited to one year.