This 320-horsepower roadster will go fast, especially with production limited to only 987 units worldwide 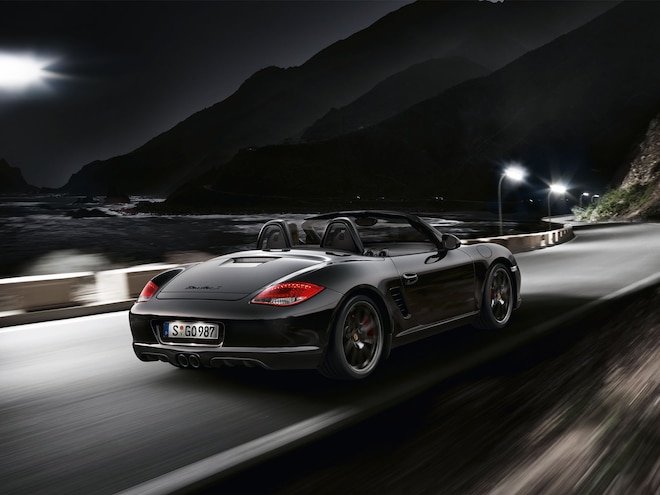 ATLANTA - Following on the heels of the recently announced 911 Black Edition, Porsche introduces a new, luxurious and limited edition Boxster S this spring. The 2012 Boxster S Black Edition features a 10-horsepower boost and a long list of standard equipment at an attractive price. 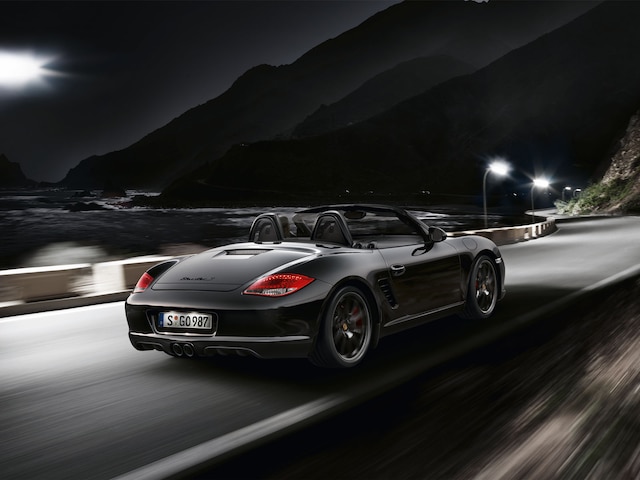 This new mid-engine sports car is only available in solid black and features a monochrome treatment with a black body, black convertible top and black-painted 19-inch Boxster Spyder design wheels. Normally contrasting trim pieces from the Boxster S are also painted for a uniform look: the supplemental safety bars and side air intake grilles are painted black, as are the twin exhaust tailpipes and the model designation on the rear luggage compartment lid. A Black Edition model designation is embossed on the side of the fabric roof.

The monochromatic theme continues to the interior where black is the only available color, with aluminum and stainless steel used as accents. The brushed stainless steel door-entry guards feature Black Edition lettering, and the standard SportDesign steering wheel features twin aluminum-look spokes with a rim of smooth-finish black leather. Also painted black are the trim strips on the dashboard and around the six-speed manual shift lever or the gear selector for the optional Porsche-Doppelkupplungsgetriebe (PDK) seven-speed double clutch transmission, while the instrument dials are black instead of the usual white. Two final touches are the Porsche crest embossed on the headrests and a limited-edition badge on the glove compartment.

The Black Edition's chassis builds on the foundation of the Boxster S, which already features exceptional balance and handling. The lightest 19-inch wheels in the Porsche lineup are fitted 235/35 ZR 19 tires up front and 265/35 ZR 19 in the rear, providing a visually dynamic upgrade from the 18-inch wheels on the regular Boxster S.

A 3.4-liter six-cylinder engine with direct fuel injection, mounted in front of the rear axle, produces 320 horsepower - 10 more than in the Boxster S - while also delivering excellent fuel economy, particularly when coupled with the PDK transmission. With PDK, the Boxster S Black Edition will accelerate from 0 to 60 mph in just 4.8 seconds and reaches a top track speed of 170 mph while achieving EPA estimated fuel economy of 19 city and 26 highway (20/29 when equipped with PDK). An optional Sport Chrono package further reduces 0-to-60 acceleration times to 4.6 seconds, two-tenths of a second faster than the Boxster S, while providing a launch control function and more aggressive Sport and Sport Plus shift strategies.

The 2012 Boxster S Black Edition price is $65,200 which gives buyers added value on several levels considering the extra functional and visual upgrades and the enhanced power output. When compared to the MSRP of a comparably equipped Boxster S, this limited edition model saves the buyer $3,200.