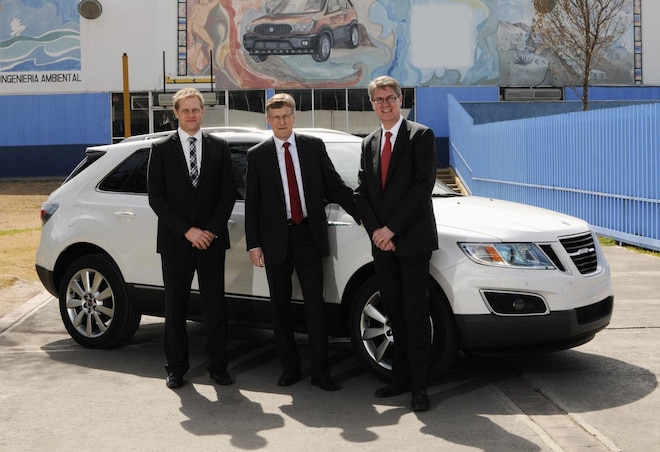 The first Saab 9-4X crossover to be commercially produced has now rolled off the assembly line at the Ramos Arizpe plant in Mexico.

The first vehicle - chassis number 00001 - an Ice Pearl metallic Aero model with a 2.8V6 turbo engine, is bound for a media test drive event in the United States before being shipped to Sweden for display at the Saab car museum.

“This is a great day for Saab,” said Jonsson. “The arrival of the 9-4X is another important step in the fulfillment of our business plan. This sporty and distinctive product will significantly broaden the appeal of our brand and give us access to an important new vehicle segment that is still growing, particularly in the United States.”

Featuring Saab’s advanced XWD all-wheel-drive system and adaptive chassis control, the 9-4X goes on sale in the United States in May, UK sales start late 2011 and Europe and other world markets are scheduled to begin from August.