This qualifies as a European car (though not the usual kind). Called the Zenvo ST1, it comes from Denmark. And it’s (supposedly) going to be available in the United States. The S in the name refers to its supercharger. The T in the name refers to its turbocharger. Yep, it has both forms of forced induction bolted to a 7.0-liter V8, which of course results in mighty power levels: 1,086 hp and 1,055 lb-ft of torque. And hilarious/scary acceleration times: 0-60 mph in a whisker under 3 seconds, and a (limited) top speed of 233 mph. The engine runs on gasoline or E85 ethanol (no power numbers for the organic stuff yet). And the latest news is that it might have an F1-type transmission. Only 15 cars a year will be produced, with a price of around $1,125,000 a pop ... maybe more with the F1 trans. 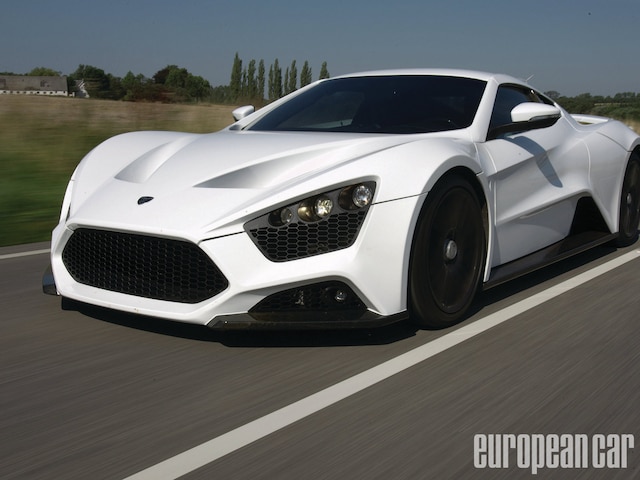