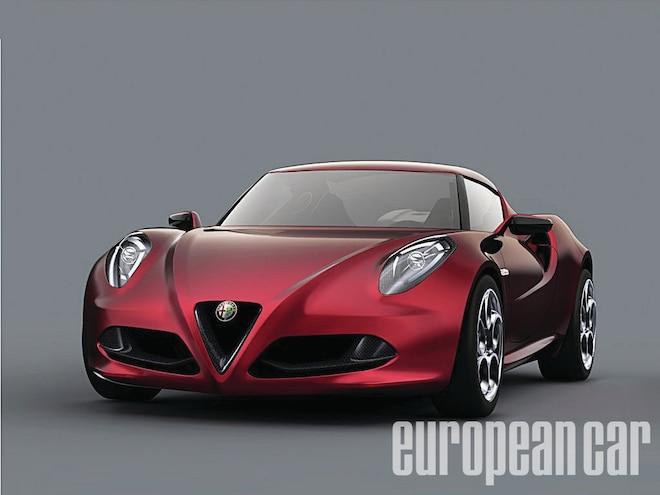 Rear-wheel drive: yes. Mid-mounted engine: yes. This is indeed the layout of the Alfa Romeo 4C, a fetching concept coupe set to go into production toward the end of 2012. Apparently, it weighs just 1,784 pounds and has a 1.8-liter four-potter in the trunk. Horsepower is a claimed 200, thanks to a turbocharger. The car has been developed by Dallara, the same people who brought the world the pared-down X-Bow. There are plans to sell the 4C in the States, thanks to the whole Fiat/Alfa/Chrysler thing. When it goes on sale in Europe, the 4C is expected to cost the equivalent of $62,000 or thereabouts. 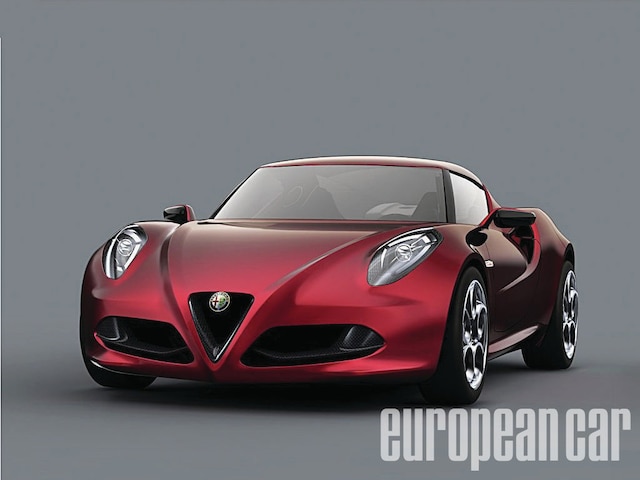