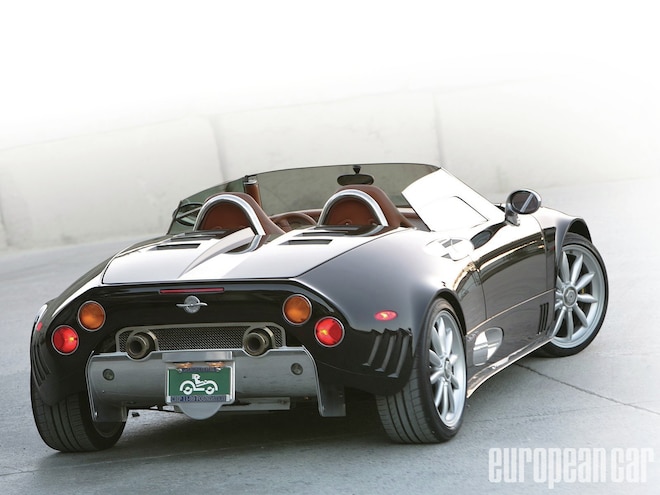 Kit cars. Chances are, if you read this magazine you know what I mean. I’ve driven the entire gamut, from Chuck Beck’s excellent Spyder to the nifty Meyers Manx to ones from Classic Motor Carriages that resemble a 356 with severe edema. We need to invent a new word for ghastly to describe that last one.

Perhaps the most wretched of them was the Pontiac Fiero that tried to morph itself into a Ferrari Testarossa. From 100 feet away it almost looked like a Ferrari until I got closer. I stopped about 50 feet away, realized what it was, but it was too late. Its owner had seen me and waved me over. He was very proud of this car and wanted me to drive it. I faked a gout attack and began limping.

No problem, he countered. I’ll drive. You can be the passenger.

I tried my best to become invisible. Every time we passed a pedestrian I pretended to tie my shoe. Mercifully, the streets were empty and as we exited the car; he pulled off his driving gloves and flashed a smile visible from space. Despite the fact that this car was faker than a street-bought Rolex and cheaper than a two-dollar wrench, it made him happy. Really happy. I began to feel guilty.

At first, I felt the same way about the Spyker C8. I didn’t want to be seen in one. It was too outrageous to be any good. All those curves and snorkels and vents must have been designed to detract from subpar performance. I considered the Spyker to be a Statement Car, something that caused people to stare, nothing more. Hell, I even found myself staring at it simply because I’d never seen anything like it.

Although I’m not fond of the term kit car, I cannot help but think of the Spyker as such. As it is a limited production vehicle, each Spyker is crafted to its owner’s specs, which means no two Spykers are exactly alike. Customers can watch their car be assembled via Spycams situated throughout the Spyker factory. I don’t know any other carmaker that offer the same service.

Every body panel and component on the Spyker C8 is numbered to identify it as belonging to the car’s chassis number.

Every Spyker’s personality is further enhanced by a number of unusual and eye-catching interior features. Most noticeable on entering the car is the dashboard and instrument panel. The instrumentation is reminiscent of those found in airplanes, reflecting Spyker’s aviation heritage. Once seated behind the controls, drivers will appreciate the remarkable design of the gear lever, shaped so as to highlight the unusual shift mechanism that adds to the car’s uniqueness. All Spykers feature keyless entry. Spyker has designed a unique aluminum Aeroblade steering wheel covered in Hulshof leather that’s riveted onto the rim and features two propellers. Luxury and performance are further encapsulated in a number of interior features such as the incorporation of aluminum design elements and leather trim. Owners may order every conceivable body color to their own taste, as well as leather to match.

But what really makes the biggest impression is how much fun the C8 is to drive. It was raw, visceral, and made me feel like I was genuinely driving the car without having a computer second-guess my every move.

In a world where most everything is extruded from an assembly line, I now find the Spyker C8 to be a breath of handmade originality.