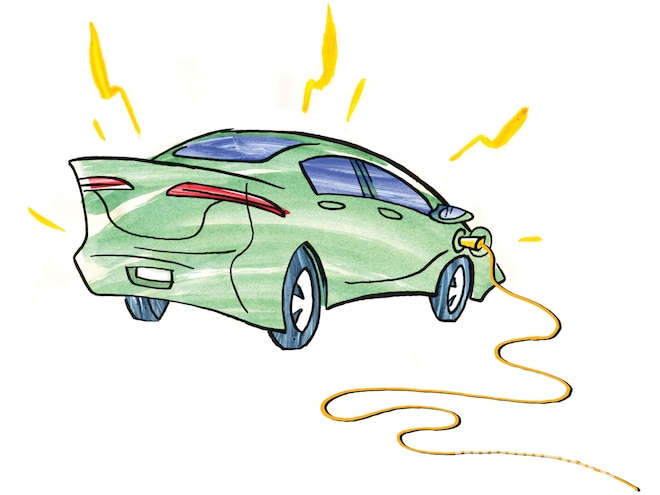 Around this time of year when it’s all warm and cozy I like to travel to the north country to visit my eremitic old pal, Nathan, who lives deep in the embracing woods of New Hampshire, just to see what he’s growing out behind his dilapidated barn. I’m sure you remember Nathan: He’s the one who mistook your Bluetooth for a cricket and smacked you on your ear during the Harvestfest two years ago. He still insists that his impetuous actions were righteous and downright neighborly, and that if the earpiece had actually been a living cricket you would’ve thanked him mightily instead of teaching him how to cuss in a manner employing the most profane words of the German language.

As I approached Nathan’s homestead I immediately noticed that the once heavily wooded and pastoral setting of his home had changed drastically. The towering oak and maple trees were gone, and his front yard was reduced to a collection of stumps and wood chips, and even more ominously, there was a thick pall of heavy smoke hanging in the early summer air. I wheeled my gas-guzzling, hydrocarbon-spewing, arrest-me-red Porsche 928 S4 into his driveway, and as I shut down its big five-liter V8 I noticed that there was a brand-new Chevy Volt parked there—painted light green, of course—sitting pretty in all its deceptive and enticing innocence, like an iffy virgin: not quite right. As I stepped out of my car I heard a loud whoosh and witnessed a massive cloud of churning black smoke erupt from somewhere near the back of Nathan’s property. It slowly rose into the cerulean blue skies of The Granite State and nearly chocked out the mid-day sun with its combusting virulence.

I saw a yellow extension cord running from the nose of the Volt and it seemed to be heading toward the source of the smoky maelstrom, so I thought I would follow it to its inevitable conclusion. As I rounded the corner I saw Nathan lugging an arm-load of split hardwood into a ramshackle shed which was emitting a whine that I would normally associate with the heady sound of a turbocharger spooling to business. I caught his eye and he had a beleaguered look on his face, and he silently conferred to me his desire that I make myself useful and follow him into his shack with as much split wood as I could possibly carry. Once inside, I warily noticed that he had built some sort of contraption that was burning wood, making steam and spinning some sort of electrical turbine.

“Nathan,” I said to him, suddenly forgetting the delights that were growing out behind his barn. “What the hell is going on here? What happened to your yard?”

He opened the door to what appeared to be a makeshift blast furnace, and I felt a wall of heat hit me with the force of an atom bomb, and he said, “Dude! Good to see you. Toss that wood through the trap and try not to get too close. I’ve lost more eyebrows than I can count.” As if that qualified as an answer to my questions.

I saw the business end of the yellow extension cord plugged into some sort of great humming hunk of machinery that made my eyes magnetically cross when I stood too close to it, and I slowly began to get the picture. So I asked him, “Where’d you get the hot little hippie number parked out in your driveway?”

“Aw, dude, don’t ask, man. I spend my days in search of volts. I’ve tried solar panels, a propeller at the top of a pine tree, and hooking up a collection of alternators to my exercycle, but in the end I had to build my own wood-fired power plant; how else was I going to generate the volts I need to get my Volt to drive into town? And back!” 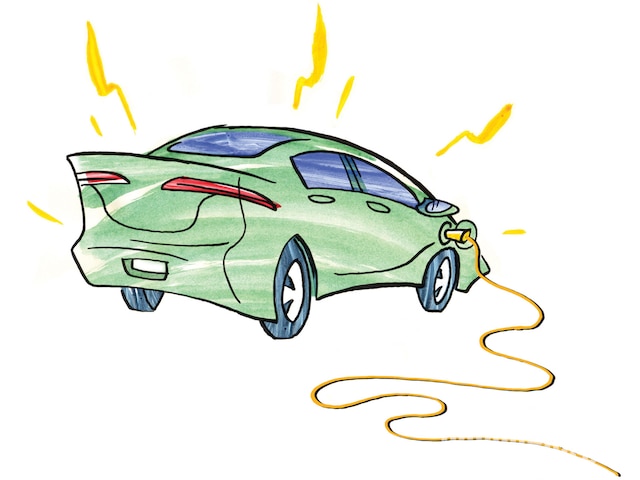 “But you live off the grid!” I exclaimed. “Why on earth did you buy this car?”

“I dunno, I was baked when I talked to the salesman,” he explained. “He told me the car was fully charged and I figured that included the entire warranty period and I’d have nothing to worry about. But boy was I wrong. Two days later the radio wouldn’t even turn on. Now I’m thinking I may have to purchase another wooded lot just to keep this car going.” He made a minor adjustment to a pressure valve and a blast of steam filled the shack. “Dude, hand me another log!”

Author’s Note: While I certainly consider myself to be an environmentally aware citizen of the world, I’m no Granola Head. The simple truth of the matter is that there is currently no such thing as clean energy. Get over it. If your car doesn’t have a tailpipe, that only means that your carbon footprint is tramping around a coal/oil/gas fired power plant, or shuffling through the radioactive dust of your local nuke. So, unless you’re running 12 hours a day on a treadmill to charge your zero-emission econo-box, you are still part of the problem.