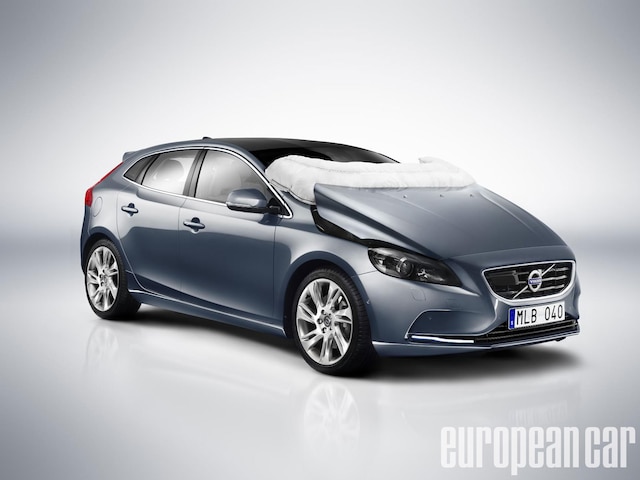 Long regarded as a global leader in the area of automotive safety, Volvo has announced the world's first pedestrian airbag system will be fitted as standard equipment on its new V40 model.

Unfortunately, there are currently no plans to bring the V40 into the US, which might be a blessing because the lawsuits over who pays for the cost of airbag replacement after a pedestrian steps in front of the car could go on for years!

However, the system represents what the manufacturer refers to as the next step towards its zero death or injury target for 2020.

The revolutionary airbag is launched at the same time as the United Nations Decade of Action for Road Safety. The Volvo system will undoubtedly go some way to further reduce the number of fatalities involving pedestrians, currently 14% in Europe and 25% in China.

Every year, 1.3 million people are killed on the world's roads and Volvo has prioritized safety for 85 years. The new Pedestrian Airbag technology joins the existing Pedestrian Detection and City Safety systems in reducing injuries.

The Pedestrian Airbag is active at speeds between 12 and 30mph, since 75% of all accidents involving pedestrians apparently take place at up to 25mph.

The most serious head injuries involving pedestrians and cars are caused by the hard structure under the hood, the windscreen's lower edge and the A-pillars. These were the main areas Volvo looked at when developing its Pedestrian Airbag Technology. 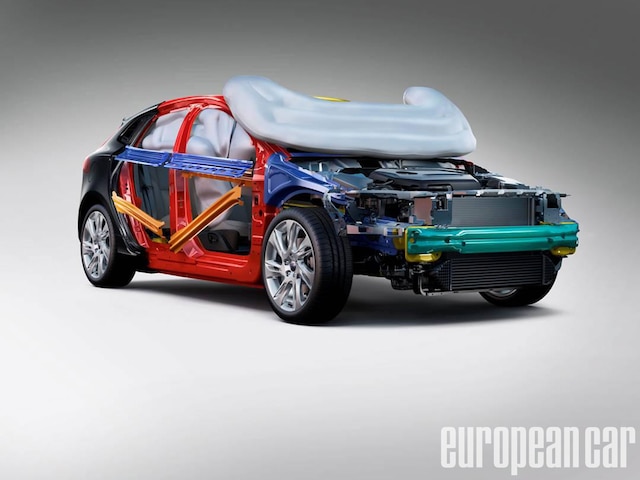 Seven sensors embedded in the front of the car transmit signals to a control unit, and when the car comes into contact with an object, the signals change. The control unit evaluates the signals and if it interprets it as a human leg, the pedestrian airbag is deployed.

The hood’s hinges are equipped with pyrotechnic release mechanisms which, when the system is activated, pull a pin to release the rear of the hood panel. At the same time, the airbag (consisting of a sack and a gas hybrid generator) is activated and fills with gas, which only takes a few milliseconds. During the inflation sequence, the airbag raises the hood 5” and stays in the raised position.

The gap between the hood and the hard components in the engine compartment gives space for the hood to deform, creating a damping effect when hit by a pedestrian.

In its inflated position, the airbag covers the entire windshield wiper recess, about one-third of the windshield and the lower part of the A-pillars. The sequence from activation to full inflation takes a few hundredths of a second.