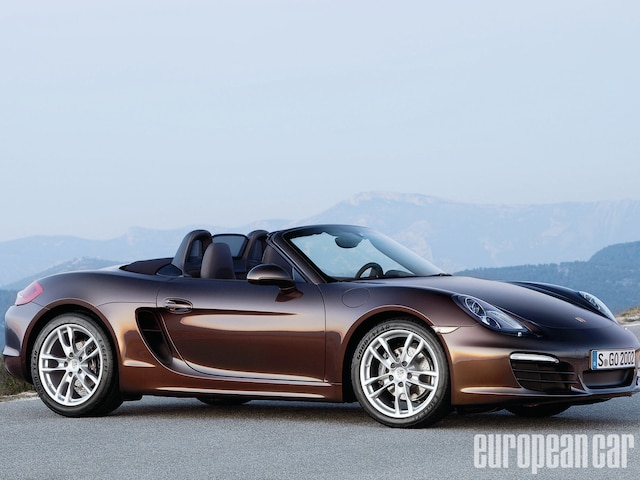 We want a refund for our book on national stereotypes. Germans are supposed to be logical, like Vulcans but with even less whimsy. The guys who work for Porsche, though... who knows what goes on in their heads? First they give the new generation of 911 a factory code lower than the previous three generations: 991, compared with 993, 996 and 997. Now the new generation of Boxster is coded 981, following the 986 and 987. After speaking with a Porsche rep, we’ve learned that there is no reasoning behind it. The company just needed a three-digit number, almost any old three-digit number. Anyways, this impeccably behaved mid-engined two-seater roadster looks like it has finally thrown the old “chick car” label into the trash. The styling is more masculine, a bit like the Panamera and not unlike the 918 hybrid supercar. There’s also a little extra power: 265 horsepower in the regular model, up by 10 hp; 315 in the S, 5 more ponies. The wheelbase is longer, the overhangs are shorter, the track is wider and the whole 981 car is lighter than the (cough) 987 version. Porsche also claims a 15 percent improvement in fuel consumption, along with a standstill-to-60 time of 4.7 seconds for the S. The new Boxster goes on sale early this summer, starting at $50,450 for the 2.7 and $61,850 for the S (both prices include $950 destination charge). There are the usual Porsche options like the Sport Chrono Package and the PDK dual-clutch transmission (which would be the logical, less whimsical choice).