850hp to remember Carroll Shelby by. 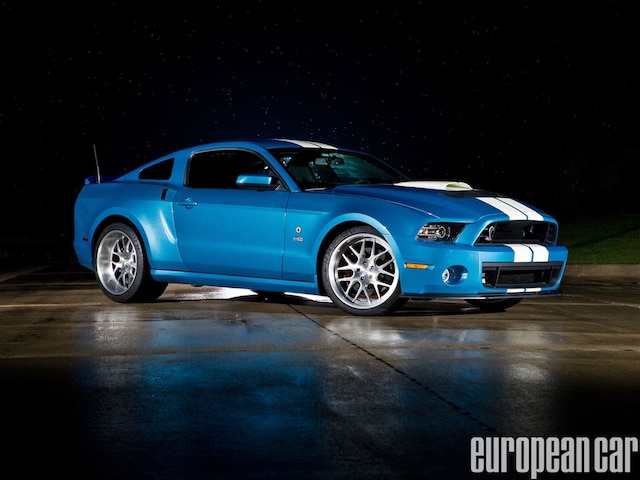 The Ford Mustang is becoming new king to different variants, usually an area held down by the Porsche 911. There are just so many versions of this car. But what the hell, the Stang was begging for 850hp anyway, and who better to put the power down than a Shelby.

Friends of Carroll Shelby, including Ford Motor Company, Shelby American, Ford Racing and many others all combined forced to build this unique 2013 Shelby GT500 as a tribute to the late Carroll Shelby.

If that’s not enough, Ford is also announcing a renamed road at its Product Development Center in Dearborn, MI as a tribute to Shelby as well. It’ll probably be a great place for burnouts in this GT500 that makes more than 850hp. 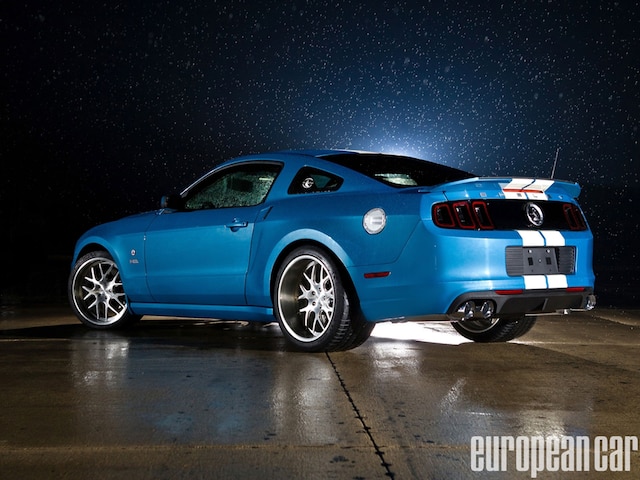 Yes, that’s just 150hp shy of 1000hp. Using the 662-horsepower 2013 Shelby GT500 as a foundation, “Friends of Carroll” created the one-of-a-kind 2013 Shelby GT500 Cobra wide-body Mustang that now generates all that grunt with the help of a Ford Racing 4.0-liter Whipple supercharger.

What does it take to put that power to the ground half reasonably? 13-inch wide rear wheels and massive 345-series rear tires.

Ford Motor Company teamed up with Shelby American for several key components on the Carroll Shelby tribute car. Shelby American provided a specially designed hood, new rear wide-body kit, Shelby Wilwood brakes and new 20x13-inch rear and 20x10-inch front wheels. The bodywork is finished in the same Guardsman Blue with Wimbledon White stripes that graced so many of the Cobra roadsters built in the 1960s. Not a bad homage at all. 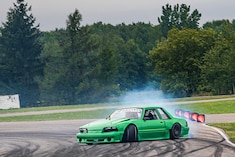 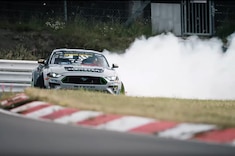