This is a first for any motorcycle in the 90-year history of the event. 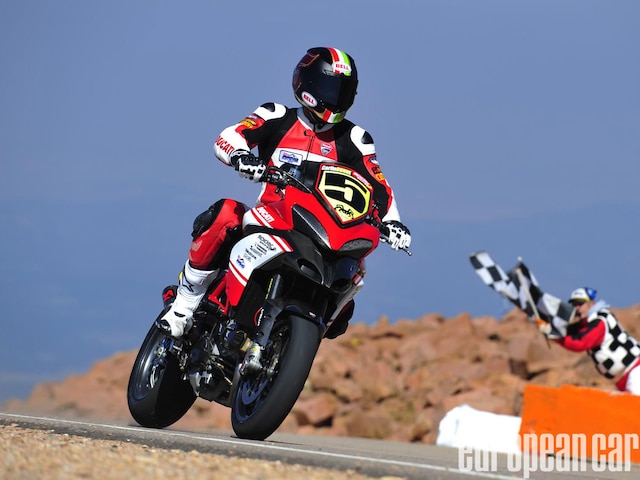 Marking Ducati’s third victory in a row, Carlin Dunne won the 2012 Pikes Peak International Hill Climb and set a new motorcycle course record from pole position for the second year in a row.

He was riding a Ducati Multistrada 1200 S and both Dunne and teammate Greg Tracy finished in under 10min. This is a first for any motorcycle in the 90-year history of the event, although it’s also the first time the entire course has been asphalt paved. 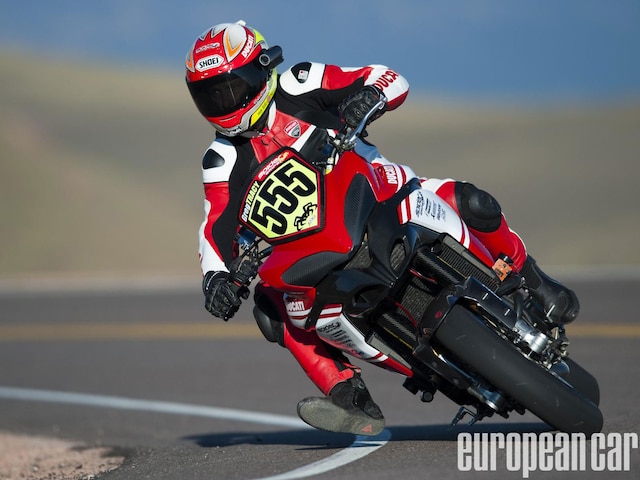 “Today was an emotional day,” said Dunne. “When we heard we won and broke the record for the second time, I was speechless. The one-two finish proves the Ducati Multistrada 1200 S is the ultimate bike to conquer Pikes Peak.”

The riders reached speeds over 144mph on the mountain’s straights, traversing 156 turns while climbing the 12.42-mile course. The Pikes Peak International Hill Climb, known as the "Race to the Clouds", is held in the Rocky Mountains, west of Colorado Springs and the start line altitude is 9389ft, finishing at 14100ft.

“Three years ago we chose the Multistrada 1200 S to compete at Pikes Peak to showcase its capabilities…” said Dominique Cheraki, General Manager of Ducati North America. “When we were alerted that the entire course would be paved in 2012, there was no doubt that the Multistrada 1200 S was still the right choice and breaking the record today proves this.” 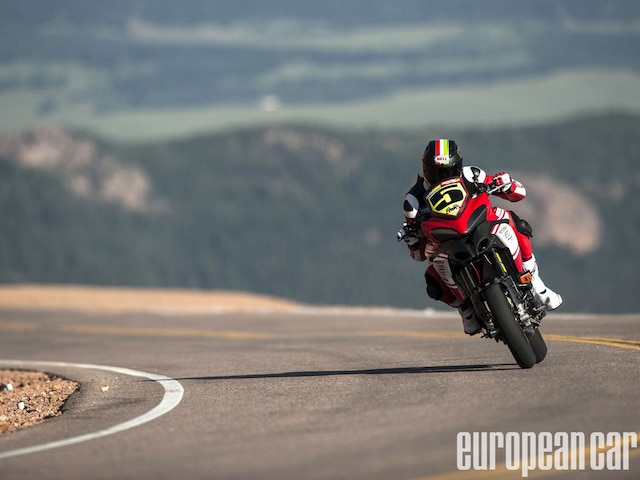