Home  |  Features  |  News  |  New VW Scirocco debuts in Geneva but will it hit US shores?
Subscribe to the Free

New VW Scirocco debuts in Geneva but will it hit US shores? 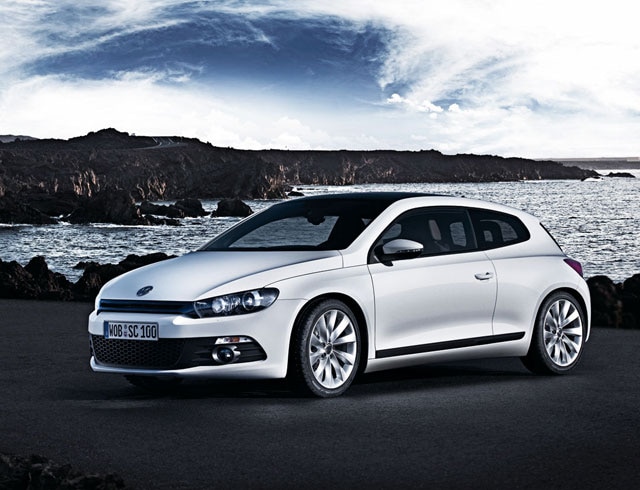 Sorry North American VW enthusiasts, but it's unlikely we'll see the new Scirocco. Europe will see the car first and it's questionable right now whether we might see the Scirocco in years to come.

34 years after the world premiere of the first Scirocco at the Geneva Motor Show, Volkswagen is now presenting the Scirocco of the new era in the same venue. Now as before, the coupe embodies the fascinating strategy of putting a sports car on wheels that is fit for use every day of the year at absolutely affordable prices. That is precisely what the new Scirocco does: high-class technologies merge with low costs of ownership, dynamic driving characteristics merge with a high level of comfort, and a surprisingly spacious interior merges with an uncompromisingly sporty design. 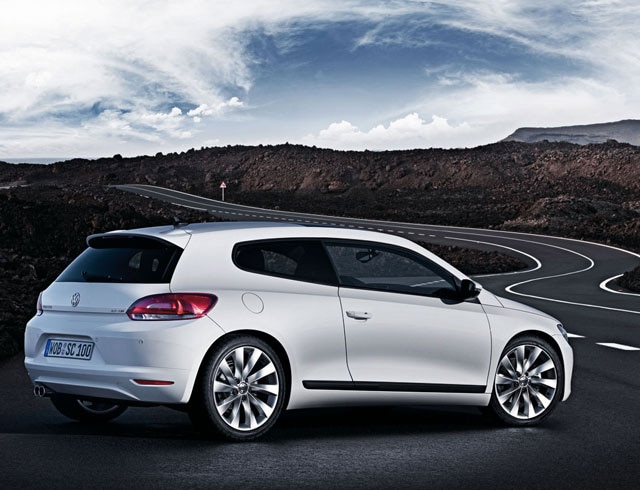 Volkswagen Chief Prof. Dr. Martin Winterkorn: "In the Scirocco we will be bringing the kind of sports car into the showroom that people dream of. Yet it is a dream that an exceptionally large number of car drivers will be able to afford - despite all of the high-end technologies we have implemented." The Scirocco will already be entering the market across Europe in late summer, and other countries will follow over the course of the next year.

Avant garde design of the Scirocco
A calling card of the ambitious global concept is the new sports car's avant-garde design. The fact being that the lines of the Scirocco study presented in August 2006 have been transferred to the production car nearly unchanged. This includes the long wagon/coupe roof whose form here is unique, and which pays tribute to the C-pillar design of the first Scirocco, the car's athletic side profile, its distinctive engine hood and the entire rear end with its extremely broad shoulder sections. Only the design of the radiator grille has been changed for a more stylish and timeless solution. 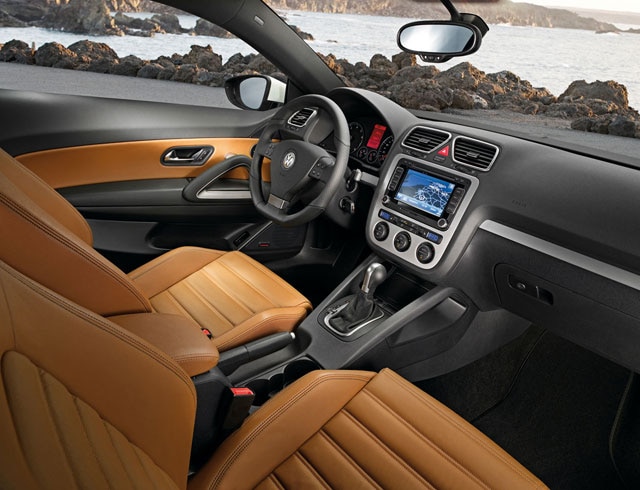 With a length of 13.98 feet, the Scirocco is on par with the Golf. However, it is built significantly lower to the ground (4.95 feet) and is nearly as wide as the Passat (5.94 feet). Four adults can be seated with plenty of space inside. Once they are all aboard, the Scirocco provides 292 liters of cargo capacity; when the two seatbacks of the rear individual sport seats are folded down, capacity increases to a considerable 755 liters. This contemporary Scirocco demonstrates unfettered everyday utility, and it can be clearly recommended as a sports car for every day of the year. 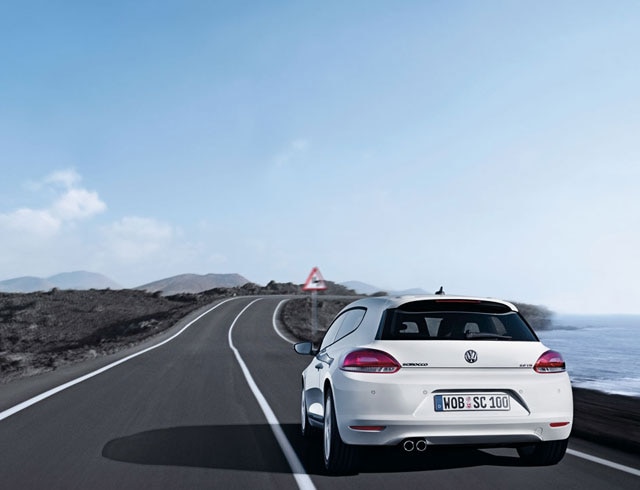 Avant-garde technology of the Scirocco
Providing for ample power on the Scirocco - which comes with ESP and sport chassis as standard equipment - are four TDI and TSI engines, all of them charged and therefore just as torque-strong as they are economical and low in emissions. The three TSIs (gasoline direct-injection) output 120hp, 157.8hp and 197hp. The Scirocco's common rail engine (TDI) develops a power of 138hp. 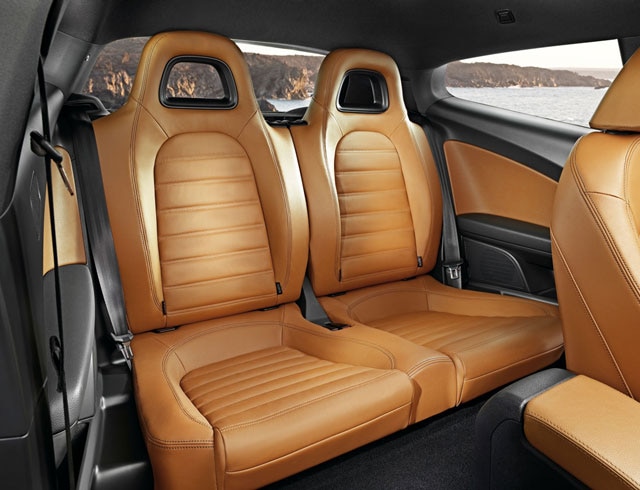 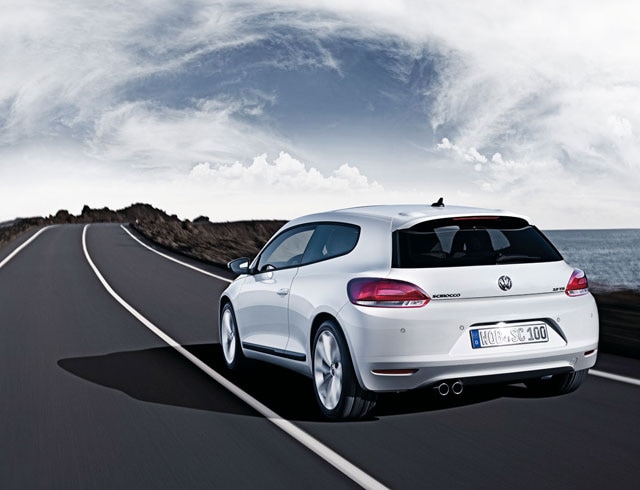 Further high-tech elements of the Scirocco: a 7-speed DSG and an "adaptive chassis control system". Meanwhile, a large panorama vent sunroof - extending from the A pillars to the B pillars - provides for plenty of light in the interior. At the press of a button the transparent panorama roof is raised up to 1.54 inches. When the sun is too intense, a sunshade may be moved into place. But that is seldom likely to be necessary, since the glass of the panorama vent roof reflects 99 percent of UV radiation, 97 percent of infrared radiation (heat) and 80 percent of visible light.

New VW Scirocco debuts in Geneva but will it hit US shores?
Photo /