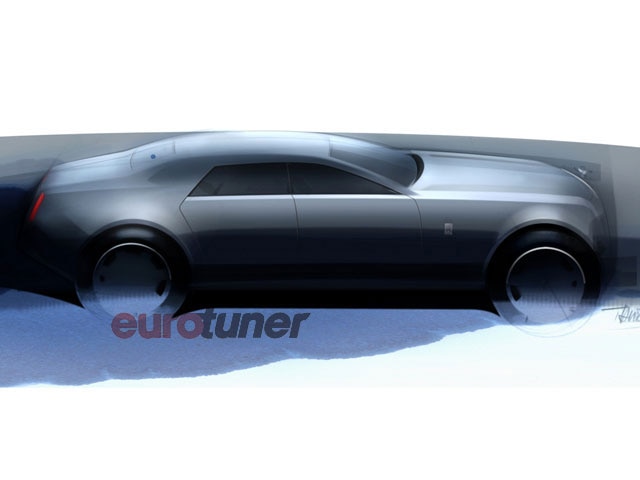 Rolls-Royce Motor Cars has revealed the first design sketches of its next new model. Known as RR4, the car will be launched in 2010 to sit alongside the existing Phantom model line-up. RR4 will be smaller than Phantom and powered by a new engine, unique to Rolls-Royce.

The design was signed off in 2007 and engineering development is now fully underway. The Goodwood, England manufacturing facilities are being completely reconfigured to accommodate the RR4, with extended paint, wood and leather shops as well as a second assembly line. The company will move to a two-shift system next year as it gears up for full production of the new model. 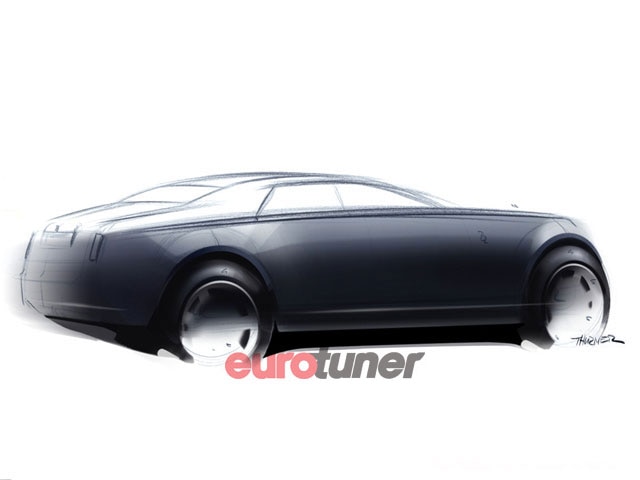 Chief designer, Ian Cameron, said, "The RR4 has a more informal presence than the Phantom models, with a greater emphasis on driving. In design terms this is expressed through its slightly smaller dimensions and more organic form, yet with powerful, purposeful proportions."

"RR4 will mark a milestone in the history of Rolls-Royce Motor Cars," Chairman, Ian Robertson added. "The business continues to go from strength to strength and the introduction of this new model will expand the appeal of the brand. We look forward to this next chapter."Further design and engineering details will be announced during the course of 2009.