The rebirth of a wiry coupe 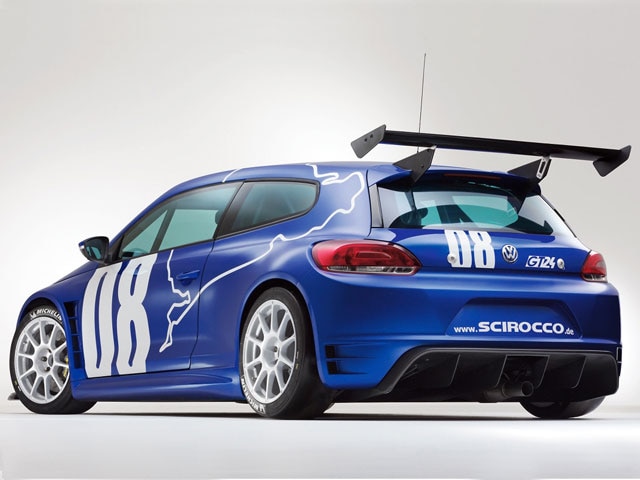 Last week, eurotuner magazine showed you a glimpse of the new Scirocco racecar to start the Nrburgring 24-hour race this weekend (www.eurotuner.com/news/eurp_0805_vw_scirocco_in_nurburgring_24_hours_race_germany/index.html).

This week at the annual Wrthersee Festival in Austria, a road-going sister car called the Scirocco GT24 Concept was unveiled. Although the new Scirocco won't be making it stateside anytime soon, we can still drool over what Europeans are doing with the rebirth of the wiry coupe. 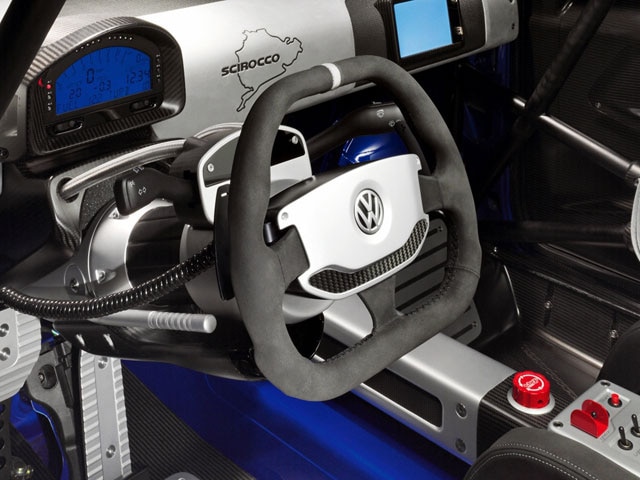 The Scirocco GT24 is much more than a styling exercise. At its heart is a race-tuned 2.0 liter four-cylinder TSI engine developing 296hp at 6500rpm. This is mated to a six-speed DSG gearbox which channels drive to the front wheels. The gearbox features uprated clutch plates along with revised gear ratios and a lightened flywheel linked to a differential lock.

The vehicle is based on the shell of the Scirocco race car, prepared by Volkswagen Motorsport in Hanover, and is finished in Volkswagen Racing Blue. Although many components are carried over from the road car - a testament to their strength - the Scirocco GT24's dimensions vary significantly, with a 227mm gain in length and 61mm gain in width to accommodate a wider track. Lowered, adjustable race damper units account for a 2.95" drop in ride height on a set of 18" lightweight racing wheels housing 14.25" (10" at the rear) racing brake discs clamped by six-piston calipers.

With many components removed from the road car the Scirocco GT24 weighs 392 lbs less to tip the scales at 2469 lbs. 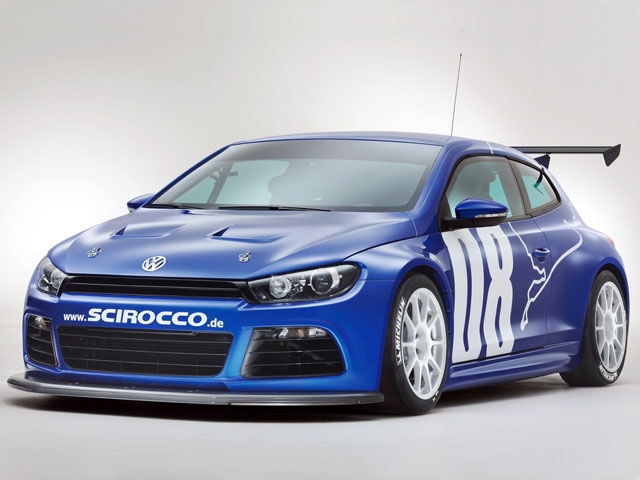 Inside, the driver and front seat passenger are held securely in a pair of lightweight Recaro bucket seats by a set of five-point racing harnesses mounted within a tough rollcage. A unique steering wheel and electronic display as well as a precautionary fire extinguisher furnish the race-focused interior. Set into a carbon panel are simple toggle switches which control the ABS settings and electrical and ventilation systems.

There will be a street version Scirocco based on the GT24 concept available in Europe on August 29th. It will be powered initially by a 2.0 liter TSI engine developing 197hp linked to a choice of six-speed manual or DSG gearboxes.