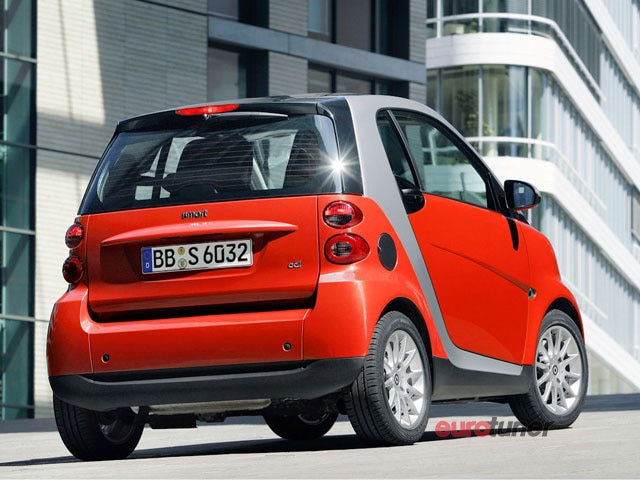 If you're concerned about the increasing cost of fuel, take a look at the new Smart diesel model, the fortwo cdi. It boasts the lowest CO2 emissions of any current production car in the world, (88g/km CO2 emissions). However, there are no plns to bring it to the US at present, even though the factory is tooling up for right-hand drive models commencing in February.

As well as impressive green credentials, European buyers can appreciate the car's remarkable fuel economy. Consumption on the combined cycle is a staggering 85.6mpg. This means the new smart can travel 670 miles between fill-ups.

This incredibly frugality is thanks to the development of the world's smallest direct injection diesel engine. It uses common rail injection, very high fuel pressures and newly developed fuel injectors to ensure every last drop of fuel is optimized.

Even though the 800cc, three cylinder engine is turbocharged, the cdi only boasts 45hp, although this is a 10% improvement over the previous Smart diesel. Zero to 60mph is a pedestrian 20sec and the top speed is 84mph but. Like the story of the tortoise and the hare, you'll be passing all the faster cars as they stop for fuel!

The diesel model is available in Europe in both coup and cabrio versions. It boasts the same class-leading safety as its gasoline-fired brethren and there's a five-speed semi-automatic transmission offering both fully automatic and manual modes.

With the rising price of fuel, don't rule out the possibility of seeing the Smart fortwo cdi on American roads one day.

Are you interested in being able to park anywhere and standout everywher? If so then maybe the 2017 Smart Fortwo Cabrio is the car for you. 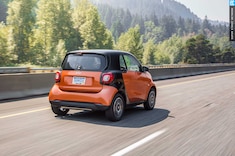 We know what you're thinking. Is the transmission in the 2016 Smart Fortwo better than its predecessor? The answer is yes and yes. 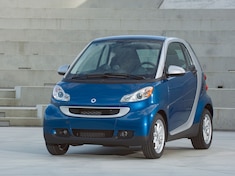 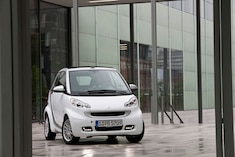 The new generation smart fortwo will be launched in the autumn of 2010 with a fresh interior look, an upgraded exterior and even more environmentally friendly engines. Read more about the 2010 smart fortwo here. - European Car Magazine.