Porsche stays true to it's principles 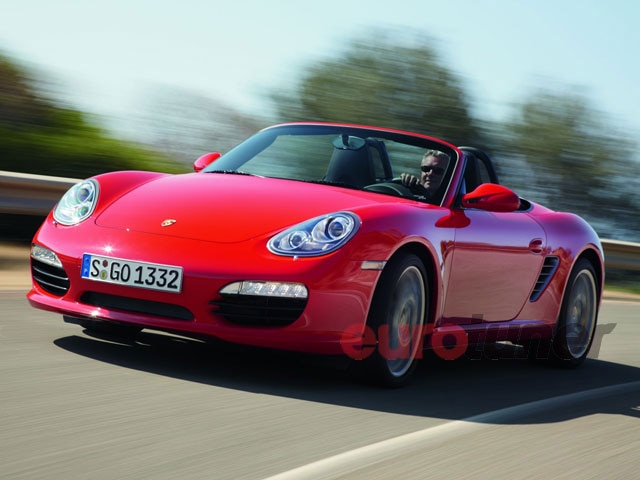 In 1948, the 356 was the first sportscar to bear the Porsche name, and in July that year the mid-engined roadster achieved its first motorsport victory. In 1953, the Porsche 550 Spyder was launched. This agile, lightweight racecar was powered by a high performance 'boxer' engine and took countless international victories.

Through 60 years of automotive evolution, much has changed. Yet every Porsche Boxster is built on these first principles. Sports performance, lightweight construction, agility and driving pleasure. The technology Porsche uses may have developed, but the company's ability to produce a two-seat, mid-engined sports car remains.

This week, Porsche presented the second generation mid-engined Boxster at the Los Angeles Auto Show. The highlight is the new flat-six 'boxer' engines, developed with new technical features from the ground up, providing not only more power, but also significantly greater efficiency.

Further improvement comes from the Porsche Doppelkupplungsgetriebe (PDK), the new double-clutch transmission now available as an option on both the Boxster and Boxster S.

Displacing 2.9 liters, the engine of the Boxster develops 255hp in the Boxster, an increase of 10hp over the prior 2.7 liter model. 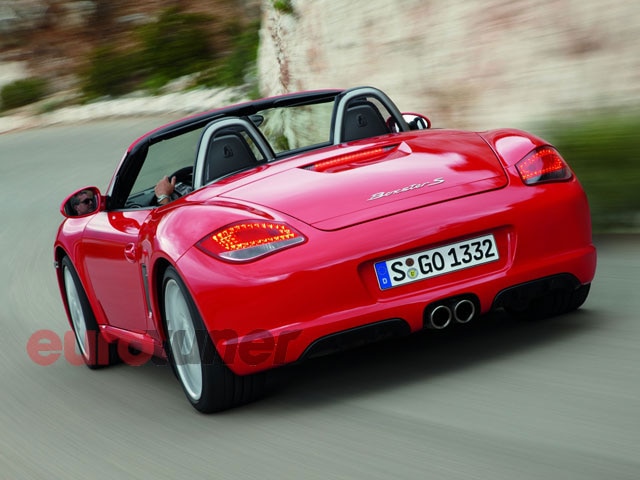 When combined with PDK, the new 2.9-litre engine fitted to the Boxster achieves 31.0mpg and is approximately 10% better than the previous model with the Tiptronic S automatic transmission.

Increasing fuel economy by an even more significant 15% to 30.1mpg, the 3.4 liter Boxster S with PDK offers an even greater saving over its predecessor with Tiptronic S.

The driver benefits from a further advantage of direct injection every time they touch the throttle pedal: with fuel being injected fractions of a second prior to combustion, the engines respond more directly and spontaneously to even the slightest movement of the driver's foot. This is not only the case when accelerating, but also when lifting off the throttle, for engine speed drops more quickly and smoothly since there is no residual fuel left in the intake manifold, which might otherwise prolong the combustion process.

The evolutionary styling of the next generation Boxster means the latest models are clearly distinguishable from outside through the new nose and tail. The new halogen headlights with their integrated direction indicators are reminiscent of the lights on the Carrera GT, while at the rear, new LED lights taper to the outside and are integrated elegantly in to the restyled bodywork.

The rod-shaped side lights in LED light conductor technology add distinction to the car's looks, which are further enhanced through their horizontal arrangement in the outer air intakes. Yet a further highlight is provided by the rectangular fog lamps featured as standard.

For the first time, the Boxster is available with a Lights Package featuring bi-xenon headlights, dynamic cornering lights and LED day-time driving lights. Replacing the fog lamps, these light units are made up of four LEDs positioned next to one another.

The PDK gearshift principle was first developed by Porsche for motorsport 25 years ago. Porsche drivers benefiting from this technology were able to accelerate faster than their competitors and keep both hands on the steering wheel while changing gears, thus avoiding even the slightest distraction while shifting.

The seven-speed PDK shifts gears up to 60% faster than a conventional automatic transmission, and naturally, gives the new Boxster models even better performance. And those in search of optimum driving dynamics have the option to combine PDK with Sport Chrono Package Plus, now featuring Launch Control.

The suspension with its new set-up gives the next generation Boxster models a combination of even greater driving dynamics and enhanced comfort all in one. Modification of the valve control map on the steering gear serves further to reduce steering forces, giving the Boxster more agile and spontaneous steering behaviour.

The wheels come in new designs and are half an inch wider on the Boxster 2.9 liter model than in the past in order to accommodate the larger brake system of the S-models, which are now fitted on the front axle. The Boxster and Boxster S feature the latest generation Porsche Stability Management (PSM) now offering two new functions: Brake Pre-Loading and the Brake Assistant. Whenever the driver lifts off the throttle pedal very quickly - which is typical immediately prior to an emergency braking maneuver - the PSM hydraulic control unit builds up an appropriate level of pressure in the brakes before the driver even presses the pedal down, which has the effect of moving the brake pads slightly towards the discs for immediate action. This significantly improves brake response and shortens stopping distances accordingly.

When recognizing that the driver is braking in an emergency due to very fast operation of the brake pedal and a defined brake force, the PSM hydraulic control unit actively delivers the brake pressure required for maximum stopping power.

In conjunction with 18- and 19-inch wheels, the new models in the Boxster range are also available with a limited-slip differential on the rear axle. Locking action is 22% under power and 27% in overrun. The result is a significant improvement of both traction and stability providing a substantially higher level of performance on winding roads, particularly on the racetrack. Yet a further advantage is the more stable load change behavior. At the same time, the mechanical limited-slip differential, through its particular function, interacts perfectly with the electronic ABD Automatic Brake Differential for optimum traction control, the locking action delaying the tendency of one wheel to spin on a road surface slippery only on one side.

The next generation Boxster features the new CDR-30 CD radio. The new Porsche Communication Management (PCM) 3.0 complete with hard disc navigation is available as an option, and when specified adopts the role as the central control unit for all audio, communication and navigation features.

PCM 3.0 is now more versatile through its touchscreen control, which enables the driver to select specific functions simply by pressing the appropriate key on the larger 6.5-inch monitor. PCM 3.0 is available with voice control and, in conjunction with the optional, universal audio interface, can be used also to control external audio sources such as an iPod, USB stick or Bluetooth.