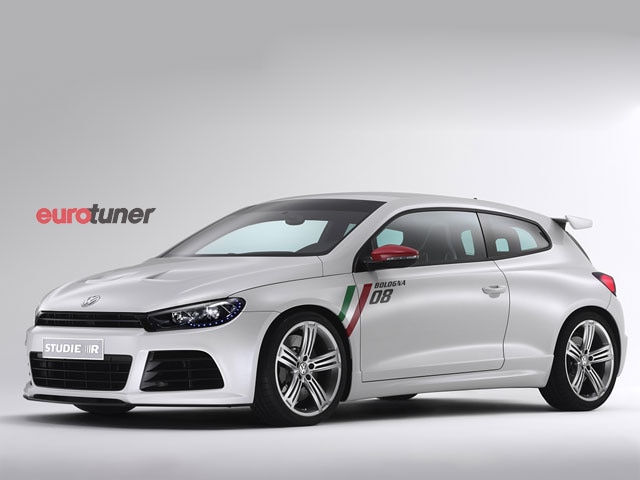 In a bid to further taunt VW enthusiasts in the US - who learned they won't be getting the exciting Scirocco model - Volkswagen's has unveiled its latest design study at the Bologna Auto show.

The Scirocco Studie R has been inspired by the Scirocco GT24, which raced to success in its class at the Nrburgring 24-hour endurance race earlier this year - the full story can be found in our news pages at www.eurotuner.comFinished in white, the Studie R has contrasting high-gloss black detailing. It also features commemorative styling accents in red and green to the mirrors and on the "Bologna `08" badging, paying homage to the Italian host nation. 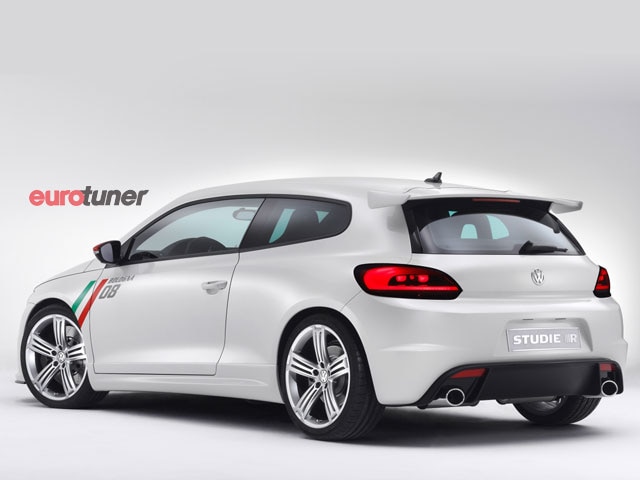 Three large air intakes in the front spoiler aid cooling to the uprated 2.0 liter turbo engine. Rated at almost 270hp, it's the same motor found in the Audi S3 - another vehicle only available in Europe.

The front end also features a splitter, designed to minimize lift. There are also distinctive vents in the hood, while the headlights get an interesting LED treatment. 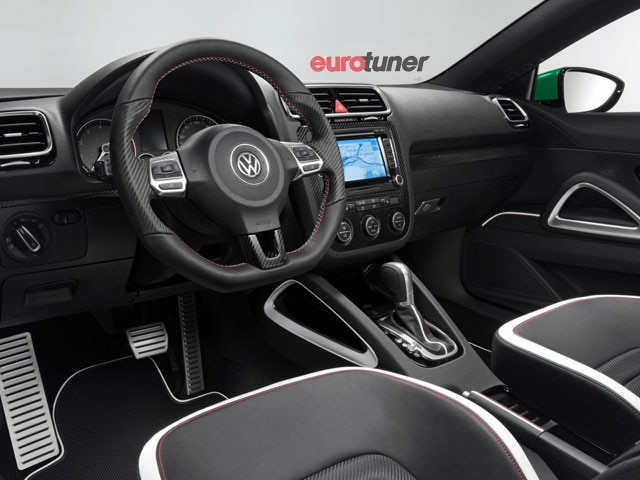 The large wing on the roof dominates the rear, although it fights for attention with the distinctive rear diffuser with twin oval exhausts on either side.

The interior has been upholstered with black nappa leather with white leather inserts. Italian-inspired stitching in green and red can be seen on the Recaro seats, steering wheel, armrest, shift knob and floor mats. Further embellishment has been achieved with low- and high-gloss carbon fiber trim, as well as carbon-style leather on the seat center panels, door trims and armrest.