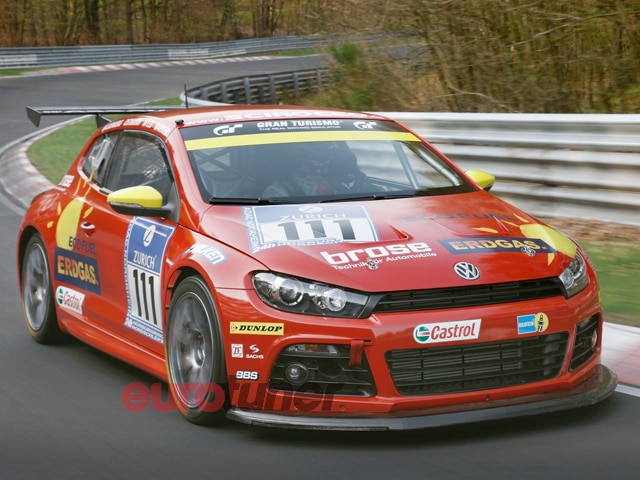 At the Nrburgring 24-Hour Race on May 23/24 Volkswagen will field two Sciroccos with innovative natural gas engines. Following the historic one-two victory at the Dakar Rally in January, which VW won as the first automobile manufacturer using diesel technology, the Wolfsburg brand is now taking on another technical challenge - the use of EcoFuel engines in the endurance test on the world's most demanding race track.

"The 24-Hour Race offers Volkswagen an exciting stage to demonstrate its technical capabilities and expertise," said VW Motorsport Director Kris Nissen. For this tough test on the challenging Nordschleife, VW developed a CNG (compressed natural gas) version based on the 2.0-liter gasoline engine that was victorious last year. The engineers focused on the fuel induction system as well as on the balance between maximum exhaust gas temperature and full use of the turbo's potential to optimize both drivability and power output. The result is just under 300hp and 260 lb-ft of torque, which is transmitted to the front wheels via a six-speed DSG transmission.