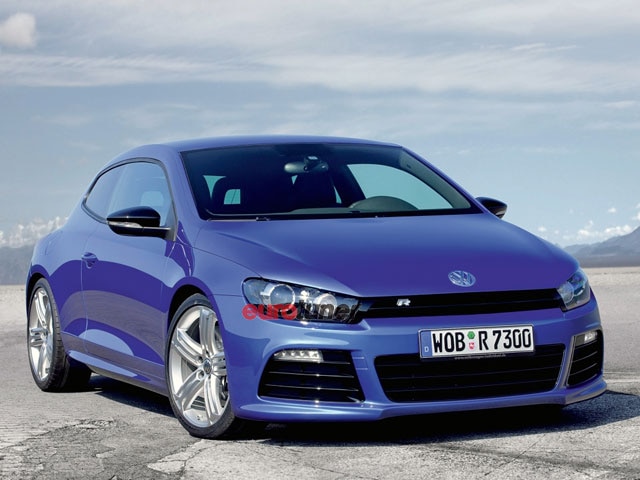 As the legendary 24-hour Nurburgring race is set to take place this week, Volkswagen had its own news to tell the world. Modeled from its team of race-prepped Scirocco GT24s, VW presented its new Scirocco R which will be sold readily to the European market.

The engine uses the same 2.0TSI motor with an upgraded power rating of 265 PS and 350 n/m of torque. Performance upgrades included a front axle differential lock.The design is largely based off the GT24 with large air intake openings, integrated front lip and bi-xenon headlights. The rear has a roof spoiler, black diffuser and dual exhaust. Let's not forget those 18" Talladega wheels which will be limited to the vehicle.

Although US enthusiasts can still only dream about the Scirocco, the new R lineup is a sign of great things to come. There's even word that a GTI R will make its way to the US with a similar performance-themed package with 265hp and all-wheel drive.