The ice tattoo is situated on the south bank of the River Thames close to Tower Bridge. Don't try licking it! 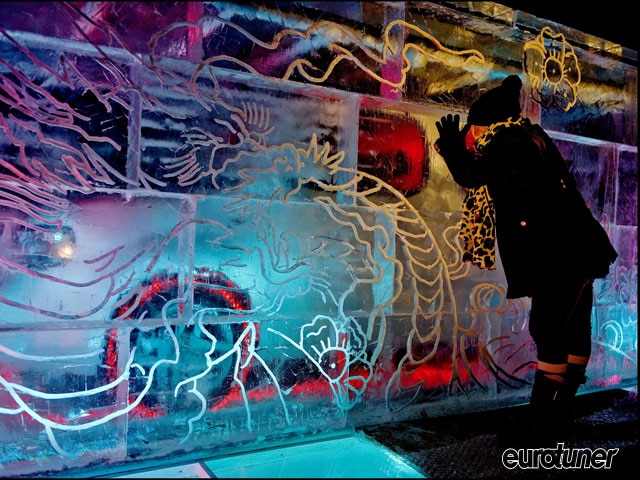