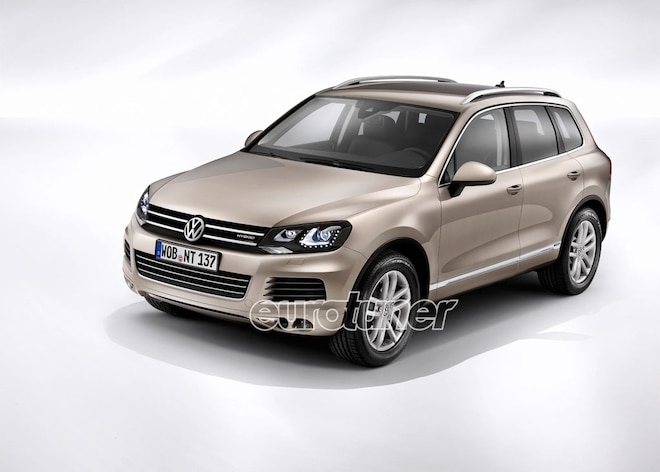 see the video at youtube.com/eurotuner
Volkswagen has unveiled the completely redeveloped Touareg. It is the most technically innovative VW since the brand began, thanks to a range of engines that are 20 percent more fuel efficient and a large variety of new assistance and safety systems. The Touareg will also be the first off-roader from a German car maker to be available in a hybrid version too. 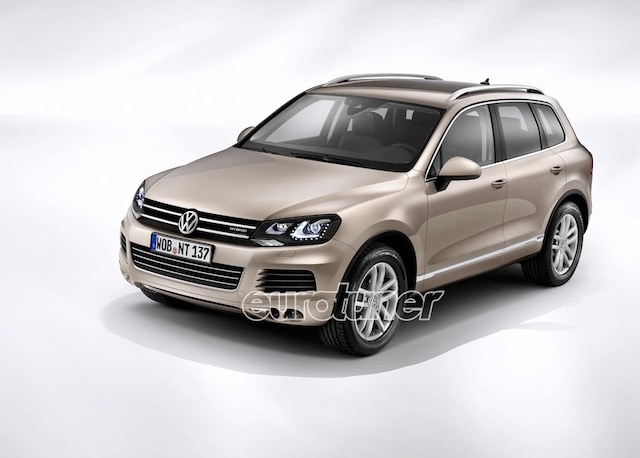 Lighter, more aerodynamic and fuel efficient
The Touareg was lightened by 460 lb in the base version. Yet, the body has five percent greater torsional rigidity. Designers attained a significantly improved aerodynamic Cd value, thanks in part to it being lower to the ground than the previous model. All European engines will be offered with a standard 8-speed automatic transmission – a first in this market segment – to demonstrate significant fuel economy advantages over the previous model.

All-wheel drive in two versions
Also modified in pursuit of reduced fuel consumption was the standard all-wheel drive. In the base version (4Motion), the new generation Touareg has all-wheel drive with Torsen limited-slip differential (4MOTION climbing ability - 31 degrees). The Touareg also has an "Off-road driving program" which, at the press of a button, tunes the ABS, EDS and ASR for off-road duty, activates Hill Descent Assist and adjusts the automatic gearshift points. Instead of a Torsen differential, the European V6 TDI can be ordered with an optional "Terrain Tech Packet" that has an even more rugged transfer case designed for off-road duty. It includes reduction gearing plus center and rear differentials, each with up to 100 percent locking (4XMOTION climbing ability - 45 degrees). Similar to the first Touareg, this version also has a rotary switch the driver uses to adapt the car to specific duty conditions over five levels: 1. "On-Road"; 2. "Off-Road" (plus automatic control of the mechanical locks); 3. Low (reduced gearing, higher shift points, no automatic upshift in manual); 4. Addition of center differential lock; 5. Addition of rear differential lock.

More space and innovation
The new interior was made more functional, the seats more comfortable and more rear leg room. Now the rear bench seat has 160mm in longitudinal adjustment, and the backrest angle can be adjusted. Electrically unlatched at the press of a button as an option, it folds down in seconds and frees up more cargo space. Already standard equipment in the base version is a radio-CD and info system, which is controlled by a 6.5-inch touch-screen. The parking brake is now activated by pushbutton. The engine (V6 versions) automatically shuts off at traffic lights and restarts as soon as the driver releases the brake pedal (Stop-Start system). As an option, the tailgate can be opened and closed by remote control. The largest panoramic sunroof of all SUVs provides for light even on overcast days. The innovative "Area View" utilizes four cameras to detect the Touareg’s surroundings and this enhances safety. Also offering protection are up to nine airbags. Lane Assist ensures that the vehicle does not stray from the right path; meanwhile, Side Assist warns of vehicles approaching from the rear when changing lanes. Adaptive Cruise Control (ACC) with integrated Front Assist can brake to a stop in an emergency and tension the seatbelts as a precautionary measure. Bi-Xenon headlights with Dynamic Light Assist perceive oncoming traffic and adjust the light beam to eliminate unwanted glare, and adaptive roll compensation ensures that the Touareg sits solidly on the street. Remember, these are European options and may change for US vehicles.

The new Touareg will already be available at European dealers in April. US sales dates have yet to be announced 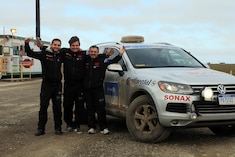 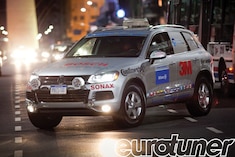 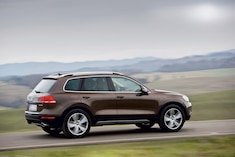 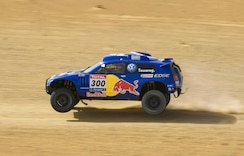 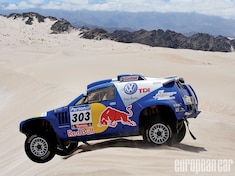 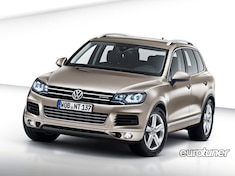