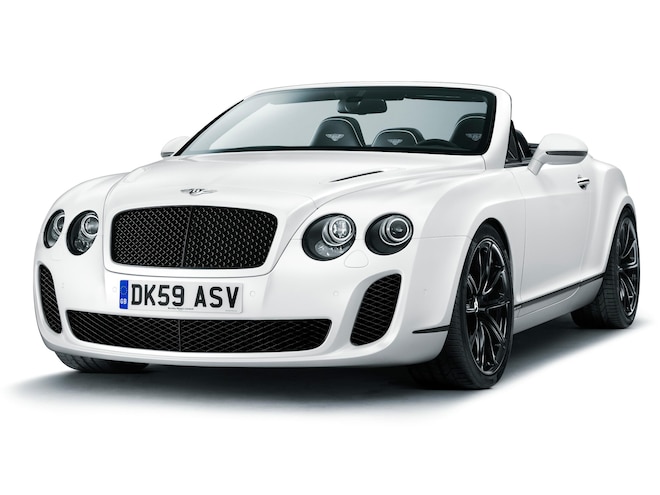 The Continental Supersports Convertible is the fastest, most potent drop-top Bentley ever built – 0-60mph in just 3.9 seconds and a top speed of 202mph. It is also the fastest four-seat convertible in the world. The Supersports version is the extreme Bentley convertible, offering a highly focused, pure Bentley driving experience. Muscular styling reflects the Supersports Convertible’s supercar personality with the practicality and elegance of four-seat accommodation. 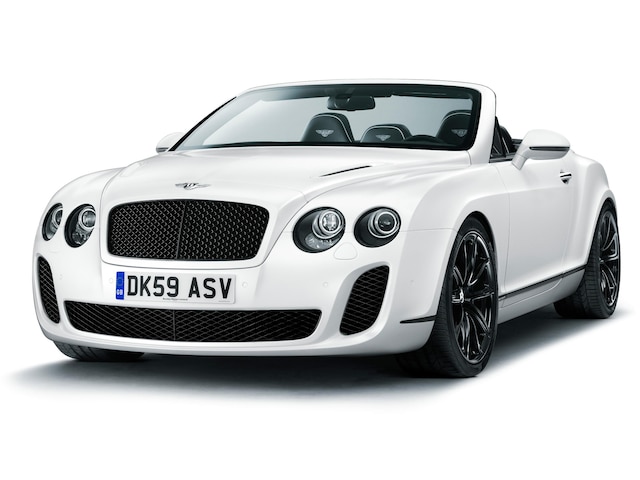 The standardization of pioneering FlexFuel technology across the 2011 Continental model range reaffirms Bentley’s on-going environmental commitment to make all its cars biofuel-compatible by 2012. Following the introduction of the Continental Supersports Coupé in 2009, the new Supersports Convertible, with the same 621hp twin-turbocharged W12 engine, is the fastest, most potent drop-top Bentley has ever built, offering the ultimate Bentley driving experience in the world’s most dramatic convertible.

The inspiration for the ‘Supersports’ name is the 1925 Bentley Supersports, a race-bred version of the iconic Bentley 3-liter, that delivered 85hp when more ordinary cars were equipped with a modest 15hp. It was also the first production car to reach 100mph – extreme performance in its day. The new, muscular four-seat Supersports Convertible is unmistakably Bentley in its design and craftsmanship but its interior signifies a dramatic re-interpretation of Bentley luxury. Satin-finished carbon fiber, Alcantara and ‘Soft Grip’ leather create a unique ambience with a distinctly sporting and contemporary style.

All models in the Continental model range, including the new Supersports Convertible are now capable of running on both petrol (gasoline) and E85 bioethanol or any combination of the two, reaffirming Bentley’s commitment to make all its cars bio-fuel compatible by 2012.

Pioneered by the Supersports Coupe, this FlexFuel technology offers a reduction of up to 70 per cent in CO2 emissions on a ‘well-to-wheel’ basis, a measure of a fuel’s net contribution to the atmosphere, not just tailpipe emissions. To ensure seamless power delivery, the on-board fuel supply system detects the blending ratio of the fuel in the tank and ensures that power and torque remain constant regardless of the ratio of petrol to biofuel.